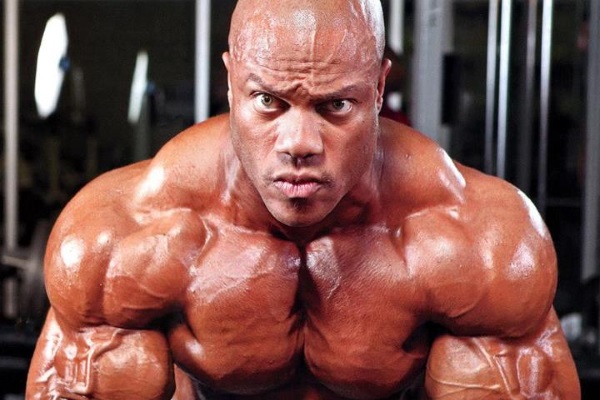 A detailed look at Olympia Weekend.

The 51st Mr. Olympia came to an end on September 19th 2015, Phil Heath was crowned the winner and received his fifth consecutive Sandow award but a lot of surprising events took hold during the Men’s Open Bodybuilding that need to be addressed moving forward into next year’s Super Bowl of bodybuilding.

Just a few short weeks before the 2015 Mr. Olympia took hold at the Orleans Arena rumors began spreading about Kai Greene possibly not doing the contest, it was later revealed by Mr. Greene himself in a very emotional video that he would miss the 2015 Olympia for reasons that were out of his hands. As the news began spreading, fans from all over the world showed their support for Kai Greene. Kai Greene not competing in this year’s Olympia was an incredible shock to the bodybuilding world as it let the door completely open for other athletes to take aim and hopefully bring the reigning champ down. Competitors like Shawn Rhoden, Dennis Wolf and Dexter Jackson didn’t get the opportunity to go up against The Predator this year but they truly demonstrated that they can go up against the best and come out on top.

Kai Greene is without a doubt one of the most popular bodybuilders in the entire planet and a fan favorite, this year was expected to be something special. Just a few weeks out of the contest, various videos and pictures of Greene appeared online and promised him to bring something new and special to this year’s Olympia. Just based on the teasers fans had him winning this year’s Super Bowl of bodybuilding. The reasons for Kai Greene not competing are unknown, he specified that the decision to compete or not was completely out of his hands, that said, the reason doesn’t matter, I know everyone wishes Kai Greene the best and expects him to be in the best shape of his life next year.

The Champ is not unbeatable

The highlight of this year’s Mr. Olympia was the clear fact that Phil Heath is not unbeatable, ever since the current Mr. Olympia showed up looking unreal at the 2011 contest, beating fan favorite and Four-Time winner Jay Cutler, fans have been waiting for the same type of physique to shock the bodybuilding world again. Heath claims that his favorite version of himself competed in 2013 but as fans argue it still didn’t compare to his first Olympia win. Last year we saw a version of Phil Heath that was far off from being the best we’ve seen him, a great amount of fans showed their discomfort with him winning the Olympia in 2014 and instead chose favorites such as Shawn Rhoden, Dennis Wolf and Kai Greene for the win.

Phil Heath was downsized last year and he showed notable amounts of distention, his condition was still very good though, this year he looked about the same size (maybe a tad bigger) as he did last year but he wasn’t as conditioned. Phil Heath looked a little flat and he was definitely one the smallest competitors in the top six. After the prejudging, there was no talk whatsoever about his usual dominance, names like Wolf, Rhoden and Jackson were positioned by fans as the favorites to win but the judges saw it completely differently. Heath was not the biggest, most conditioned nor most symmetric athlete on stage, The Champ can be beaten, some would argue that it has already happened on different occasions.

The Blade is still sharp
If you follow bodybuilding you probably already know that Dexter Jackson is probably one of the most consistent athletes to ever step on a bodybuilding stage, he always brings a close to perfect physique with top notch conditioning and shape. Dexter Jackson at 45 years of age was awarded the second place award at this year’s Olympia and gave Phil a run for his money. There is always talk regarding the age factor in bodybuilding, Dexter Jackson has shown us that age is just a number and that he can compete and consistently place for years to come.

The 2008 Mr. Olympia Champion brought a heavier, grainier and more impressive physique to the Olympia stage that will leave the fans talking for years to come, some fans impressively had him winning this year’s contest and adding a second Sandow to his collection. The post Olympia tour is just around the corner and you can bet on Dexter trying to win a few other shows and add them to his already impressive contest history.

Dennis Wolf is probably one of the nicest guys to ever step foot on an Olympia stage and definitely one of the biggest. His following is enormous and his posing is truly something else. During the press conference a great deal of fans began showing support for the 2015 Mr. Olympia contender, Wolf was confident leading up to the contest and the physique he brought to the stage was mesmerizing. The Mr. Olympia is a bodybuilding competition but for the past few years the nature of the contest has been transformed into something quite different, if one competitor could be used to describe the sport at its finest it would without a doubt be Dennis Wolf.

Dennis Wolf showed up looking huge, wide, full, conditioned and with an extremely small waist but yet he still fell short and got an undeserved fourth place. When Wolf walked on stage alone the fans went unsurprisingly crazy and as soon as he got compared to the rest of the competitors, his sheer size, width and conditioning overshadowed the rest of the Olympians, Dennis Wolf was truly overlooked and deserved a drastically higher spot.

Shawn Rhoden came in looking his biggest, his conditioning was almost near perfect but his only issue was his stomach control, an issue that Phil Heath had last year. Even though Shawn ended up taking the third place award home… he should have placed a little higher, just like Wolf and Dexter, many fans had him beating Heath.

The Future of Bodybuilding is here

The future of bodybuilding is always a topic that makes waves amongst enthusiasts, we all wonder what’s going to happen after Wolf, Heath, Jackson, Rhoden, Martinez and Warren retire. Dallas McCarver, William Bonac and Big Ramy were the big surprises of the show even though they are fairly new to the game of Bodybuilding; they will definitely have a bright future for years to come. Dallas McCarver came in looking huge, full and conditioned; he has a large frame so it’s only a matter of years until he fulfills his maximum potential.

It’s worth mentioning that both William Bonac and Roelly Winklaar got overlooked, Big Ramy came in looking worse than at the Arnold Classic Brazil just a few months ago but rumors are saying that he will work with the legendary Chris Aceto from now on. If these rumors are true we can expect to see a new Ramy that will make everyone tremble on stage.

Steve Kuclo looked a little flat on stage Friday night but came back looking really good on Saturday, Kuclo did not place as high as he would have liked but everyone makes mistakes. He is still young and has all the tools to be a real contender for the Mr. Olympia in the (really) near future.