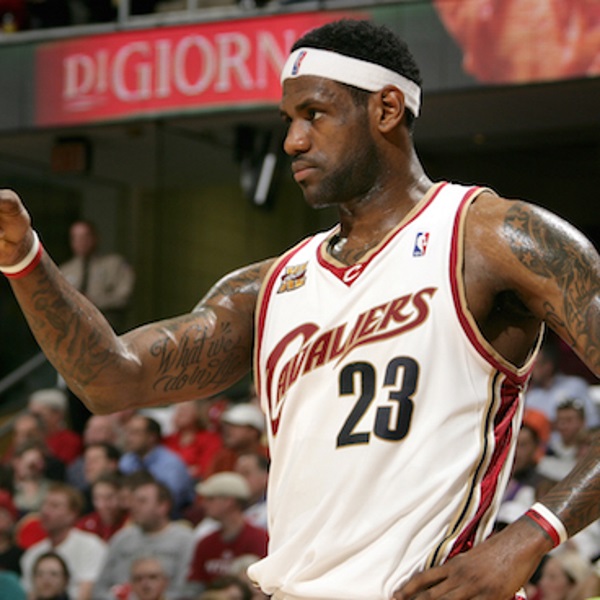 To survive, a pro athlete’s nutrition has to be on point. Players might’ve been able to eat junk in college and slide by on talent and skill, but when they arrive in the big leagues, the Cheetohs and chimichanga diet no longer cuts it. Professional teams spend big bucks making sure their players fuel up the right way, and many pro athletes employ personal chefs to ensure they always have access to healthy meals.

However, a few pros stand alone for their extreme dedication to nutrition. Their diets are categorized by insane restrictions and a meticulous attention to detail. When they indulge, they do it with ice cream made from avocado or cupcakes stuffed with kale. Perhaps unsurprisingly, these athletes are also some of the very best at what they do. These five pro athletes with ridiculously strict diets will make you think twice about what it means to eat healthy.

Tom Brady’s Dessert is Healthier Than Your Meal
Tom Brady might have the single strictest diet in sports. The two-time NFL MVP has tweaked his eating throughout his 17-year pro career, resulting in a diet that includes only extremely healthy foods that sit well with his body. He avoids white sugar, white flour, MSG, iodized salt, coffee, caffeine, alcohol, fungus, dairy, nightshade vegetables and even several types of fruit. With that exhausting list of exclusions, what foods are fit for Brady’s plate? Allen Campbell, the man who serves as Brady’s personal chef, revealed the details of his client’s diet in a recent interview with Boston.com.

“Eighty percent of what [Tom eats] is vegetables. the freshest vegetables. If it’s not organic, I don’t use it. And whole grains: brown rice, quinoa, millet, beans. The other 20 percent is lean meats: grass-fed organic steak, duck every now and then, and chicken. As for fish, I mostly cook wild salmon,” Campbell said. When Brady does indulge, he doesn’t pig out with a pint of Chunky Monkey—instead, he eats ice cream made from avocados.

There’s no doubt that Brady’s super strict diet has helped him play at an elite level into his late 30s, but he wasn’t always like this. During a 2005 interview with GQ, Brady chomped potato chips and drank Coca-Cola. Ten years later, he’d be calling those same foods “poison.”

Yankees first baseman Mark Teixeira is a perfect example of how an improved diet can lead to better performance. After losing much of the 2013 season to injury and a lackluster campaign in 2014, Teixeira was thought by many fans to be over the hill. Motivated to prove he still had something left in the tank, the 35-year-old dramatically altered his diet prior to the 2015 season.

In an effort to reduce inflammation in his body and perform at a higher level, Tex completely cut out gluten, dairy and sugar. He calls it the “No-Fun Diet.” He replaced his old favorites with foods like bison, salmon, turkey bacon and vegetable smoothies. It paid off big, as Teixeira bashed 31 home runs and earned himself a trip to the All-Star game. He’s stuck with the strict diet ever since, so don’t be surprised if the veteran posts another outstanding season in 2016.

If we’ve learned anything from LeBron James during the past few years of his illustrious career, it’s that he knows how to take care of his body. Good nutrition is a top priority.

During the Summer of 2014, James grabbed headlines for his use of a no-sugar, no-dairy, no-carb diet. He ate nothing but meat, fish, veggies and fruit for 67 straight days, and it helped him achieve a slimmer frame. Though James is eating carbs again, his diet remains very healthy. The majority of his meals consist of lean proteins, complex carbohydrates, fruits and veggies. When he does let himself indulge, one of his favorites is a cake recipe that includes a hearty helping of kale. Does kale cake even count as a dessert?

Even at 37 years old, Drew Brees is still putting up monstrous numbers for the New Orleans Saints. He led the NFL in passing yardage in four of the past five seasons, and it looks like he’ll still be the guy in the Big Easy in 2016.

Brees’s diet is perhaps the biggest reason why he’s been able to stay so good for so long. He has a number of food allergies and sensitivities, which he strives to avoid, including gluten, dairy and nuts. He’s big on fruits and veggies as well as lean proteins such as grilled chicken and fish. Brees uses many soy-based products in place of dairy, such as soy milk and soy yogurt. Knowing which foods react well with his body has helped Brees avoid inflammation and continue to compete at the highest level.

Alex Gordon Hasn’t Had a Cheeseburger Since 2012
Few pro athletes are as obsessed with preparation as Royals outfielder Alex Gordon. He plans every single second of the day to achieve maximum efficiency, and his weight room sessions are the stuff of legend. His attention to detail certainly shines through in his diet. He avoids fried foods. He never eats candy. He hasn’t had ice cream or a cheeseburger since 2012.

“To totally avoid those types of foods for years is a whole other level of discipline that a lot of people in the general population can’t fathom, nor do people in professional athletics often have that type of discipline,” Royals strength and conditioning coach Ryan Stoneberg told MLB.com.

Grilled chicken and steamed vegetables are the two big staples of Gordon’s strict diet, and he always drinks tons of water. “I don’t know if I eat to really enjoy food,” Gordon once told the Kansas City Star. “I think I eat just to be successful out [on the field].”