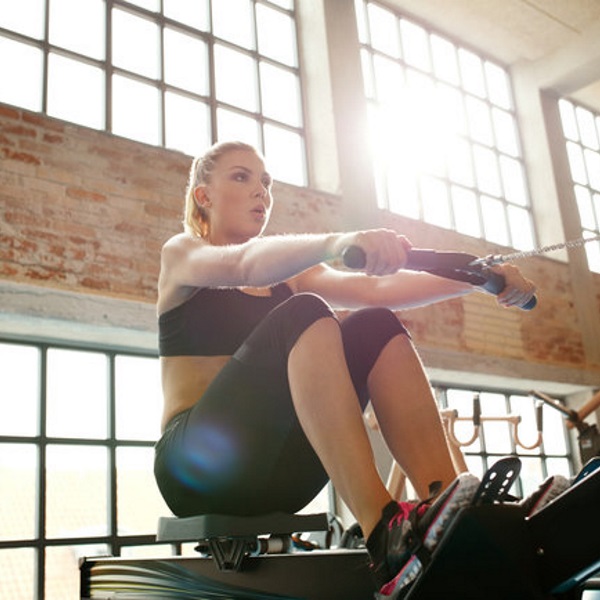 It’s not difficult to find articles touting all the magical benefits of burpees, planks, and squats. I’m not saying these aren’t good exercises. They are! But sticking to staples like these during your workouts gets old in a hurry, and is more likely to burn you out.

To help you mix up your gym routine, we asked personal trainers to reveal their favorite underrated exercises.

Kettlebell swings
Kettlebell workouts surged in popularity in 2013 along with CrossFit and the Paleo diet. But after that brief moment in the sun, most people moved on to bigger and better things. Cristina Osorio, kettlebell and fitness instructor at TruFusion, suggests reviving the weighted handlebars. “The kettlebell is one of the most dynamic tools for strength, flexibility, and endurance training,” Osorio explains. “Because kettlebell swings create very minimal impact on your lower body, it’s the perfect solution to bringing cardio into your workout routine without agitating your knees.”

Bridges
You know that weird exercise that makes you look like you’re dry humping… well, nothing? Those are called bridges, and according to Ellen Thompson, head personal trainer at Blink Fitness Penn Plaza, you should do them more often. “If you really want to target the butt and activate those glutes, bridges are where it’s at,” Thompson says, adding that bridges are one of the best glute-activation exercises around. Plus, they’re a versatile exercise. “You can perform standalone [bridges] as a bodyweight movement, with weights for a strength movement, or add an exercise ball as a stability movement.”

Calf raises
This exercise may not look like much more than standing on your tippy toes, but Courtney Paul, trainer at YG Studios, claims it’s a must when training the lower body. “Nothing is more unappealing than someone who has muscular quads, hamstrings, and glutes with underdeveloped calves,” he says. “So before you hit the showers, polish your gastrocnemius and soleus muscles!”

Single-leg squats
Up the ante on traditional squats with single-leg squats, says Patrick Mason, yoga instructor at TruFusion. “By using only one leg on a hack squat machine, or doing pistol squats freestanding, you’re ensuring that each leg does exactly the same amount of work,” Mason explains. “This helps build your leg muscles evenly.”

Rowing
Though it may be the case on House of Cards, in real life you don’t need to be an elitist to hop aboard a rowing machine — so don’t be afraid. Eric Salvador, head instructor at New York City’s The Fhitting Room, praises the benefits of this low-impact, total-body workout. “Rowing works all the major muscle groups, from the quads, hamstrings, glutes, lats, core, shoulders, lower back, and biceps,” Salvador says. “That means rowing packs a punch and torches calories while building muscle.” Rowers work like stationary bikes in that the user controls the intensity; the harder you push or pull, the harder it gets. “You can have fun performing different kinds of workouts, like slow, steady, longer distances, versus shorter, more high-intensity intervals,” Salvador says.

Plyo knee tucks
You might think that a push-up is challenging enough, but you could double its effectiveness by adding knee tucks into the movement, says Alonzo Wilson, founder and athletic director at New York City training center Tone House. “Begin in a push-up position, then jump — exploding your knees toward your chest in the air — before returning to the original push-up position,” Wilson says. “Then, do a push-up.” Not only will you engage your abs, shoulders, chest, and legs, but this movement revs up your heart rate, too.

Plank jacks
Don’t waste your time attempting to break the world record in planking: experts say there are few benefits to holding a plank longer than two minutes, anyway. What you should be spending your time on, according to Garner Pilat, fitness manager at Orangetheory Fitness in Brooklyn Heights, are exercises that stabilize the core and use your body for resistance — like plank jacks. “Not only does this exercise give you the balance and core challenge of a plank, but they also get the cardiovascular system involved and your heart rate up by actively moving the lower body.”

Weighted side bends
Weighted side bends are often overlooked, but they target the obliques — one of the largest muscles in the abdomen. It’s also the body’s natural girdle (meaning working it can lead to a tighter waist), according to Paul. “Most importantly, side bends work your quadratus lumborum, which runs from your iliac crest to your lumbar spine.” Translation? Fine-tuning these muscles keeps you in alignment, and stable through other movements.

Lunges
Lunges are often ignored for their butt-boosting cousin, the squat. But lunges are extremely undervalued, mostly because of all the different variations you can do with them, Thompson says. Reverse, weighted lunges can target your glutes, walking lunge rotations (while holding dumbbells at chest height, twisting through the torso) target your core, and lunges with your front or back foot on a BOSU ball improve functional stability.

Single-leg lunge jumps
If lunges are underrated, single-leg lunge jumps probably aren’t even on your radar. Wilson nominates them as a great way to build explosive power and strengthen your legs, calves, and lower abdominals. “Start in a backward lunge position, then jump and bring your back leg up toward your chest,” Wilson explains. “Land back in the lunge position, with the same leg back.”

The Turkish get-up
Don’t worry, the Turkish get-up isn’t as complicated as it might sound, but it’s pretty damn difficult. It’s a full-body movement that starts while lying on your back, holding a kettlebell or dumbbell above one shoulder. Then, you stand up — while continuing to hold the weight above you. By training one side of the body at a time, Turkish get-ups improve stability, balance, and core strength. “I recommend Turkish get-ups as a warm-up exercise because [they] engage every muscle in the body,” Salvador explains. “As an added bonus, they strengthen the shoulders without actually having to press heavy weights overhead.”

Shrugs
Don’t shrug at shrugs (sorry, dad joke). Paul recommends them for trapezius development, a major back muscle. “Not only will shrugs strengthen your shoulders and back, but they’ll most definitely help fill out your shirts!”