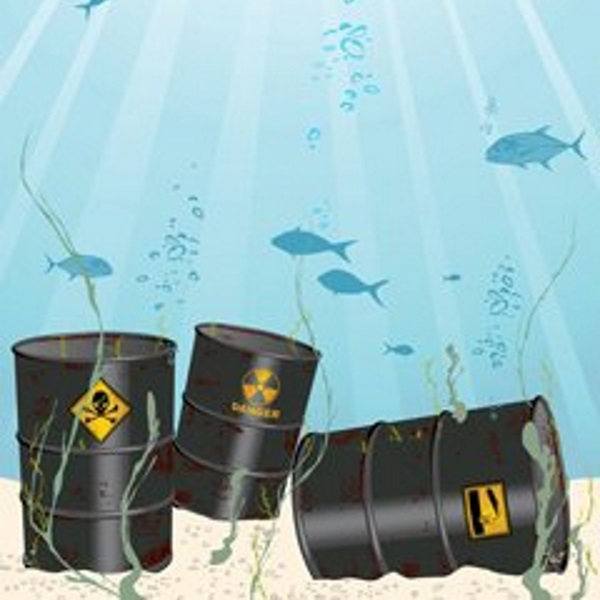 Fish is one of the healthiest foods you can eat.

That’s because it’s a great source of protein, micronutrients and healthy fats.

However, some types of fish can contain high levels of mercury, which is toxic.

In fact, mercury exposure has been linked to serious health problems.

So what should you do? Does it mean you need to avoid all fish?

This article explains what you need to know.

Why Mercury Is a Problem

It’s released into the environment in several ways, including through industrial work like burning coal or natural occurrences like volcanoes.

People can be exposed to mercury in a number of ways, such as breathing in mercury vapors during mining and industrial work.

Over time, it can concentrate in their bodies. This is usually in the organic form, which is known as methylmercury.

This is a highly toxic form that can cause serious health problems when it reaches certain levels in the body.

Bottom Line: Mercury is a naturally occurring heavy metal. It can build up in the bodies of fish in the form of methylmercury, which is highly toxic.

Some Fish Are Way Too High in Mercury

Many types of fish contain mercury.

One study found that 25% of fish from 291 streams around the US contained more than the recommended limit (2).

Another study found that one-third of fish caught on the New Jersey shore had mercury levels higher than 0.5 parts per million, a level that could cause health problems for people who eat this fish regularly (3).

Overall, larger and longer-lived fish tend to contain the most mercury (4).

These include shark, swordfish, fresh tuna, marlin, king mackerel, tilefish from the Gulf of Mexico, northern pike and more (5).

Larger fish tend to eat many smaller fish, which contain small amounts of mercury. This is not easily excreted from their bodies, so levels accumulate over time. This process is known as bioaccumulation (6).

Mercury levels in fish are measured as parts per million (ppm). Below are the average levels in different types of fish, from highest to lowest (5):

How Mercury Accumulates in Fish and Humans

Eating fish and shellfish is a major source of mercury exposure in humans and animals. Exposure, even in small amounts, can cause serious health problems (7, 8).

In the same way that mercury can accumulate in fish, it can also accumulate in humans. This has resulted in mercury poisoning in extreme cases.

However, sea plants like algae absorb it. Fish then eat the algae, absorbing and retaining the mercury. Larger fish then accumulate higher levels from eating smaller fish (9, 10).

In fact, larger predatory fish may contain mercury concentrations up to ten times higher than the fish they consume. This process is called biomagnification (11).

Another study in Sweden found that among 143 people, around half had hair mercury levels higher than the recommended limit (14).

Additionally, these studies found that consuming higher amounts of fish was linked to higher levels of mercury.

What’s more, many studies have shown that people who regularly eat larger fish — such as pike and perch — had higher levels of mercury in their bodies (14, 15).

Bottom Line: Eating greater amounts of fish has been linked to higher levels of mercury in the body, especially when eating larger fish.

Mercury is toxic and exposure to it can cause serious health problems (16).

In both humans and animals, higher levels of mercury are associated with neurological problems.

A study of 129 Brazilian adults found that higher levels of hair mercury were associated with a decrease in fine motor skills, dexterity, memory and attention (17).

Recent studies have also linked exposure to heavy metals, such as mercury, to diseases like Alzheimer’s, Parkinson’s, autism, depression and anxiety (18).

However, more studies are needed to confirm this link.

One study of 1,800 men found that those with the highest levels of hair mercury were twice as likely to die from heart-related problems than men with a lower level of hair mercury (24).

Nevertheless, it is likely that the nutritional benefits you get from fish outweigh the risks from mercury exposure (25).

Bottom Line: Higher levels of mercury can harm neurological function and heart health. However, the health benefits you get from eating fish may outweigh these risks.

Some People Are at Greater Risk and Should Be Extra Cautious

Mercury in fish does not affect everyone in the same way. Therefore, certain people should be extra careful when it comes to eating fish.

Fetuses and children are more vulnerable to mercury toxicity, and mercury can easily be passed to a pregnant mother’s fetus or a breastfeeding mother’s infant.

One animal study found that exposure to even low doses of methylmercury during the first 10 days of conception impaired brain function in adult mice (26).

Another study found that children exposed to mercury while in the womb had difficulties with attention, memory, language and motor function (27, 28).

Additionally, some studies also suggest that certain ethnic groups, including Native Americans, Asians or Pacific Islanders, may have a greater risk of mercury exposure. This is likely because fish is a large part of their usual diets (29).

How to Eat Fish Safely

Overall, you shouldn’t be afraid to eat fish.

The health benefits of eating fish are powerful, and fish are an important source of omega-3 fatty acids.

In fact, it is generally recommended that most people eat at least 2 servings of fish per week.

However, the FDA advises people at high risk of mercury toxicity (women who may become pregnant, pregnant women, breastfeeding mothers and young infants) to keep the following recommendations in mind (30):

Following these tips will help you maximize the benefits of eating fish while minimizing the risks of mercury exposure.