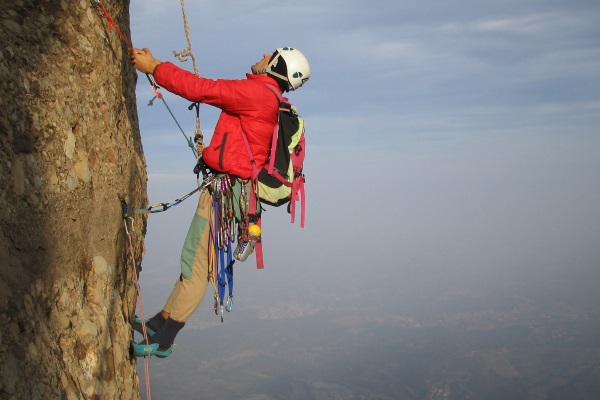 Mountain climbers returning from an expedition have a higher testosterone level than when they depart. Italian andrologists from the University of L’Aquila studied seven experienced climbers on an expedition in the Himalayas. They made a discovery that may be of interest to strength athletes.

Study
The Italians wanted to find out more about the effect of high altitude on male fertility and hormone balance. Studies and anecdotes suggest that the effects are negative. One theory often cited is that climbers are affected by radiation.

The Italians examined the climbers three days before they flew to Kathmandu in Nepal. [SL-pre]

From Kathmandu the climbers took 13 days to reach their base camp, from where they trekked for 22 days through the mountains. During this period they were about 6,000 metres above sea level. They did not use extra oxygen. The climbers then took 8 days to return to Kathmandu, where their blood was examined for a second time. [Intermediate]

Ten days after the climbers had returned home, the researchers examined the climbers for the last time. [SL-post]

Results
The climbers’ stay in the Himalayas had indeed had an effect on their sperm count. They produced less than half the amount they produced before their trip. The quality of their sperm had not changed, however.

Their hormone balance changed too. Especially during the expedition their LH and FSH concentrations were raised. The hypothalamus hormones stimulate the production of testosterone through the Leydig cells in the testes.

The time spent in the mountains eventually caused the testosterone level of the climbers to increase by more than half. The Italian researchers attribute this to the climbers’ decrease in fat mass. Their average body fat percentage declined from 26 to 23.

Conclusion
We are of course just ignorant writers of postings, but we dare to differ. We don’t believe that the reduced fat mass is the explanation for the raised testosterone level. We’d put our money on the lower oxygen concentration in the Himalayas. If we are right, strength athletes can benefit from sleeping – and training – in an altitude tent.