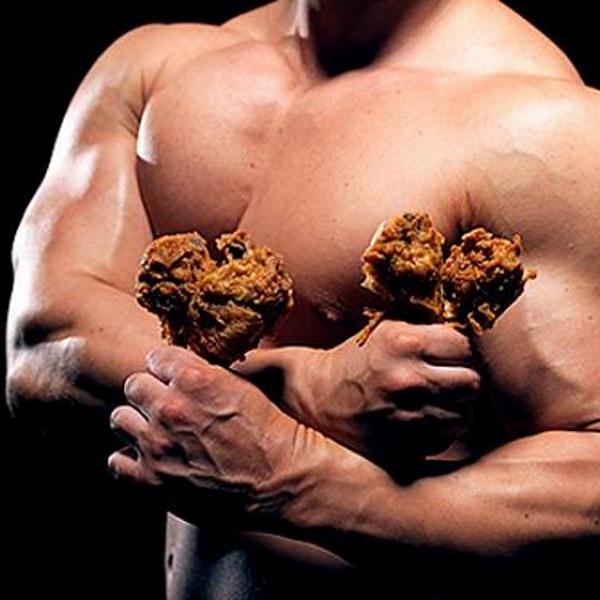 When it comes to defining foods as good or bad, not everything is as it seems. In general, good food is defined as food that provides nourishment and enables people to thrive without endangering their health and well-being.We’ve been told to avoid trans fats because they contribute to clogged arteries and heart disease and steer clear of simple sugar because it will most likely make us gain weight and develop diabetes, but we should embrace organic veggies, berries and vitamin supplements because they have an ability to magically boost our health.

Every day, we read more and more articles that celebrate some foods as super healthy and condemn others as the roots of all diseases known to mankind. Yet, mainstream nutrition experts seem to constantly change their minds about what constitutes a healthy diet which leads to a lot of confusion over health and nutrition in the public, amplified by contradictory research findings. So if there’s something to be learned from this situation, it’s that we should take every nutrition advice with a grain of salt and try to form our own opinion before making big decisions and excluding certain foods from our diet forever. Read the rest of this article to learn some surprising facts about some of the most feared foods today.

Fried foods have been depicted as enemies of our health for decades. However, almost nobody talks about the difference between the effects of different oils and temperatures on food.

While it’s true that oil adds a certain number of calories, it also helps the absorption of vitamins like A, D, E, K, beta carotene, lycopene and lutein, all of which require fat in order to be absorbed by the body. Practically, if you don’t eat them with some fat, your body can’t use them at all and you’re wasting your time eating all those oil-free salads. When frying, it’s best to use oils that have a high “smoke point”, or start smoking at a higher temperature. This is because overheating oils changes their chemical composition and makes them less healthy or even toxic. Some oils, like olive, avocado, peanut or sesame oil, are better suited for high-temperature frying than others, like butter and coconut oil, which have too low of a smoke point, but the latter can be safely used for low-temperature frying. There’s still ongoing debate among scientists and experts about whether high heat turns cooking oils into nasty trans fats, but pretty much everyone agrees that this process is more likely to occur if the same oil gets used more than once.

Trans fats are widely accepted as being unhealthy, and for good reason. Trans fats are fatty acids formed through a chemical process called hydrogenation in which hydrogen is added to liquid vegetable oils to make them solid. Since this process increases the products’ shelf life and flavor stability, it’s frequently used by many processed food manufacturers. Other than in processed foods, small amounts of trans fats can be naturally found in meat and diary products.

Now, the problem with these fatty acids is that they simultaneously raise the bad cholesterol and lower the good one, thereby increasing the consumers’ risk of stroke and heart disease if consumed regularly. But what isn’t commonly known is that certain types of trans fats are actually beneficial for human health. One group of these ‘good’ trans fats is known as CLA, or conjugated linoleic acid, and it can be found in the dairy fat and meats from grass-fed animals. And while industrial trans fats have been shown to increase the risk of heart disease, cancer and obesity, CLA and similar trans fats found naturally in grass-fed meat actually have the ability to decrease the risk of the same diseases. In both experimental and case control studies, CLA has been found to reduce the risk of cancer, prevent the development and improve the management of type II diabetes and reduce the risk of heart diseases thanks to its potent anti-atherogenic effects. In addition, some other studies have suggested that CLA can promote weight loss in overweight and obese individuals.

Bacon is most commonly made from pork, the meat from pigs, and typically goes through a curing process where the meat is soaked in a solution of salt, nitrates and spices. This process is used to preserve the meat and make it an unfriendly environment for bacteria to live in. All over the world, bacon has been demonized because of its high fat content, but the truth is that about 50% of the fats in bacon are monounsaturated and a big chunk of those is oleic acid. Oleic acid improves blood circulation, normalizes cholesterol and glucose levels, packs an abundance of antioxidants, inhibits the growth of cancerous cells and reduces inflammation all over the body, all of which make it a potent tool for preventing diabetes, cancer and other serious diseases. Bacon also contains saturated fats and a decent amount of cholesterol, but many studies have concluded that these two don’t have a significant effect on the cholesterol in the blood.

However, around 10% of the fats in bacon are polyunsaturated fatty acids, mostly omega-6, which are considered to be the bad fats that contribute to the development of cardiovascular disease and other health issues. But if you look for bacon made from pastured pigs that ate a natural diet instead of the industrial diet consisting of soy and corn, you have nothing to worry about. Overall, if eaten in moderation (which applies for pretty much everything else), bacon isn’t harmful and can actually be beneficial for the health.

You’ve probably already heard that brown rice is far superior to its white counterpart in terms of nutrition density, glycemic index and what not. No matter if you’re trying to lose fat, build muscle or just be healthier, everyone will tell you to avoid white rice at all costs and embrace the magical properties of brown rice. Where did this trend come from? Well, first of all, it’s true that white rice has a higher GI value than brown rice, but this information is borderline useless in terms of the real world. The GI value of a food is determined when the food is eaten in isolation after an overnight fast, so when there are other foods in your system already in the process of being digested, that will reduce the speed of digestion of all other foods being eaten from that point on. In addition, all other foods that are eaten along with the rice greatly reduce the speed of digestion of the entire meal. So, unless you’re eating a plate of plain rice first thing in the morning, the type of rice you eat is irrelevant and will digest slowly anyway.

Furthermore, in terms of nutritional density, the hard reality is that brown and white rice offer almost identical amounts of carbs, protein and fiber. In fact, rice is not a particularly good source of fiber, compared to fruits and vegetables. And finally, brown rice contains phytic acid, the compound that gives it its darker color, which is known to inhibit enzymes we need for food digestion.

For almost two decades now, ketchup has the despised status of a junk food in the public opinion. And when you consider all the added sugars found in most commercial brands of this condiment, it’s no wonder it got such a bad rep. However, if you can find a brand without any added sugars or make it by yourself with tomatoes, vinegar, salt and spices, ketchup can become a real healthful gem in your diet – it’s very low in calories (there are only 15 calories in one tablespoon, compared to 100 calories in one tablespoon of mayonnaise), contains practically no fat and it’s especially high in lycopene, one of the most important cancer-fighting phytonutrients found in tomatoes and other red fruits and vegetables. This antioxidant is about 100 times more powerful than Vitamin E in protecting your body’s cells from free radical damage.

Additionally, it promotes healthy cholesterol levels, reduces the risk of many types of cancer and fights osteoporosis and male infertility. Unfortunately, lycopene can’t be absorbed very well if eaten in raw form, which makes processed tomato products the best sources of bioavailable lycopene. So as long as you use a product that doesn’t contain added sugars, ketchup can be an incredibly healthy addition to your favorite meals.

For a long time, butter was considered a dietary bad guy because of its high saturated fat content. But since then, a vast pool of extensive studies have shown that the fat in butter, particularly from grass-fed cows, is not actually linked to heart disease so recently butter has been making a comeback as a healthy food. Besides being an amazing source of healthful fatty acids, such as conjugated linoleic acid (CLA) and butyric acid, butter offers plenty of fat-soluble vitamins such as vitamin A, E and K2, the last of which has powerful effects on human health but is very rare in the modern diet. Eating butter helps slow down the absorption of carbohydrates, leading to stable energy levels and an enhanced cognitive functioning.

In addition, studies have shown that frequent margarine consumption increases the risk of cardiovascular disease, while frequent butter consumption had no such effect. It’s time to toss the margarine away and treat yourself with some good quality butter now and then without fearing that it will kill you.

Potatoes rank high on the glycemic index, which as we mentioned before is a rather imperfect scale, and are often associated with fatty foods like fries and chips, resulting with their modern status as not-so-healthy food. They are considered to be low in crucial nutrients and also receive a bad rep when it comes to dieting because of their high carb content. But potatoes actually have a lot more to offer than a starchy flavor – they are a good source of belly-filling fiber, potassium, calcium, magnesium, folate, vitamin C. In addition, they are one of the best natural sources of starch.

Potatoes are easy to digest and actually facilitate digestion by stimulating peristaltic motion and increased secretion of gastric juices. They’re also very effective in reducing inflammation, both internal and external, and contain compounds that protect heart and brain health. Finally, their high carb content makes them the perfect food for keeping hunger pangs away and promoting weight loss, as long as you prepare them in a healthy way and consume in moderation.