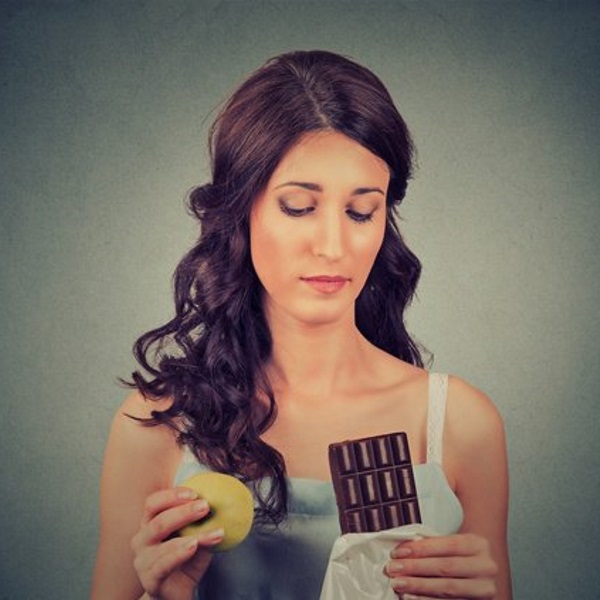 You may have heard that you should avoid certain foods like the plague.

However, this type of advice is often based on outdated or downright false nutrition information.

The truth is that many foods considered unhealthy are actually just the opposite.

Here are 11 “demonized” foods that are actually quite good for you.

Eggs are one of the healthiest foods you can eat.

Unfortunately, people were advised for years to avoid whole eggs. That’s because the yolks, which are high in cholesterol, were believed to raise blood cholesterol and increase heart disease risk.

However, studies show that when you eat high-cholesterol foods such as eggs, your liver produces less cholesterol to compensate. In most cases, blood cholesterol levels remain pretty stable (1, 2, 3).

In fact, whole eggs may help protect your heart health by changing the size and shape of LDL (“bad”) cholesterol. At the same time, HDL (“good”) cholesterol levels and insulin sensitivity increase (3, 4).

In a 12-week study of people with metabolic syndrome, the group consuming whole eggs experienced greater improvements in heart health markers than the egg white group. They also had greater reductions in insulin levels and insulin resistance (4).

Eggs also contain easily digested, high-quality protein. They can even help you stay full and satisfied for hours so you consume fewer calories later in the day (5, 6, 7).

In addition, egg yolks are high in lutein and zeaxanthin, which may protect against common age-related eye diseases such as cataracts and macular degeneration (8, 9).

In the past, coconut oil was commonly used in packaged foods and food preparation, including making popcorn.

However, the concern that its saturated fat might cause heart disease led food manufacturers to replace it with partially hydrogenated vegetable and seed oils.

In fact, some types of saturated fat, such as those found in coconut oil, may actually benefit the heart.

For example, coconut oil has been shown to increase levels of HDL cholesterol more than LDL cholesterol, leading to a healthier ratio of these values (10, 11).

Coconut oil contains medium-chain triglycerides (MCTs), which are taken up directly by your liver for use as energy. Animal research suggests they may be less likely to be stored as fat than longer-chain fats (12).

Indeed, some small studies show that adding coconut oil to your diet helps you lose weight and belly fat (11, 16).

Cheese, butter and cream are high in saturated fat and cholesterol.

Still, many people consume only low-fat and fat-free dairy products. These products lack some of the health-promoting qualities of full-fat varieties.

For instance, only full-fat dairy contains vitamin K2, which helps protect heart and bone health by keeping calcium in your bones and out of your arteries (21, 22, 23).

Consuming full-fat dairy may also improve your body composition during weight loss and as you age (25, 26).

In a controlled study, older adults who added 7 ounces (210 grams) of ricotta cheese to their daily diet for 12 weeks experienced improvements in muscle mass, balance and strength (26).

Legumes include beans, lentils, peas and peanuts, which are rich in protein, minerals and fiber.

However, they’ve been criticized for containing phytates and other antinutrients that impair the absorption of minerals such as zinc and iron.

This seems to be a concern only for people who don’t eat meat, poultry and fish. Those who consume meat are able to absorb enough of these minerals from animal foods, and legumes don’t inhibit their absorption (27, 28).

At any rate, there are ways to reduce the antinutrients in healthy plant foods.

Summary: Phytates and other antinutrients in legumes pose little concern for people eating a varied diet. Studies suggest that legumes may reduce inflammation and promote heart health and weight loss.

Red meat has been criticized for increasing the risk of heart disease, diabetes, cancer and other serious diseases.

However, unlike processed meat, unprocessed red meat seems to have only a very weak association with increased disease risk, if any (35, 36, 37).

Unprocessed meat is a great source of high-quality protein and an important part of the evolutionary diet of humans. It’s what allowed people to grow taller and develop larger, more complex brains (38, 39).

Animal protein, including meat, is credited with improving muscle function. Older women in one study who ate lean beef experienced increased muscle mass and strength. They also had reductions in some inflammatory markers (40, 41, 42, 43).

In addition, meat is one of the best sources of heme iron — the type most easily absorbed by your body (44).

Overall, grass-fed meat seems to be the healthiest option. It contains more CLA than grain-fed meat, along with more omega-3 fatty acids (45, 46, 47).

That being said, don’t overcook your meat. Eating charred and overcooked meat may be harmful to your health.

Although it may cause side effects in caffeine-sensitive people, coffee generally provides many health benefits.

Studies show the caffeine in coffee improves mood, as well as mental and physical performance. It may also boost your metabolism (48, 49, 50, 51, 52).

One study found that men who consumed coffee bean polyphenols before a meal had significant improvements in artery function, compared to a control group (53, 54).

In an observational study of over 1,700 men, those who drank more than 2.5 cups of coffee per day had lower levels of several inflammatory markers than those who didn’t drink coffee (55).

Researchers note that lower inflammation could be a factor in the reduced cancer risk seen in coffee drinkers.

Coffee also appears to have a protective effect on liver health, including slowing the progression of chronic hepatitis C and reducing liver cancer risk (58, 59, 60).

However, research shows that canning and freezing vegetables retains most of their nutrients. It also results in a less expensive product (61).

In fact, canning or freezing can actually preserve some nutrients, and the content of certain vitamins decreases during normal refrigeration.

One study analyzed the vitamin C content in peas and broccoli that had been frozen for 12 months. It was similar to that of vegetables purchased at the grocery store — and it was higher than that of vegetables stored at home for several days (62).

Blanching (quickly boiling) kills bacteria and helps keep the colors and flavors of vegetables intact. However, some loss of vitamins C and B does occur when vegetables are blanched prior to freezing or canning (63).

Although the blanching process results in a loss of these water-soluble vitamins and their antioxidant capacity, very little further loss occurs after the vegetables are frozen or canned (63, 64).

On the other hand, vitamins A and E, minerals and fiber are retained during the blanching process because they’re more stable in water. Therefore, levels of these nutrients in fresh, frozen and canned vegetables are similar (65).

Summary: Some water-soluble vitamins and antioxidants may be higher in fresh produce. However, overall the nutrient content of canned and frozen vegetables is comparable to that of fresh.

Whole grains are often claimed to be harmful in certain circles, including the paleo community.

It’s true that grains are not appropriate for everyone. This includes some people with diabetes and grain sensitivities, as well as those following a low-carb diet.

However, certain whole grains can have health benefits for other people. In fact, regularly eating whole grains has been linked to reduced inflammation, body weight and belly fat (66, 67, 68, 69).

Furthermore, oats are shown to benefit heart health, primarily due to their high fiber and antioxidant content (70, 71, 72).

Oats contain a unique fiber known as beta-glucan, a viscous fiber which may help reduce appetite and promote feelings of fullness (73, 74).

In one study, 14 people consumed meals containing different amounts of beta-glucan. Levels of the fullness hormone PYY were significantly higher 4 hours after consuming the highest amount of beta-glucan, compared to the lowest (74).

In addition to conventional whole grains such as wheat, barley and oats, there are other grains known as pseudocereals, including buckwheat and quinoa. These are gluten-free and higher in protein than most other grains (75).

Quinoa is especially rich in antioxidants. One study evaluating 10 plant foods from Peru found that quinoa had the highest antioxidant activity (76, 77).

Summary: Whole grains, including pseudocereals, may provide beneficial health effects due to their high nutrient, antioxidant and fiber content.

Salt, or sodium, is often cast in a negative light for raising blood pressure and increasing the risk of heart disease and stroke.

However, salt is a critical electrolyte needed to maintain fluid balance and keep your muscles and nerves functioning properly.

The US Dietary Guidelines for 2015–2020 recommend that sodium intake should be less than 2.3 grams for healthy adults. That same recommendation has been in place for decades (78).

However, although some health conditions warrant sodium restriction, research shows that consuming less than 2.3 grams of sodium daily doesn’t necessarily benefit everyone. In fact, it may actually lead to problems in some people (79, 80).

For instance, some studies suggest that low-sodium diets reduce insulin sensitivity and increase cholesterol and triglycerides in healthy people (81, 82, 83, 84).

What’s more, some studies have found that sodium restriction is actually linked to an increased risk of heart attacks and stroke (85, 86, 87).

In a large observational study of over 130,000 people, sodium intake under 3 grams per day was linked to increased heart disease risk in people with normal or high blood pressure (87).

Although some people can benefit from a low-sodium diet, it’s probably a bad idea to recommend that everyone restrict sodium.

Summary: Although salt restriction may benefit people with certain health conditions, it may lead to problems in others.

Shellfish include shrimp, mussels, clams, crab and oysters. They are generally considered healthy, although many people worry about the high cholesterol content.

Although shellfish are fairly high in cholesterol, eating them isn’t likely to raise your blood cholesterol. Your liver will simply produce less cholesterol to compensate.

In addition to being filling, these high-protein, low-calorie foods are rich in selenium, a mineral vital to brain function (88, 89).

Summary: Concerns about the high cholesterol content of shellfish are misguided. Shellfish are a good source of high-quality protein and important minerals, including selenium and iodine.

Most people typically don’t think of chocolate as nutritious, since it’s high in sugar and calories. However, dark chocolate or cocoa may provide several health benefits.

First, it’s an antioxidant powerhouse. In fact, cocoa contains flavanols that provide greater antioxidant activity than any fruits, including blueberries and acai (92).

Dark chocolate has also been shown to increase insulin sensitivity, reduce blood pressure and improve artery function in overweight adults and those with high blood pressure (93, 94).

What’s more, dark chocolate appears to protect against sun damage. One study found that people who ate high-flavanol chocolate were able to stay out in the sun twice as long before turning red (95, 96, 97).

It’s important to consume dark chocolate with at least 70% cocoa to get these health benefits, which are mainly due to its flavanols (98).

When it comes to determining which foods are healthy and which ones aren’t, it’s sometimes hard to distinguish between fact and fiction.

And while there are legitimate reasons to limit certain foods, many healthy and highly nutritious foods have been unfairly demonized.