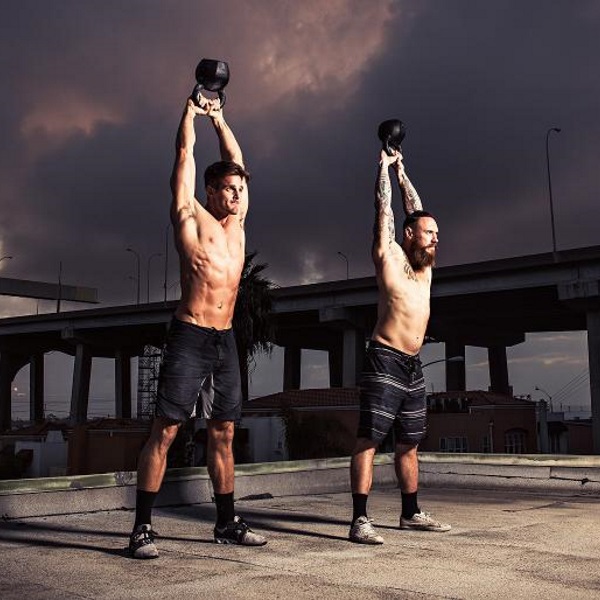 Keep the love alive with your buddies. It can strengthen your response to stress and lead to a longer, healthier life.

“A bromance is a close, emotionally intense, non-sexual bond between two (or more) men,” at least according to Wikipedia. When you enter the term in Google Images, you’ll see multiple photos of Turk and J.D. from Scrubs—the absolute embodiment of the term. But you probably don’t need the Internet to clue you in; you may even have budding bromances of your own already.

What you might not know is these relationships are making you more resilient to stress, according to research from University of California, Berkeley.

In the new study, researchers kept male rats in the same cage before putting them in situations intended to stress them out.

First, they were restrained for three hours, which increased social support amongst the cagemates and made them more willing to share their limited water source, act less aggressive (i.e. lots of huddling and cuddling), create a rank of dominance (which is a sign of home ground stability, the researchers explain), and boost their levels of oxytocin (the love hormone).

Past human studies show social interactions increase the level of oxytocin in the brain, a hormone that helps people bond and socialize, the researchers say. But it also helps strengthen their resilience in the face of stress, leading to longer, healthier lives.

But there does seem to be a limit in terms of just how much stress a bromance can alleviate. When the rats were put under a more severe stress (researchers upped the ante by restraining the rats then introducing the scent of a predator: fox urine), all the feel-good male bonding was destroyed and the rats’ oxytocin levels didn’t increase either. Actually, after the potentially life-threatening stress, oxytocin receptor levels decreased, so the rats’ brains became less responsive to what little oxytocin hormone was there. The rats were more antisocial, opting to sit alone in a corner, and aggressive. The researchers relate the experience to people who suffer from PTSD, depression, or severe anxiety.

“Social interactions can buffer you against stress, but if a trauma is just too much and there is PTSD, you actually withdraw from social interactions that can be supportive for you,” study author Daniela Kaufer said in a press release. Co-author Elizabeth Kirby adds: “People stop talking to their friends, they stop engaging in their social networks the way they used to… after a battle experience or a car accident.”

Still: A bromance can be a tremendous help with small everyday stressors at work or in your family whether you’re man or rodent. “Males are getting a bad rap when you look at animal models of social interactions, because they are assumed to be instinctively aggressive. But even rats can have a good cuddle—essentially a male-male bromance—to help recover from a bad day.”

This research also supports attempts to treat PTSD with oxytocin nasal sprays to encourage social interactions that could lead to recovery. In the interim, feel free to chest bump and high five your buddies.