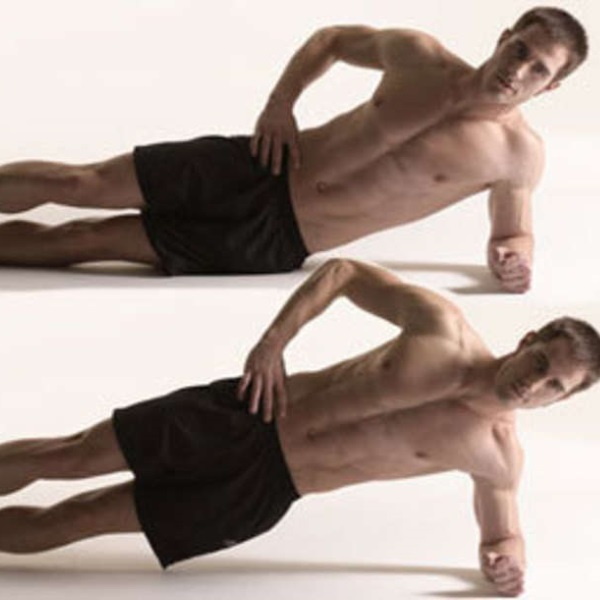 The plank has become a very popular exercise in the fitness world. There is a even Guinness Book of World Records for this exercise. It has gotten to the point where most individuals seeking greater fitness do this exercise. Most participants believe it is a great exercise for development of the core muscles.

There is no questioning the fact that this exercise involves the core muscles, but in a very specific manner. Only if you assume different positions are you able to involve or target all of the core muscles. For example, in the prone position the plank involves mainly the rectus abdominis. In the supine position it is mainly the erector spinae muscles in the lumbar area.

Instead of the plank being relegated to general fitness or used as a variation for developing isometric strength, it appears to be gaining in popularity in the athletic community. Keep in mind that the plank exercise refers to maintaining your body in a straight line from head to toe, as for example, in the up position of a push up or sideways on one arm.

The basic plank and its variations are considered effective for development of the core muscles (i.e. the abdominal, lower back and sometimes hip muscles). In reality however, the plank is a poor exercise for strengthening the core for almost all sports except for archery and shooting.

For example, if you have a weak back and cannot do full range dynamic exercises such as the back raise, which is used to strengthen the erector spinae through the full range of motion, the plank may be beneficial. Its greatest value is in improving stability of the lower back when you hold the supine position.

By doing the plank exercise you develop static or isometric strength specific to a particular point in the range of motion. This is why it is effective for holding (stabilizing) purposes. It enables you to hold a position or a specific body posture for an extended period of time. More specifically in this case, to hold your body in a straight line.

Even though the plank exercise is effective for developing static strength to hold the body in a straight line posture, it is not effective for enhancing any movements that use the core muscles. This is this especially true for dynamic movements with the axis of rotation in the waist or hips. Thus any value gained from doing the plank exercise is specific only to holding the position assumed during the exercise.

It should also be noted that the plank exercise involves mainly the abdominal muscles when holding the push-up position. It does not involve the lower back muscles and only partially the hip flexors. The side plank position however, does involve all the core muscles but not equally and only development of static or isometric strength.

To improve your performance you need dynamic movements and dynamic exercises to develop the muscles as they are used in execution of the sport skills. Core exercises should be used in a manner that enables you to execute any and all of movements that you need for high-level play.

For example, for the hip flexors do the knee (thigh) drive and for the abductors, do the side lunge with active cords. For the adductors do hip adduction on a low pulley or with rubber tubing and for the hip extensors do hip extension or the glute-ham-gastroc raise.

The plank and its variants are not recommended for athletes as the above exercises are not only more effective in developing the muscles but are more specific to what you must accomplish on the field. The only reason the plank exercise should be recommended for use is when you need greater stabilization during rehabilitation. It will help you improve your ability to hold a position with a stable midsection.

If you want more information on execution of core exercises and the muscles that they develop, see Biomechanics and Kinesiology of Exercise. It is a very detailed book that is well illustrated with muscle and exercise pictures.