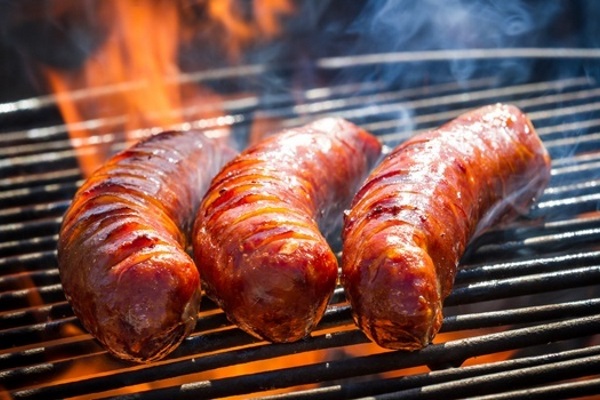 It has been linked with diseases like cancer and heart disease in numerous studies.

There is no doubt that processed meat contains many harmful chemicals that are not naturally present in fresh meat.

This article takes a detailed look at the health effects of processed meat.

What is Processed Meat?
Processed meat is meat that has been preserved by curing, salting, smoking, drying or canning.

On the other hand, meat that has been frozen or undergone mechanical processing like cutting and slicing is still considered unprocessed.

Bottom Line: All meat that has been smoked, salted, cured, dried or canned is considered processed. This includes sausages, hot dogs, salami, bacon and ham.

Eating Processed Meat is Associated with an Unhealthy Lifestyle
Processed meat has consistently been linked with harmful effects on health.

This is a fact that health-conscious people have been aware of for decades.

For this reason, eating high amounts of processed meat is more common among people with unhealthy lifestyle habits.

In fact, smoking is more common among those who eat lots of processed meat. Their intake of fruit and vegetables is also much lower (1, 2).

Most observational studies on processed meat and health outcomes try to correct for these factors. However, these methods are never perfect.

It is possible that the links found between processed meat and disease are partly due to the fact that people who eat processed meat tend to do other things that are not associated with good health.

Bottom Line: People who are not health-conscious tend to eat more processed meat. This may partly explain some of the associations found in studies investigating processed meat consumption and disease.

Processed Meat is Linked with Chronic Disease
Eating processed meat is associated with increased risk of many chronic diseases.

The studies on processed meat consumption in humans are all observational in nature.

Even so, the evidence is convincing because the links are strong and consistent.

Additionally, all of this is supported by studies in animals. For example, studies in rats show that eating processed meat raises the risk of bowel cancer (15).

One thing is clear, processed meat contains harmful chemical compounds that may increase the risk of chronic disease. The most widely studied compounds are discussed here below.

Bottom Line: Eating high amounts of processed meat over a long period may increase the risk of many chronic diseases, such as heart disease and cancer.

Nitrite, N-Nitroso Compounds and Nitrosamines
N-nitroso compounds are cancer-causing substances believed to be responsible for some of the adverse effects of processed meat consumption.

They are formed from nitrite (sodium nitrite) that is added to processed meat products.

Sodium nitrite is used as an additive for 3 reasons:

Nitrite and related compounds, such as nitrate, are also found in other foods. For example, nitrate is found in relatively high levels in some vegetables and may even be beneficial for health (16).

However, not all nitrite is the same. Nitrite in processed meat can turn into harmful N-nitroso compounds, the most widely studied of which are nitrosamines (17).

Processed meat is the main dietary source of nitrosamines (18). Other sources include contaminated drinking water, tobacco smoke, and salted and pickled foods (17, 19).

Nitrosamines are mainly formed when processed meat products are exposed to high heat (above 266°F or 130°C), such as when frying bacon or grilling sausages (20).

Studies in animals indicate that nitrosamines may play a major role in the formation of bowel cancer (15, 21).

This is supported by observational studies in humans, indicating that nitrosamines may increase the risk of stomach and bowel cancer (22, 23).

Bottom Line: Processed meat that is fried or grilled may contain relatively high levels of nitrosamines. Studies suggest that these compounds may increase the risk of cancer in the stomach and bowel.

Polycyclic Aromatic Hydrocarbons (PAHs)
Meat smoking is one of the oldest preservation methods, often used in combination with salting or drying.

It leads to the formation of various potentially harmful substances. These include polycyclic aromatic hydrocarbons (PAHs) (24).

PAHs are a large class of substances that form when organic matter burns.

They are transferred into the air with smoke and accumulate on the surface of smoked meat products and meat that is barbecued, grilled or roasted over an open fire (25, 26).

They can be formed from:

It is believed that PAHs may contribute to some of the adverse health effects of processed meat.

Numerous studies in animals have shown that some PAHs can cause cancer (24, 28).

Bottom Line: Smoked meat products may contain high amounts of polycyclic aromatic hydrocarbons (PAHs). These compounds have been shown to cause cancer in animals.

Heterocyclic Amines (HCAs)
Heterocyclic amines (HCAs) are a class of chemical compounds that form when meat or fish is cooked under high temperature, such as during frying or grilling (29, 30).

They are not restricted to processed meat, but significant amounts can be found in sausages, fried bacon and meat burgers (31).

HCAs cause cancer when given to animals in high amounts. Generally speaking, these amounts are much higher than those normally found in the human diet (32).

Nevertheless, numerous observational studies in humans indicate that eating well-done meat may increase the risk of cancer in the colon, breast and prostate (33, 34, 35).

The level of HCAs can be minimized by using gentle cooking methods, such as frying under low heat and steaming. Avoid eating charred, blackened meat.

For thousands of years, salt has been added to food products as a preservative. However, it is most often used to improve taste.

Although processed meat is far from being the only food that is high in salt, it may contribute significantly to the salt intake of many people.

Excessive salt consumption may play a role in hypertension and heart disease, especially in those who have a condition called salt-sensitive hypertension (36, 37, 38, 39, 40).

In addition, several observational studies indicate that diets high in salt may increase the risk of stomach cancer (41, 42, 43, 44, 45).

This is supported by studies showing that a high-salt diet may increase the growth of Helicobacter pylori, a bacterium that causes stomach ulcers, which are an important risk factor for stomach cancer (46, 47).

Adding some salt to whole foods to improve flavor is fine, but eating massive amounts from processed foods may very well cause harm.

Take Home Message
Processed meat contains various chemical compounds that are not naturally present in fresh meat. Many of these compounds are harmful to health.

For this reason, eating a lot of processed meat products for a long period (years or decades) may increase the risk of chronic disease, especially cancer.

However, eating them occasionally is fine. Just make sure not to let them dominate your diet and avoid eating them every day.

At the end of the day, you should limit your intake of processed foods and base your diet on fresh whole foods.