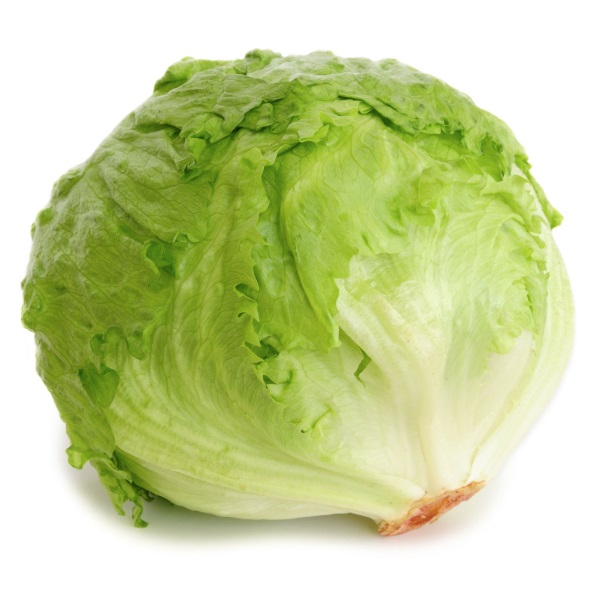 Your salad has been done wrong. It’s time to set the record straight.

For years people have badmouthed iceberg lettuce, calling it “nutritionally useless,” saying it “sinks your salad,” and—as none other than Jillian Michaels put it—that it’s “not that good for you.”

These are dumb statements, justifiable only relatively speaking—as in, “compared to a kale salad topped with goji berries and spirulina, iceberg lettuce isn’t so great.” That may be true (we’ll set aside the debate over the questionable benefits people assign to goji berries), but it does not mean something’s wrong with iceberg lettuce. We’ll say that louder so it sinks in: THERE’S NOTHING WRONG WITH ICEBERG LETTUCE.

In fact, there’s a lot right with it.

The lightest green of all the green leafy veggies is by no means “useless.” Iceberg lettuce is low in calories (thanks in large part to its high water content) and high in fiber, a combination that makes it a great choice for people trying to lose weight. If you eat an entire large head of iceberg lettuce, you will consume only about 100 calories, yet the fiber will give you a feeling of fullness for an extended amount of time.

Iceberg lettuce also contains vitamin A, which helps build and maintain healthy skin, bones and other tissues, and vitamin K, which is essential for blood clotting.

Are these compounds present in greater amounts in other greens? Sure. But there’s a wide gap between “not as good as” and “bad.”

“Could someone argue that spinach is better than iceberg lettuce?” asks Brian St. Pierre, MS, RD, CSCS, and director of performance nutrition at Precision Nutrition. “Absolutely, as it contains higher levels of many vitamins and minerals. However, iceberg lettuce was recently discovered to contain a cool compound called apigenin, which has some compelling anti-cancer benefits. In fact, along with celery, parsley and thyme, it is one of the richest sources.”

Just how compelling are apigenin’s anti-cancer properties? Researchers at Case Western Reserve University conducted a review of more than 120 studies and found it has “considerable potential” in the fight against the dreaded disease. Apigenin has been shown to inhibit tumor growth, and it can encourage cancer cell death in cases of HER2/neu breast cancer. Maybe that’s why researchers at the National Cancer Institute have labeled iceberg lettuce a winner against forms of breast and colon cancer.

The other way people slam iceberg lettuce is by suggesting that when it’s “slathered with blue-cheese dressing,” it’s bad for you. This is a straw man tactic, which you should ignore. Eating bowls of spinach and kale drenched in blue cheese will also make you fat. It’s not the green that’s at fault.

So the next time someone gives you a sideways look for ordering the wedge (dressing on the side, please), tell that salad shamer to step off. Iceberg lettuce is a legit leaf too.