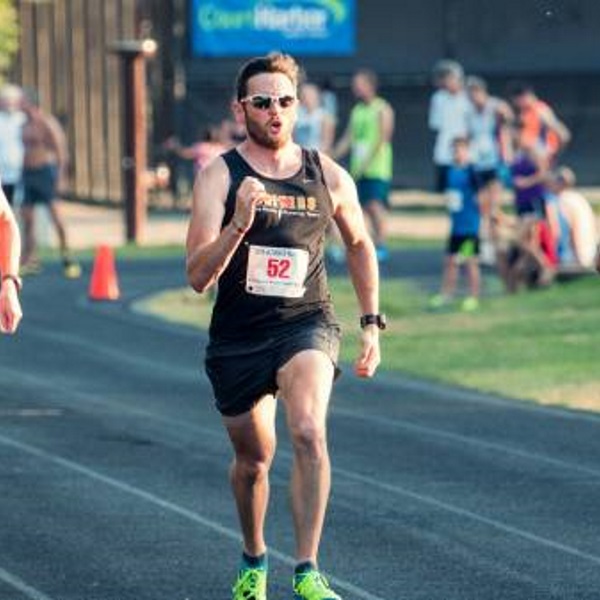 People can be remarkably bold when they begin to notice you are changing your life. And by bold, I mean downright rude. Some people seem to have lost the ability to give an honest compliment, without somehow undermining it or trying to relate it to themselves.

“Gosh, you’ve lost so much weight,” they might say, following it up with “I hope you don’t plan on losing any more.” Or after you mention how well you did on your half marathon this past weekend, they’ll barely take a breath between congratulating you, telling you how they hate running and you should probably stop because it’s bad for your knees.

The bar of expectations of the general population is laughably low. When just about everybody is fat, fat becomes the new normal. That makes you look crazy for working toward a healthy body composition. When almost nobody can run a mile without stopping (let alone fast), running a half marathon makes you a freak of nature. Running a few of them a year, or a full marathon, makes you almost an alien. And you know what people do with aliens in the movies, right?

People Hate What They Aren’t

The insecurities you expose in others when your lifestyle departs drastically from the plane of existence deemed by society to be normal can provoke some truly ugly behavior. People can’t help but see your success as a threat to their own comfortable, mediocre existence. Because they lack any way to identify with the lifestyle you’ve chosen for yourself and the goals you seek, their only reaction is to distance themselves and discourage you.

I’ve witnessed this phenomenon first hand. Since I decided to stop being such a fat lazy slob several years ago, the way people relate to me, and I to them, has changed dramatically. I have gained a whole new set of friends, but found other relationships scuttled by a lack of common interest and worldview. When you make health a leading priority in your life, hanging out every night to drink cheap beer and smoke cigarettes just isn’t in the cards anymore.

Even among other athletes, the conversation can become awkward when it turns to my set of goals. While I’m happy with the progress I’ve made over the past several years, I have a long way to go before I’ll be anything like satisfied. When I mention that I still want to knock several minutes off of my half marathon, some people will take my dissatisfaction with myself as a judgment against their own performance. When I talk about going back and having another crack at the races that almost broke me, I get asked if I wasn’t happy enough just to finish.

To be frank, the answer is no. I’m not satisfied just to finish, although I harbor no illusions of winning.

The Only Standard of Comparison

The interpersonal friction comes from misapplied comparison. I’m competing against myself; against what I believe my athletic potential to be. The goals I have set for myself have nothing to do with those of the average American any more than those of the most elite Olympian. I know where I am and where I’ve been, and all the associated weaknesses and challenges. I don’t know yet how far I can go, but I’m absolutely determined to find out. My circumstances and potential are uniquely my own, so to tie them to any external standard, be it artificially low or high, is to burden them with unnecessary and irrelevant complication.

If I look around at the athletes I train with, it can be very motivating. Their strength, speed, and excellence are examples to follow. But it can also be discouraging, especially for schlubs like me, who learn and progress slowly. I only started running with any seriousness around four years ago, so beating myself up because I’m getting dusted by guys (and girls) who ran competitively in college is just silly.

At the same time, if I compare myself athletically to the vast majority of the population, all I will get is complacent. There is nothing challenging about the average American lifestyle. Sitting on the couch in front of the TV, cramming a taco 12-pack down your throat and washing it down with a liter of Mountain Dew is not a stimulus for growth. Unless we’re talking about your waistline, or your chances for heart disease and type 2 diabetes.

The only useful, reliable comparison is the one made objectively against myself. Am I better than I was yesterday? Last week? Last year? Have I gone faster or moved a heavier barbell? Have I solved a problem with a recurring injury or learned a new movement? Have I improved my focus, consistency, determination, or mental balance? As long as these markers are moving forward, I will continue to move the goalpost further afield.

I MAY NEVER BECOME AN ELITE ATHLETE, BUT I CAN REACH THE PINNACLE OF MY OWN POTENTIAL, AND THAT WILL BE GOOD ENOUGH.

To Be the Best, Compete Only With Yourself

This is a mindset shared by the most elite athletes. We have watched that reality unfold for the last two weeks at the Rio Olympics, where swimmers Michael Phelps and Katie Ledecky have exerted their dominance over the world in ways nobody thought possible. Where Simone Biles literally invented a new way to trounce the competition. Where Wayde van Niekerk ran blind, from lane 8, to devastate the field and set a new 400m world record.

These athletes, and others at the top of their sport, train with others who will elevate their game, but their only standard is their own performance. Anything less would not allow them to reach their maximum potential. The same applies to any athlete at any level.

Ours is a culture which, by virtue of its size and diversity, constantly fights against societal norms. But the most pernicious of them is the pervasive mediocrity that would stop you from going out to achieve great things. The best mental change any athlete can make for their development and performance is to free themselves from the useless, damaging web of comparisons to others’ expectations. Once you’ve done that, nothing can stop you.