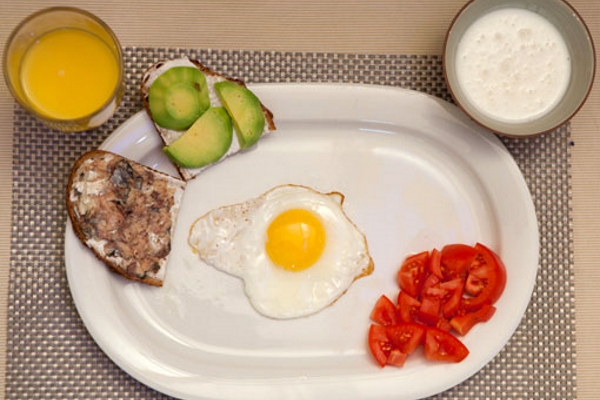 ‘Breakfast’ for nutritionists is like the ‘free market’ is for politicians – it’s the answer to everything. The more of your daily calories you consume first thing in the morning, the thinner you’ll be, say some experts. But researchers at the Technical University of Munich believe that a light breakfast is the best way to lose weight.

Study
The researchers followed 280 obese people for 10 days and 100 people with a healthy weight for 14 days. During this period they recorded the amount of calories the subjects consumed – and when they consumed them. Then the researchers looked at whether there was a relationship between breakfast habits and total calorie intake.

The figures above show the results for the obese subjects. The same conclusions can be drawn for both groups: the more breakfast they ate, the more calories they consumed throughout the day.

Conclusion
As advice for people who want to lose weight, some nutritionists still adhere to the adage breakfast like a king, lunch like a gentleman and dine like a beggar. These researchers don’t agree.