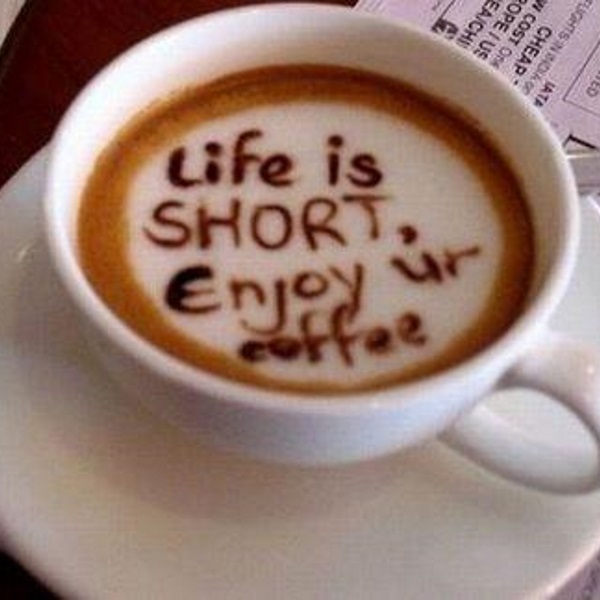 Coffee, just the word alone conjures up all kinds of warm, happy thoughts for many. My French press and I are intimately acquainted. The smell of a quality bean roasting, the warmth and subtle nuances of flavors as the first sip of the day glides across your palette. The smile it brings to your face just going through the brewing routine (or drive-thru I suppose in many people’s cases). There have been many profound ideas, great conversations and true love’s found over a cup of java. Coffee, like food, brings people together. Coffee has some incredible far reaching health benefits way beyond simply boosting mental alertness in the morning to make us look bright-eyed and bushy tailed even after pulling an all-nighter. Coffee has over 1,000 compounds in its complex phytochemistry and in there lies potentially incredible health perks for you. I want to address a few benefits you may not know about and then I want to talk about the quality of coffee that makes all the difference, and then finally, how to super charge your morning cup to give you an unfair advantage in brain power, hunger control and fat loss (especially abdominal fat) over your officemates, classmates, roommates or just mates!

Liver protection: according to the Journal of Clinical Gastroenterology explains that coffee may help with liver enzymes (even in heavy drinkers), decrease fatty liver disease and reduce cirrhosis. While the mechanism by which is happens still is a bit fuzzy, coffee consumption reduces fat accumulation and collagen deposition in the liver and promotes an increase in glutathione (our master antioxidant!) and it modulates the gene and protein expression of several inflammatory mediators.

Neuroprotective changes: Caffeine, at normal human consumption suppresses adenosine receptors. Adenosine decreases neuronal firing and the release of neurotransmitters. This allows for increased production of norepinephrine and dopamine, leading to enhanced neural firing, which is a fancy way of saying your brain works better. Caffeine can induce rapid changes in gene expression and somewhat later, marked adaptive changes. These include antiepileptic and neuroprotective changes. Many human studies have shown improved memory, mood, vigilance, energy levels, reaction times and general cognitive function with the use of caffeine.

Alzheimer’s and Dementia: What’s even better about long term use of coffee with caffeine is that Alzheimer’s disease risk seems to decrease. Alzheimer’s is the most common neurodegenerative disorder in the world and a leading cause of dementia. In prospective studies, coffee drinkers have up to a 60% lower risk of Alzheimer’s and dementia Parkinson’s is the second most common neurodegenerative disorder, characterized by death of dopamine-generating neurons in the brain. In a study of 8004 Japanese American men ages 45-64 coffee consumption was inversely related to the incidence of Parkinson’s. In other studies, coffee may lower the risk of Parkinson’s by 32-60%

Nutrient Boost: A quality cup of coffee can boost your intake of nutrients.

Anti-Diabetic Effect: Chlorogenic acid, a potent element of both raw and brewed coffee, can be directly tied to an anti-diabetic effect. It has shown it substantially interferes with glucose synthesis and release in the body aiding in the prevention of type 2 diabetes. It appears to accomplish this by inhibiting the pathway of a glucose-regulating enzyme called glucose-6-phosphatase, which in turn results in a reduction of sugar levels in the blood. Chlorogenic acid also lessens the hyperglycemic peak associated with carbohydrate ingestion (meaning your blood sugar won’t surge as high). This results in a decline in insulin activity, and a reduced accumulation of adipose (fat-storing) tissue. Unidentified compounds in coffee, as well as caffeine itself, may be boosting the preventive effect of chlorogenic acid against diabetes. Preliminary studies suggest that these chemicals may lower carbohydrate storage by 35% and improve insulin sensitivity.

Heart Health: What if your morning cup of coffee could be preventing cardiovascular disease at a cellular level? Just one cup of coffee inhibited platelet aggregation (accumulation) within one hour, regardless of its caffeine content. Studies have also found that regular coffee consumption improved inflammation and HDL (“good”) cholesterol and decreased coronary calcification.

Blood Pressure and Asthma Relief: Coffee contains theobromine which dilates your blood vessels, helping lower blood pressure. Unlike caffeine, theobromine does not affect the central nervous system yet remains a stimulant. Theobromine can also relax bronchia muscles in the lungs, making it beneficial for people with asthma and patients with chronic obstructive pulmonary disease. Theobromine is also used as cough medicine.

There are a wide array of benefits that we are just beginning to scrape the surface on. The benefits are NOT solely derived from caffeine, so using energy drinks and caffeine supplements will not produce the same health benefits, sorry diet soda, Rock Star and Red Bull lovers. I encourage you to think about how you use our morning beverage, Is it working to your advantage? Just don’t negate any health benefits by choosing poorly sourced coffee, loading it down with hydrogenated oils from fake creamers and then dousing it with inflammatory sugars or artificial sweeteners. More on quality coffee and how to super charge our coffee in part 2 later this week!