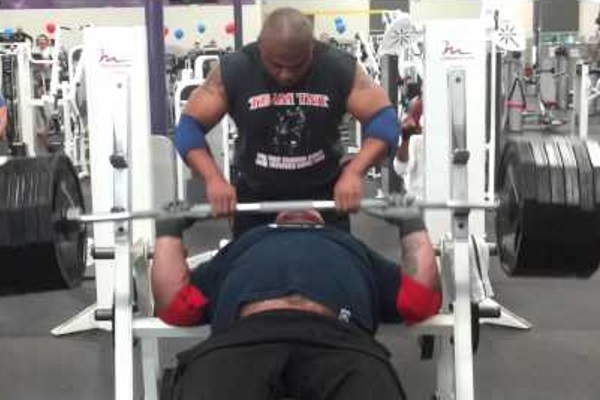 All those superheroes you read about in the comics, all the ones you see popularized in movies today, there’s a time when you’d say nothing like that could exist. Feats of superhuman strength like lifting a car was chocked up as nothing but fantastical nonsense invented to sell as many comic books as possible. Yet with every passing competition and every crazy lift, powerlifters and strongmen are proving that the superhuman feats you used to read about were a bit closer to reality than you realize.

Leroy Walker is widely revered as one of the best bench pressers to ever compete in powerlifting – breaking a great deal of records during his time on the lifting circuit. During his career Walker has performed acts of strength that truly boggle the mind. Benching 405 lbs is a truly difficult task, but Walker makes the whole exercise seem easy when he’s performing the lift. If that wasn’t impressive enough the man rep pauses with that weight at the same time that he’s being interviewed.

Even more impressive is his ability to bench with 200 lbs dumbbells in each hand! If the video below is any indication, it’s all light weight for Walker. Check out the powerlifter’s superhuman strength in this video interview.