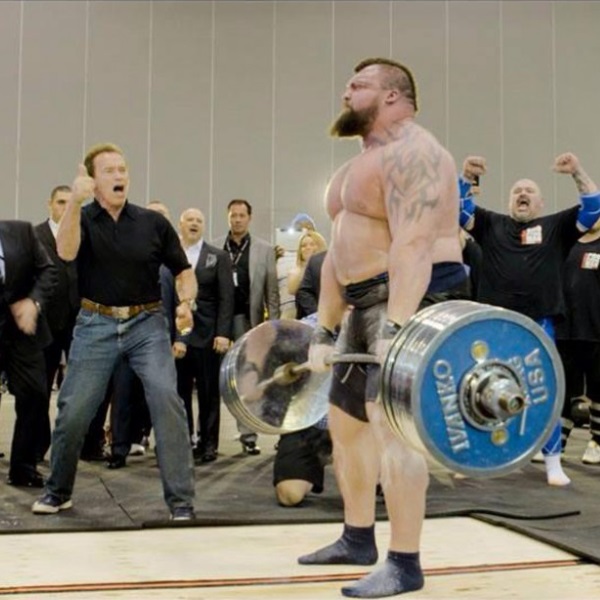 The British strongman moves a colossal 465 kg as the Governator freaks out.

What’s better than breaking the world record in the deadlift?

Doing it while Arnold Schwarzenegger is cheering you on at an event named after him.

Titanic British strongman Eddie Hall conquered the ultimate big-rock lift at the Arnold Classic on Sunday, summoning 465 kg—that’s 1,025.15 lbs., although the announcer in the video says 1,026—on the stage at one of the biggest events in bodybuilding.

Nicknamed “the Beast,” Hall puts down 10,000 calories a day in a bid to compete in the World’s Strongest Man competition.

“I can honestly say, in all my time as a sports scientist, I’ve never worked with an athlete quite like him. He’s unique,” Dr. Peter Jones, a scientist at Staffordshire University, told the BBC.