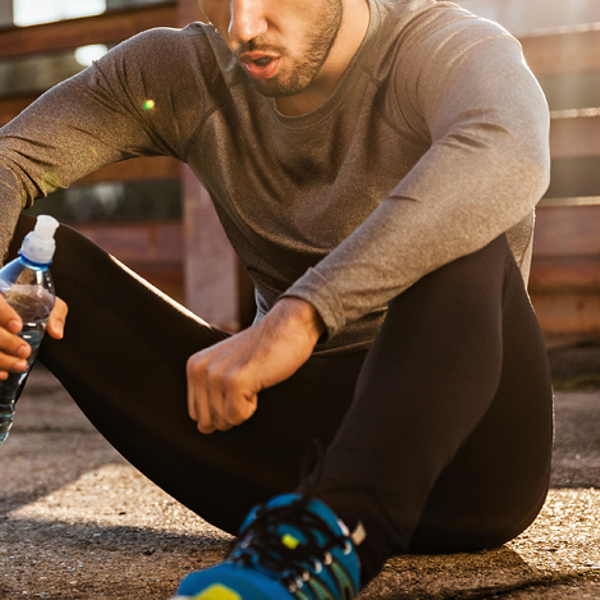 If you feel totally wasted after every workout, I have bad news for you. In the two-a-day studies at hand the rest between the first and second workout was only 2h! Not exactly much time to recover, but the idea is to “train low” (on glycogen) on the second workout.

It sounds like madness or something for the “enhanced” athletes, but an older scientific study I recently dug out, accidentally, says that “training twice every second day may be superior to daily training” (Hansen. 2005). When I tried to learn more about this topic, though, I had to realize that the evidence is scarce. Similar results have been presented by Yeo et al (2008), though, albeit for trained triathletes and cycling.

In their study, Yeo and colleagues determined the effects of a cycle training program in which selected sessions were performed with low muscle glycogen content on training capacity and subsequent endurance performance, whole body substrate oxidation during submaximal exercise, and several mitochondrial enzymes and signaling proteins with putative roles in promoting training adaptation.

Now, the interesting thing about Yeo’s study and the reason I want to discuss their results first is that the scientists from the School of Medical Sciences at the RMIT University in Victoria, Australia used trained subjects – seven endurance-trained cyclists/triathletes who were used to training daily anyway. During the three week study period, however, the subjects had to stick to one of the following training schedules:

Muscle biopsies were taken before and after 60SS, and rates of substrate oxidation were determined throughout this ride and the results were… well, let’s say interesting: 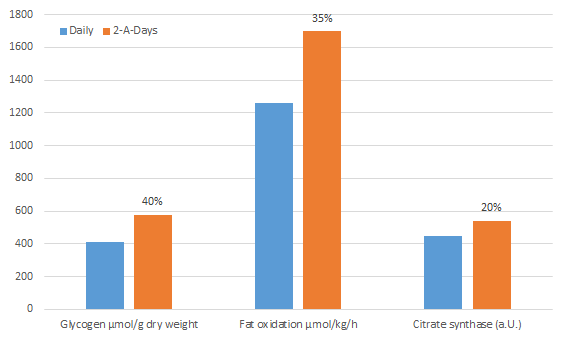 Figure 1: Markers of fact glycogen use and fat oxidation during steady state exercise after 3 weeks of training (Yeo. 2008)

As you can see markers of mytochondrial beta oxidation (citrate synthase), as well as the glycogen concentrations and whole body fat oxidation during the 60 minute steady state ride pre-/post-test increased exclusively in the “two-a-day” group. That’s a relevant results, even though the increase in cycling performance improved by 10% in both Low and High and the performance during the HIIT trials, which were performed after the aerobic rides, suffered in the LOW, i.e. the “Two-a-Day” arm o the study (see Figure 2, right).

Figure 2: During the training sessions the HIIT performance is initally lower, but even then the increased capacity to oxidize fat and thus ability to spare gluocose pays off in slowly increasing performance markers (no sign. difference anymore) after only 7 HIIT sprints – during a race the fat oxidation boost (right) may be even more important (Yeo. 2008)

Why’s that beneficial? Well, while it is not relevant for short bouts of HIIT, the significant increase in fat oxidation during the exercise test (see Figure 2, right) indicates that, the subjects’ ability to use fuel as substrate during steady state, as well as longer interval rides increased significantly. The spared glycogen may then, during a longer race, for example, decide victory and defeat when the glycogen depleted every-day trainer cannot keep up with the glycogen sparing two-a-day every other day trainer during a sprint at the end of a race.

Want to learn more? At this point you may be reminded of a previous article of mine with the telling title “8x Increase in “Mitochondria Building” Protein PGC1-Alpha W/ Medium Intensity Exercise in Glycogen Depleted Elite(!) Cyclists: Training Revolution or Recipe for Disaster?”. If not, I suggest you head back and read it now!

The obvious question that’s probably preying on your minds already is: How on earth does that relate to strength training, bro? Well, let’s see… so, in the strength training study by Hansen, et al., the authors actually speculated to observe an effect as it was observed in the study I discuss in the article I referenced in the red box, i.e. that “training at a low muscle glycogen content [during a second workout on the same day] would enhance training adaptation” (Hansen. 2005). Therefore, the Hansen et al performed a study in which seven healthy untrained men performed knee extensor exercises with one leg trained in a two-a-day fashion (2h rest between the 1h sessions), the other one in everyday. Luckily, the study duration in this study was 10 and not just 3 weeks.

Against that background it is not surprising that the training load increased significantly. Since the latter has little to do with the mitochondria, it is also not that surprising that the increase in maximal workload was identical for the two legs. What may be surprising for those who think that training twice a day would be bogus, however, is that the time until exhaustion and total volume during the post-test was “markedly more increased” in the leg that was trained twice a day, albeit only every other day vs. the one that was trained daily, but only once (see Figure 3).

Figure 3: Relative performance increases from pre- to post-test (left) and glycogen levels before and after exhausting bouts of knee extensor exercises (right) | high = daily training, low = twice a day, but only every other day (Hansen. 2005).

Just like in the previously cited cylcling study by Yea et al, the effect may be attributed to (a) increased resting muscle glycogen and (b) higher activities of the mitochondrial enzyme 3-hydroxyacyl-CoA dehydrogenase and citrate synthase which are both involved in the oxidation of fat in the mitochondria of your muscle.

“Just One More Set” (1/2): Metabolic Response to 10,000kg vs. 20,000kg Regimen. EPOC: Do Reps and Loads Both Figure? And What About Elite Athletes Do They Need More? Find answers to these questions, here!

Bottom line: While it should be obvious that (a) further research is necessary and (b) the benefits of two-a-day training will depend on your training goals, the (older) studies presented in this article clearly support what Hansen et al phrase like this: “training twice every second day may be superior to daily training” (Hansen. 2005).

Ok, while the benefits for cyclists are obvious, it will have to be proven that the additional one or two reps or the extra high intensity set you may be able to do due to the improvements in glycogen sparing fatty oxidation will actually increase your muscle gains, but the mere possibility that training twice a day every other day could be better than training everyday, which is something I see people do at the gym regularly, is intriguing, isn’t it? Comment!