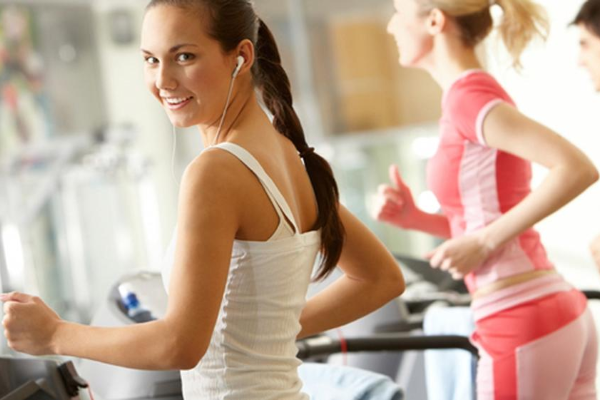 Specifically for teenagers it may be important to work out in both aerobic and anaerobic workouts. So, this would be another reason to favor the combined over the other regimen.

You will probably have overheard the “knowledgeable” trainers at the gym tell their credulous clients, who just told them they “want to lose that belly fat”, that the best thing they could do was to “stop spending that much time with weight training” and to do some more (steady state) cardio. Well, in general, there’s nothing wrong about steady state cardio – in fact, many studies show that it is superior to resistance training when it comes to “merely” shedding body weight (in the obese). If “weight loss” is still everything you’re aspiring, though, you are either new to the SuppVersity or another of the “headline skimmers” who happen to ask questions that are answered not just in the article, but actually in one of the red boxes… ah, I am digressing.

So, what I actually wanted to tell you is that a recent study from the Universities of Ottawa and Calgary (Alberta. 2015), clearly contradicts the average commercial gym chain trainer’s recommendation and shows that belly fat loss is better achieved with diet + resistance training.

The subjects of the study were youngsters, 304 (! the high number of participants is a huge plus of the study) 14-18 year-old overweight and obese teenagers (mean body fat almost 50%!), to be specific, who were randomized to four different treatments for 22 weeks: 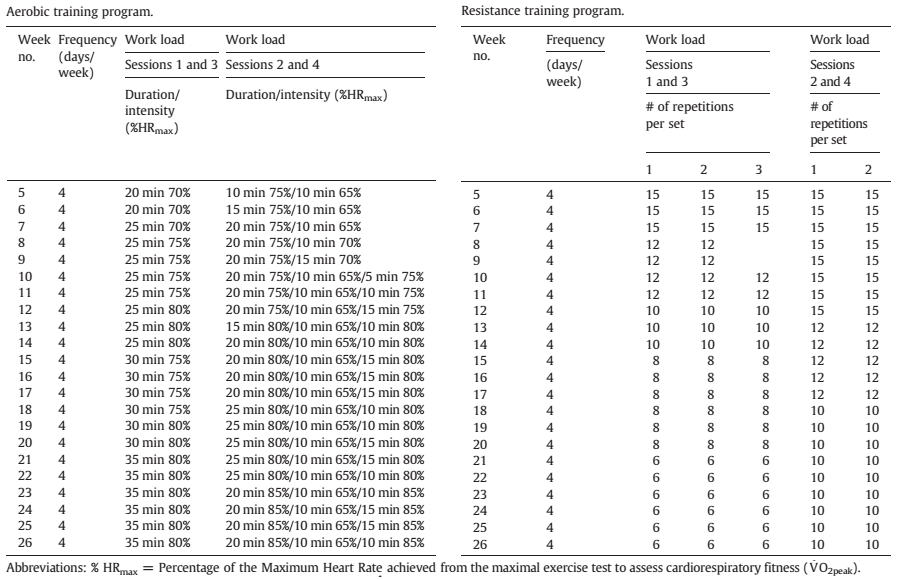 Table 1: Training progression in the Aerobic and Resistance group (Alberga. 2015)

Adolescents,… ok, but unless they’re too sarcopenic (=suffer from pronounced age-induced muscle loss) to hit the weights, your overweight clients or you, yourself, should be able to follow the same training programs the adolescents did and see similar results if you fully adhere to the following training prescriptions:

Resistance: The duration of each session progressed to a maximum of about 45 min. Exercises were primarily performed on weight machines, and when required with dumbbells (lateral raise, shrugs, bicep curls, front raise, preacher curl, dumbbell pullover) or by using one’s own body weight as resistance (lunges, sit-ups and abdominal crunches).

Table 2: Overview of the individual workouts in the Resistance group (Alberga. 2015).

Participants alternated among exercises from groups A1, A2, B1 and B2 shown in Table 2. Participants were asked to rest for ~ 2 min between sets and were instructed on proper breathing techniques.

Combined: This group performed the full exercise programs done by both the aerobic and resistance training groups (Table 1, left + right) during each session for a total of 4 times per week for a maximum of 90 min per session.

Now for simplicity we assume that you’d actually achieve not just similar, but rather the exact same results as the virtual “average” study participant from Alberta’s trial. In this case, I bet that most of you would prefer to lose -22.7 cm² subcutaneous body fat with resistance training than -16.2 cm² or -18.7 cm² with either aerobic or combined training. Specifically in view of the fact that only resistant and combined training triggered measurable reductions in visceral body fat, too.

On the other hand, a closer look at the body fat data in Figure 1 also shows that aerobic training is the only form of training that will reduce the deep subcutaneous fat, significantly. Plus: When it’s done in combination with resistance training the reductions in subcutaneous fat at L4L5, which represents the area between 4th and 5th Lumbar vertebrae, are still statistically significant and not significantly smaller than those the subjects in the resistance training only arm of the study achieved.

Figure 2: Changes in Apo-B and Apo-B/A ratio in the three exercise and the control group (Alberta. 2015).

What may eventually tip the scale in favor of the combined training regimen, though, is not the body composition data, but rather the fact that only the combined training routine triggered statistically significant, heart healthy changes in Apolipoprotein B and the Apolipoprotein A/B ratio. After all, the latter has “repeatedly been shown to be a better marker than lipids, lipoproteins and lipid ratios” (Walldius. 2006) – scoring in the top tertile for the ApoB/A ratio, for example has consistently been associated with 89% increased risk of heart disease (Thompson. 2006) . 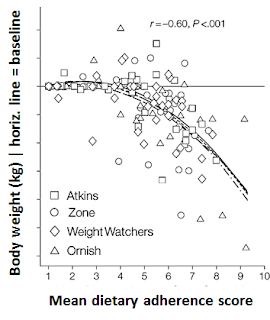 Figure 3: In their 2005 trial, Tufts scientists were able to show that dietary adherence, not macronutrient comp. or other diet-specific parameters is the main determinant of weight loss (Dansinger. 2005).

You must never forget, however, … that (a) the beneficial of all four exercise regimen were achieved in the context of an energy deficit of albeit relatively, but consistent -250 kcal/day, that (b) the study had a 4-week lead-in during which all participants that didn’t show at least 80% adherence to the dietary + exercise baseline intervention were kicked out, and that (c) subjects who did not attend an average 2.8 out of 3.0 workouts per week were not included in the analysis the data in Figures 1-2 is based.

This obviously leads back to Energy restriction and adherence – the two usual suspects. Without them, any effort to shed the hated body fat must fail. With them, however, only perseverance and consistency may keep from achieving your fat loss goals.

You don’t believe that? Well, check out the data in Figure 3. Dansiger and his colleagues from the Tufts University tried to find out which diet, i.e. Ornish, Zone, Weight Watchers, or Atkins die, would cut the most body weight. What they found, though, was that it’s always the diet the subjects could adhere to that worked the best. Against that background, it’s no wonder that, in the study at hand, only those participants who had more than the minimal 70% adherence to their (aerobic) workout regimen actually lost significant amounts of deep subcutaneous fat tissue.. speaking of adherence, there were no significant differences in adherence between the three training regimen; only the control treatment on the couch obviously had 100% adherence 😉 | Comment on FB!