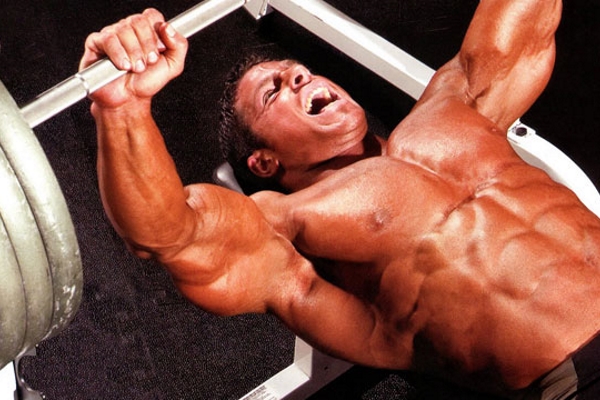 Someone needs to tell the newbies that proper form is the most important element of a workout.

We’ve all been witnessed to it at one point or another. People in the gym just butchering a exercise with improper form which is more likely to injure than produce gains. For those who have or haven’t seen it, they’ve probably done it themselves and that’s fine. We all have to start somewhere and not everyone gets the form down the first time around. But for those who go to the gym and see the same people making the same mistakes every time, there’s no doubt that the same question constantly runs through their mind: what the hell are you doing? We’ve made a list of four exercises that people screw up in the gym the most.

This is something that happens a ton in a lot of gyms. Half repping squats are perhaps one of the worst things you can do during your leg day workout. Why? Well, for one you’re not getting the full benefit of the exercise which defeats the purpose of doing squats in the first place. Though it can get you used to holding a heavier weight on your back, you’re better off lowering the weight and performing the full squat. You’ll get a whole lot more out of the exercise this way.

Bench Press
Moving the weight two or three inches isn’t going to do much in the way of gains. If you can’t manage at least one rep of full extension and range of motion then take the hint and drop some of the weight. Your shoulders will thank you later. There are times where half reps aren’t that horrible, but that shouldn’t be the M.O. when it comes to making major chest gains.

This is something that’s pretty common in the gym. You see a guy doing a lat pull down and despite the weight, despite the amount of reps, the guy isn’t using the machine properly. What’s he doing wrong? He isn’t engaging his back muscles and only using his arms when performing the exercise or even leaning way too far back which also defeats the purpose. The mind-muscle connection is important to keep in mind when targeting a specific muscle group.

Deadlifts
Unlike some of the others on this list, the deadlift is perhaps a bit more difficult to fully master. Some people think they don’t have to engage their legs with the movement which can be a mistake. The problem with the deadlift is that there different ways to perform the exercise. Another problem is that many taller lifters with longer limbs have a difficult time doing stiff legged deadlifts without bending their knees. But what’s completely unforgivable are the people that perform the “deadlift” and actually just end up performing a squat. Worst of all is when they don’t keep their back’s straight and having a rounded back. Having form like that is a recipe for disaster.