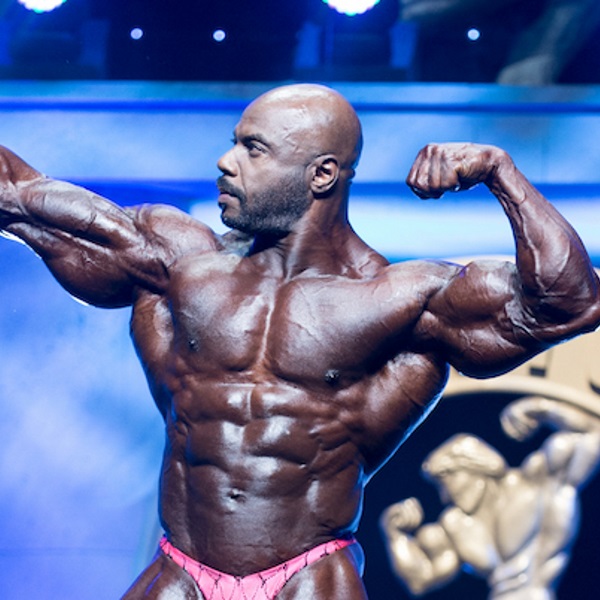 It was the move that caused a wave of criticism amongst many of the ‘experts’ in the bodybuilding industry. Par for the course for the IFBB apologist crowd who find fault in anything that is not for their favorite federation – and, more importantly, the one that approves their press credential requests. When veteran bodybuilder Toney Freeman left for the Nspire Sports League, he may have joined ISIS, as far as the pro-IFBB crowd thought. But all any of them had to do was interview him and they would have seen that it was an offer that he couldn’t refuse – and it has a lot to do with other benefits besides financial.

“It was time to make a business move,” Freeman, 49, told MuscleSport Magazine, referring to all of the opportunities that he will have away from the stage. “This exposure that I get will be valuable over time.”

Yes, Freeman will compete in the NSL, but that will not be the focus of his involvement in the fledging organization. His duties as ‘ambassador’ will include guest posing at amateur shows, traveling all around the globe and representing the league. He also will have creative input.

His contract – a two-year, $300,000 deal – will be paid by the various mainstream sponsors that are involved with the NSL and this was something very attractive to Freeman, who is involved in many different ventures that he will be able to promote heavily now. freeman

“It’s about having the money to do it,” he says. “I have X-Pain, Platinum Fitness Hydraulic training machine, Galileo & Leonardo stem designs, a PEMF machine, I’m a co-founder of Pruv It (a ketone OS), I have my own frozen healthy food called Mass Hash that I made about three years ago with a chef that I’m ready to take commercial, and I’m also working on a reality television show – the Genesis X Project.”

The crux of the show is Freeman preparing his 26-year-old son Neko to turn pro as a classic physique competitor. And he is narrowing it down which product of his that he will try to get in front of the “Shark Tank” team.

These are all perks that would not have been possible if Freeman stayed in the IFBB and these are certainly attractive to someone looking to set themselves up once hanging up the posing trunks.

“I had made up my mind a while ago that I would continue to compete until the end of the year and retire,” explains Freeman, who will turn 50 on August 30. “They (NSL) offered me a way to continue and not have to get on stage all of the time.” Toney Freeman NSL press conference

By being the first big name bodybuilder to leave the IFBB for the NSL, Freeman knows that he will be scrutinized left and right for the decision. But at this stage of his career, the X-Man felt that it was a risk that he had to take.

“I’m the one who has the least to lose,” he says with a laugh. “And I told Lee (Thompson, NSL commissioner) that everyone is watching. If it goes well, then you (the other bodybuilders) don’t have to be a slave. If not, I’ll expose the NSL and save you the headache.”

Freeman called himself the “pivot man” but added that he didn’t speak to any of his former IFBB brethren about making the same move as he did. “They may get approached, though,” he comments.

He realized that with anything new, there will be some bumps in the road. But Freeman’s vision is for the NSL to “go after a new crop and mold them into the type of physique that they want.”

THE END OF THE ROAD

Freeman knew for a while that his time was running short in the IFBB. He has the type of physique that is amazing to look at (hence the X-Man moniker) but had become passé’ with the mass monsters who have been rewarded more.

There were some other parameters that bothered Freeman, who said that he “witnessed too many things” and that “it’s not what they used to be.”

Some of the more recent events for Freeman occurred at the two shows he competed in this year. In February, he placed fourth at the inaugural Kevin Levrone Classic in Poland and then dead last a week later at the Arnold Classic in Ohio.

“In Poland, I didn’t make the first call out where they had four guys, but I ending up placing fourth and didn’t get compared to the top three,” he explains. “And at the Arnold with only 12 (competitors, which was the same amount in Poland), I wasn’t compared to anyone. Are (they) in a hurry? And if they (really) scored the posing round, there’s no way I finish 12th.

“Once I saw the sport going that way,” he continued, “I knew that my time was up. I know how the politics go.”