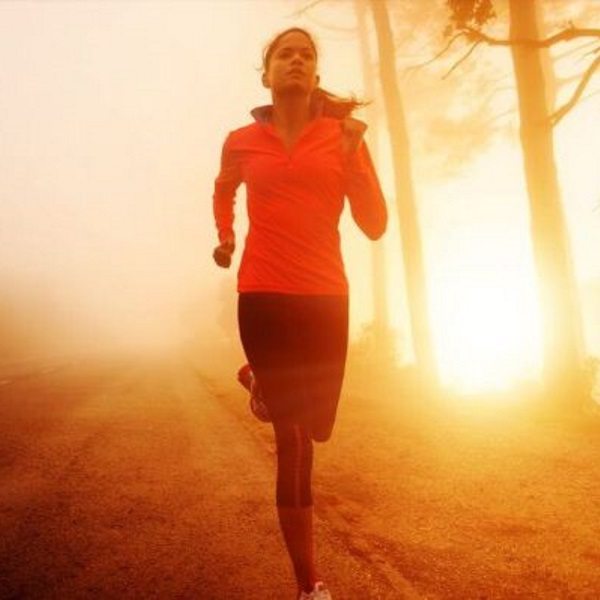 Turns out, fasted cardio leads to less fat loss, not more, and it puts you at risk of muscle loss. Here’s why.

People believe that training without eating means less readily available energy to use for fuel, which will lead to the breakdown of energy reserves (fat and glycogen) to power the session. Theoretically this will lead to more fat loss. In fact, some studies have found that you mobilize more stored fat when doing fasted exercise. But that’s not the whole story.

Losing fat is not about what happens during the session, but rather what happens in response to the workout over the course of the day. What happens to your resting energy expenditure for the next 24 hours following your session? What will be the hormonal milieu caused by the session? And what will be its impact on muscle mass?

What happens during the workout?
Proponents of fasted training will claim that since adrenalin/noradrenalin increases more during fasted training you’ll have more energy to train. In reality it’s pretty well established that when you’re in a fasted state (especially if that state has been going on for a while) your capacity to do work decreases as well a mental tolerance for physical work. This will result in less effective training sessions.

What happens to your resting energy expenditure?
A study by Paoli et al. (2011) compared doing 36 minutes of cardio at 65% of maximum heart rate in a fasted or non-fasted state. During the session the analysis of the respiratory exchange ratio (RER) found that more fat was used for fuel in the fasted state, BUT the opposite happened after the session. In fact, fat utilization was significantly higher in the non-fasted group for up to 24 hours after!

When fasted, the subjects burned a little bit more fat during the 36 minutes of the workout, but they burned less for the 24 hours after. The end result is that more fat was utilized over a 24 hours period when the cardio session was NOT done fasted. This was confirmed by the fact that oxygen consumption stayed higher over a 24 hour period in the non-fasted group (more oxygen consumption means burning more fat since oxygen fuels the aerobic energy pathway which relies on fat).

Here’s the study’s conclusion: “When moderate endurance activity is done to lose fat, fasting before exercise does not enhance lipid utilization; rather, physical activity after a light meal is advisable.”

Of course, you can continue quoting the many studies showing that fasted cardio uses more fat during the session, because it’s true. But the point is, fasted cardio leads to a lower resting energy expenditure (less calories burned at rest) as well as less total fat utilized over a 24 hour period.

What about the hormonal response?
Lifters know cortisol for its catabolic affect on muscle tissue. We fear it because it can break down muscle so that it can be used for fuel, thus making it harder to build muscle when cortisol is high. But cortisol actually serves a useful function when training: it mobilizes stored energy.

When you train, cortisol is responsible for making energy available. The more you have to rely on stored energy (muscle glycogen or body fat) for fuel, the more cortisol you’ll release. The more cortisol you release, the longer it’ll take for it to return to normal levels after the workout. As long as cortisol is elevated, your body is in a catabolic state. So if you produce too much cortisol during your session – which is likely to happen when you’re doing fasted cardio – your risk of losing muscle mass is much greater and building it will obviously be much harder.

There’s also the fact that fasted cardio will increase AMPK more than non-fasted cardio. When AMPK is high, it has a negative impact on protein synthesis. So by doing fasted cardio you make it harder to build muscle.

Using assistance basically helps people bypass the problems caused by fasted cardio. Who cares about elevated cortisol when you’re injecting or swallowing anabolic steroids that amp up anabolism at all hours of the day and reduce the effects of cortisol? So what if you’re raising AMPK if you’re in a constant state of anabolism? And so what if your metabolic rate decreases over a 24 hour period when you’re using stimulants like clenbuterol or thyroid drugs?

I’m not saying that drug-using bodybuilders have it easy and don’t work hard. I’m saying that in some cases, like this one, the limitations that apply to the natural trainee might not apply to them.