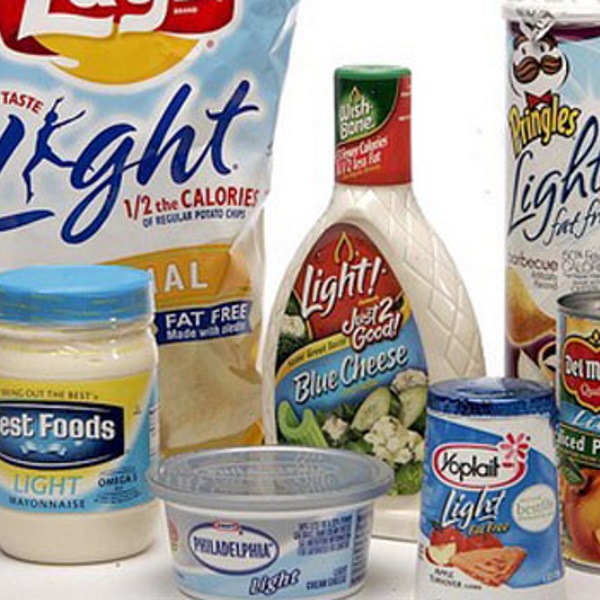 Reducing your fats intake does not help you in losing fat. On the contrary. This is probably one of the greatest myths in dieting, and with each passing day a new study emerges proving its fault (1,2,3).

Still, 65 percent of the American population thinks that reducing the amount of fat in their diet will help them lose weight. Now science has proven that it’s the other way around. It turns out that you can get fatter thriving on fat-free food.

So what is the reason behind this myth’s persistency?

According to Donald K. Layman, professor emeritus of food science and human nutrition at the University of Illinois, the main reason is hidden in the deep rooted belief that eating fat makes you fat.

The other reason, may be identified in the new Dietary Guidelines for Americans issued by the government, that still advice cutting down your fat intake, saturated fat in particular.

The dietary guideline is not only recommending cutting out trans fat foods (which is good), but it also advises limiting the daily consumption of saturated fats to only 10 percent of your daily intake of calories.

It also brands the saturated fats as unhealthy, urging people to replace it with healthy unsaturated variant. So goodbye steak, goodbye cheese, goodbye eggs! The reason for this might be the argument that unsaturated fats are better for your heart than saturated fats, and lower the risk of cardiovascular disease.

It’s true that fats contain calories. In fact, they contribute to our daily intake with nine calories per gram. In other words, eating a lot of fat will certainly reflect negatively on your waistline. But stuffing yourself with any other nutrient will probably end with the same result.

On the other hand, reducing the fats intake may result in unwanted increase of the digested calories, and increased risk of obesity, heart disease and type 2 diabetes.

Fats provide the highest level of satiety of all nutrients, and our bodies need more time to digested compared with carbs and protein. Eating fats will also ensure longer stability of your blood sugar levels, reducing the feeling of hunger.

And in all probability, you’ll turn to carbs and not protein to replace the fuel which the fats had provided. While carbs are also packed with calories.

“The less fat people eat, the more carbs they typically eat, and people are already getting more than twice their daily recommended intake,” Layman says.

Jaime Mass, R.D., a nutritionist working in Florida also backs this theory. According to her cutting fats from your diet can trigger sudden drops and spikes in your blood sugar levels. This results with cravings, which often leads to turning to refined carbs to get the instant infusion.

To make things worse, processed foods that claim to be low in fats, are usually packed with sugar and calories, containing much more than the normal variants.

By eliminating the fat from the food, you blunt its flavor, and there is a need for adding ingredients to improve the taste. According to Mass, this is usually achieved by adding sugar to the product.

“So if you take a food that had fat, remove it, triple the carbs, double the sugar, add extra ingredients to support the consistency and flavor, label it fat-free and consume it for years and years, you’re setting yourself up to be overweight and develop health problems, including abdominal fat, Type 2 diabetes, and cardiovascular issues,” Mass says.

The low-fat label is often misleading for the people, who tend to assume that the reduced fat content automatically makes the product healthier to consume. According to a study from the Cornell, people who consumed snacks with low-fat label , marked 50% increase of their calorie intake compared to the calorie intake of the same amount of full-fat snacks.

Another study, this one coming from Scandinavia, followed 1,500 people eating high dairy-fat diet. According to their results, they showed lower inclination for gaining fat around the waistline compared to the group eating low-fat diet.

In addition, increased weight is the number one enemy of your hear and can lead to many heart diseases. Including saturated fat into your meals may prove highly beneficial for preserving its health.