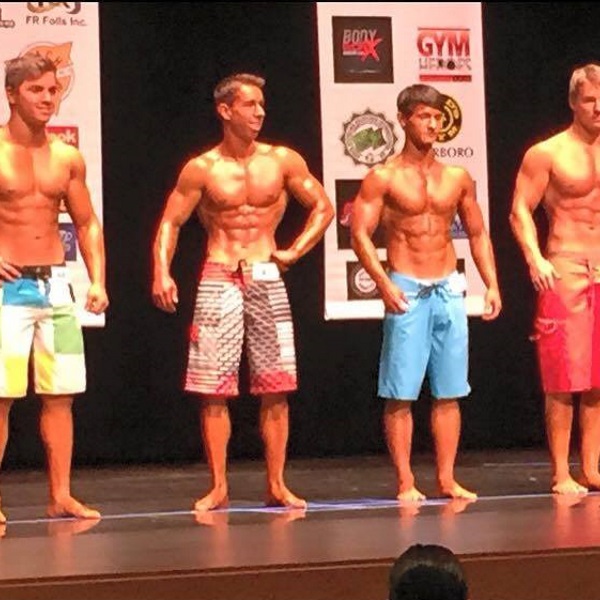 The long term success of any major sport is and always will be, dependent on young, up and coming talent continually entering the sport. In the few sports that are excessively popular, such as basketball and football, this is never a concern, as there are millions upon millions of young players attempting to make it to the top at all times. Unfortunately, bodybuilding is not one of these super popular sports, not by a long shot. For that reason, the number of talented, up and coming athletes becomes a serious issue. In a sport like football or basketball, it is very obvious as to why there is no shortage of prime talent coming out of the amateur ranks. With all of the fame, fortune, and popularity involved in these sports, who wouldn’t want to be a part of them? Bodybuilding on the other hand, normally provides very little fortune, and even less fame. Not only that, but in in recent years, our industry has seen the creation of some all new reasons for young prospects to never make it into bodybuilding’s pro ranks, and it shows.

How does it show? Well, in the last seven years, with the exception of Jay Cutler retiring, and the emergence of Shawn Rhoden, the top five at the Olympia has remained entirely unchanged, and this trend will more than likely continue into 2016, for a total of eight years. In 2009, the top five at the Mr. Olympia was Jay Cutler, Branch Warren, Dexter Jackson, Kai Greene, and Phil Heath. This was the year of Dennis Wolf’s Olympia fluke, where he placed outside of the top ten. However, Dennis was fifth in 2007, fourth in 2008, and fifth again in 2010. This means that four out of the top five bodybuilders in 2009, were still in the top five seven years later in 2015. Like mentioned earlier, the only real differences are Shawn Rhoden and Jay Cutler, and Shawn is not exactly a young up and comer. What’s worse, is the fact that it is very possible that nothing will change this year, in 2016. The chances are very large that Phil Heath, Kai Greene, Dennis Wolf, and Dexter Jackson will once again be in the top five in 2016. Not only will the top five be close to exactly the same competitors, but Dennis Wolf will be on his tenth year as a top five guy, and Dexter Jackson will be on his fifteenth year of finishing amongst the top five bodybuilders in the world. You heard right, fifteen years. Dexter placed fourth at the 2002 Mr. Olympia.

By comparison, the 90’s saw far more changes in the top five over a similar time frame, and as you will see, so did the 80’s and the 2000’s. For example, from 1991 to 1999, which is also eight years, only one competitor made the top five at both of those shows. Not surprisingly, it was in fact Shawn Ray, the 90’s own version of Dexter Jackson. Even more telling is the contrast between the 1982 Mr. Olympia top five and the 1990 Mr. Olympia. Which again, were eight years apart. These two top fives share no competitors in common at all. Just to ensure that this dead horse which I continue to beat is thoroughly mutilated, I will mention one more eight year time frame in bodybuilding history where the Mr. Olympia top five did not share one single competitor from one end to the other. The 2000 Mr. Olympia top five shared zero competitors with the 2008 Olympia, not one.

As these statistics clearly indicate, there has obviously been a serious drop off in the number of talented amateurs coming out of the NPC ranks over the last two and a half decades or so. Now, the Mr. Olympia top five being nearly unchanged for the last eight years is not necessarily a terrible thing, but it does make for some fairly boring Mr. Olympia contests, and the key reasons for this phenomenon are troubling to the hardcore bodybuilding fan. Or at least they should be. Reason number one, in my opinion, is the general direction in which the physiques at the top of the sport are heading. Reason number two, is talent being sucked away from bodybuilding and into the men’s physique division. Reason number three, is the general, as many affectionately refer to it as, “pussification”, of America.

Few would disagree with the sentiment that the physiques of today are inferior to the physiques we saw in the 80’s and 90’s, in nearly every way possible. In regards to the 80’s, today’s competitors are certainly in better condition, but that is all, and slightly better conditioning does little to make up for the average waist size being about six inches bigger today. When you talk about the physiques of the 1990’s, you are dealing with competitors who not only displayed a more pleasing look, which even the general public could get behind, but they were also big enough and lean enough to do battle with, and more times than not, defeat today’s competitors. The point here, in regards to the whittling down of our sports talent, is that young people are stumbling upon photos or videos of today’s competitors and interpreting them as some kind of freak show. Whereas in the 90’s a young man might come upon photos or video clips of Flex Wheeler or Shawn Ray and immediately be drawn to such a sight, wishing to emulate it. In fact, this latter story was the starting point of many of today’s top bodybuilders journey to the Olympia stage. One must seriously question whether or not today’s pro bodybuilders are having the same effect on today’s young people.

The second and third reasons that I feel our sport is becoming more and more void of impressive young talent are actually very closely related. At the risk of offending a few people, I have to say that the pussification of America and the men’s physique division go hand in hand just like political correctness and the failing of America’s education system. If you allow the kids to run the schools, in utter fear of disciplining them, education will become complete garbage, just like it is. In a similar fashion, if you provide physique athletes with an avenue similar to bodybuilding, but void of bodybuildings two most difficult aspects, leg training and supreme condition, the young talent will obviously flock to this division. When it comes right down to it, it is simply human nature to take the easier path. In the giant vagina that is modern day America, people have become soft beyond measure. Phones do everything for us, drastically reducing the amount of thought and effort we put into nearly every single task we partake in on a daily basis. More to the point of this argument, our action heroes now look like baby-skinned, makeup wearing, boy band members, as opposed to bad-ass men like Arnold Schwarzenegger, Sylvester Stallone, and Carl Weathers. With this in mind, it becomes very easy to understand why much of our genetic talent is being sucked into the men’s physique division at the expense of professional bodybuilding.

This is the point where I would normally provide a possible solution to said issues. Unfortunately, I really do not have one. Short of Arnold himself taking over the bodybuilding world, doing away with these lesser divisions, and bringing bodybuilding back to what it used to be, there seems to be no end in sight. Guys like Cody Montgomery, Dominick Cardone, and Justin Compton are glimmers of hope, but they are merely David, facing off against a board-shorts-wearing Goliath.