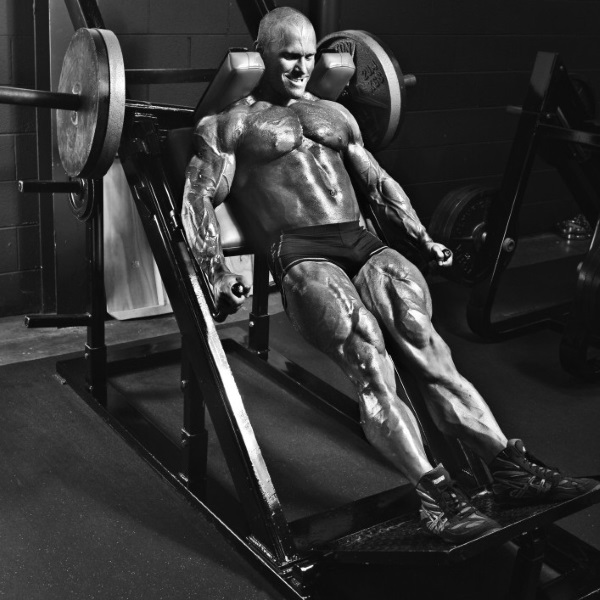 Once you’ve spent enough time under the bar, you come to realize a number of things:

In my case, my quads have always been one of the strongest points of my physique (thanks to 13 years of hockey and twisted love for training legs). They helped me qualify for Canadian National’s in my first competitive bodybuilding season in not one, but two classes: lightweight bodybuilding and the newly introduced classic physique category.

As you move through this article, you will find my five favourite methods for achieving ridiculous quad growth and smashing through the dreaded “why won’t they grow” barrier.

1. Smash your quads three to four times per week, for six months.

Yes, you read that right. In my experience, frequency is key when it comes to attaining impressive levels of development and symmetry in a specific muscle.

Now, it’s one thing to train a muscle more frequently, but you still need to apply a layer of consistency to that model. I mean, short term “specialization” phases are great, but if you don’t apply consistency to the specialization model, you’re really just training your quads a “little bit more” for two or three weeks.

Muscular growth requires frequency, and consistency in doing so. When you decide to zero in on a singular body part, commit to the plan for at least three months. That’s the kind of cajones that specialization training phases should be treated with.

2. Train your quads first, last, and in the middle of your session.

But what about hamstrings? There’s a time and place to give them the love they want. However, an article on arising to Quadzilla status is no such place.

Treat your quads with the prioritization principle, then use it again. And again.

Hitting them at the beginning of your session allows you to achieve stimulation when you’re at your most “fresh,” and establish blood flow to your legs.

Looping back to stimulate them in the middle of your session, with well-pumped legs, means you can crush your quads with some higher threshold work, and heavier loads. Think of something along the lines of barbell front squats with a wave loading set and rep scheme.

Finally, put the icing on the cake by coming full circle at the end of your session. Hop on the leg extension or leg press and focus on jamming as much blood as you can into and thrashing every last muscle fibre of your quads.

3. The back squat is NOT the panacea you may think it is.

As much as I enjoy heavy squatting, I haven’t found it to be the magic ticket to achieving ridiculous leg development. From what I’ve seen and experienced in gyms over the years, back squatting with the lone goal of building thick, impressive legs also creates a host of unwanted side effects.

There was a period of nine months where I was training out of a gym that had an incredible hack squat, leg curl/extension, and leg press setup. Between those movements, and the inclusion of more lunges than I care to count, I had my greatest leg gains ever, despite neglecting the back squat for much of those months.

That all being said, if you know that your legs grow when you squat heavy, often, and don’t suffer any ill effects, carry on.

4. Don’t ignore the rest of your legs.

While they may not be the primary focus of this article or your current training goal, they shouldn’t be ignored either. It’s the same story as the dudes who spend 96.3% of their training lives on the bench press, and wonder why they hit a point where chest growth just doesn’t happen anymore.

Your body is smart – way smarter than you. When one muscle group becomes so developed and so strong in comparison to the rest of your body, it will drastically slow, if not halt the growth response.

Lest you create some sort of front to back, out of balance physique that resembles a third grader’s pencil when you turn sideways.

The same can be said for your legs. If you only performed quad exercises, at some point you’d hit a wall where they overpower the rest of your leg musculature by such a great degree, that the growth response will be halted.

And there’s little worse than stunted growth. You don’t have to give the rest of your legs as much love as your quads, but they do require a maintenance level of attention.

In bodybuilding circles, your intensity is the name of the game when it comes to achieving localized, rapid growth. Fortunately, you’re not without a plethora of “tricks” to take into battle with you:

When you have the goal of driving as much nutrient-rich blood into your legs as you can, all the above can be used to great effect.

Putting It All Together

If you’re amongst the select enlightened lifters who realize that larger, stronger quads are the “missing piece” to bringing balance and symmetry to your physique, focus on the following.