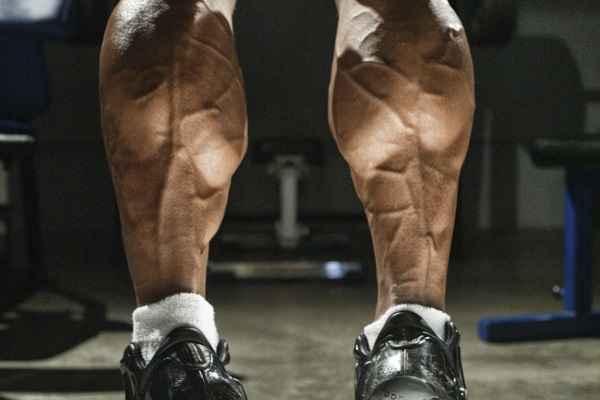 Lagging body parts are always a source of great irritation for anyone looking to improve their physical form. You can have a great chest and back and be satisfied with your appearance But if your forearms are tiny or your quads are underdeveloped, your body will take on an asymmetrical shape. Proportion is the key to having a body that’s as near to perfection as possible. It makes little sense to have great arms if your legs look like twigs. Having a great chest with a beer belly kind of destroys the whole package from an aesthetic standpoint.

If you had to ask a bodybuilder what is perhaps the most commonly underdeveloped muscle group of the body, chances are they’re likely to say the legs, more specifically the calves. It’s not uncommon for the calves to be ignored, treated more like a petulant stepchild than your own pride and joy. The thing is, the calves are very much apart of you and can make or break the aesthetics of your lower half. Just look at Arnold Schwarzenegger.

Back in the day, before he became the seven time Olympia champion, before he was considered the greatest bodybuilder of all time, Arnold had some pretty underdeveloped calves. That neglect would end up being his biggest challenge to overcome. He had the upper body, he had the aesthetics, all that was needed were some stronger legs and the man would dominate. After understanding what he was lacking, Arnold worked tirelessly to improve his calf development and the move brought everything together.

So if you’re one of those people who want to have improved calf development and have a proportioned physique then try out these calf movements to get your calves in the best shape possible:

Calf raises are the number one way to develop your calves, but why stop there. Throw a bit of weight on the barbell and position the bar on your back as if you were prepping for a squat. Perform the exercise as usual and watch your calves grow.

If the standing barbell calf raise is a bit too much for you to handle (why would it be?!) then you can try the seated variant. This one will still give you the added strength and mass you want while at the same time giving you a chance to focus on the isolation of the calf muscle.

The smith machine can be great for classic exercises like the bench and the squat, but it can also aid your calf development greatly.