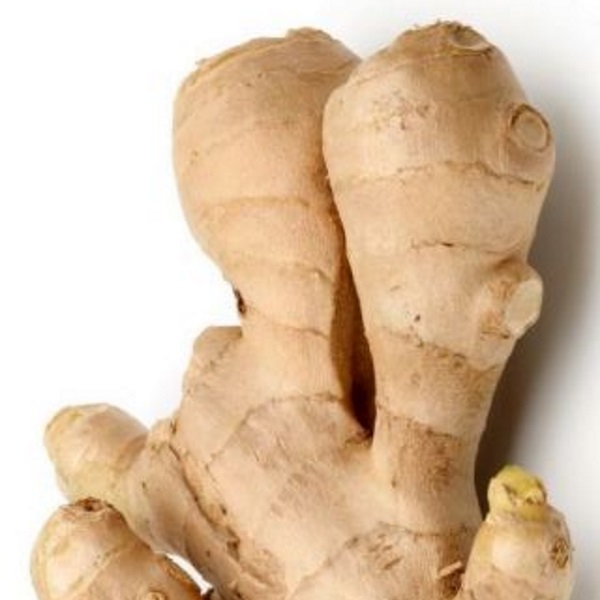 I have worked in the dietary supplement retail industry for the majority of my adult life. While retail work, in my opinion, becomes a bit like Chinese water torture over time, I was able to work with and continue to study supplements every day and get paid for it. Seeing as supplements are one of my passions, working with them directly this way inevitably lead to my knowledge and access of a vast array of different supplements to expand exponentially. Not surprisingly, I have tried and experimented with a countless number of different ingredients, as well as manufacturers, between 2006 and today. A very select few of these ingredients and or companies found a place in my day to day supplement regimen for the long haul. Ginger root is one such ingredient.

I first began experimenting with ginger supplements nearly ten years ago, as a remedy for post meal bloated, uncomfortable stomach. As anyone in the bodybuilding industry will tell you, bodybuilders often consume quantities of food that would make anyone uncomfortable. I was no different, especially when I was younger. In fact, this ability to eat lead me to a very brief competitive eating career. While researching digestive aids for this uncomfortable post meal feeling, I came across ginger’s reported ability to relax the lining of the stomach, increase the rate of stomach emptying, and increase the secretion of digestive fluids in the stomach. Of course I had to try it! For a measly seven dollars I bought a bottle, and much to my delight, as long as I took enough, the stuff worked pretty well. In certain situations related to an upset stomach, ginger actually worked exceedingly well for me. From that point on I was hooked, and I proceeded to learn all that I could about this root.

Beyond the medicinal properties that will be discussed here, ginger, which is actually an appealing looking flower that is most commonly grown in India, is often used in landscaping in a decorative manner. Even more often than that, ginger root is used as a spice and or food all around the world. Ginger root is used to make soups, cookies, breads, tea, candy, wine, salads, beer, soft drinks, gravies, or simply eaten all by itself, as many people do with sushi. As a person who really doesn’t understand the general obsession with sushi, especially in this industry, I personally feel that the shreds of ginger are the best part of going out to eat sushi. Purely from a nutritional standpoint, ginger is not very useful, as the amount that is typically used is too small to provide any significant amount of vitamins, minerals, or macro nutrients. From a supplemental standpoint, ginger has a vast number of reported benefits. However, I have personally experienced three main benefits over all others, as a result of ginger supplementation. These three benefits being, the elimination of nausea, appetite enhancement, and an anti inflammatory effect.

As far as nausea cures are concerned, in my opinion, ginger stands alone. Having spoken to cancer patients who underwent extensive chemotherapy, I have heard personal testimonies claiming that nothing was effective at reducing their nausea except for ginger. Not even the prescription medicines they were prescribing specifically for this nausea. Whether they took a ginger supplement or simply chose to suck on a piece of fresh ginger, ginger seemed to be the silver bullet. There is a reason your mother had you drink ginger ale whenever you came down with the stomach bug as a kid. Ginger ale used to actually contain ginger, imagine that. This means that ginger ale used to be quite helpful in treating nausea, nowadays it is only helpful at giving you diabetes. Gingers potential potency in regards to nausea is pretty impressive. So impressive in fact, it is very hard to fathom why so few people are aware of this beyond blindly feeding their kids carbonated sugar water labeled as ginger ale, only because that is what their parents did for them.

My experience with ginger as an appetite enhancer comes via my short stint as a wannabe competitive eater. While I did demolish a few eating challenges and placed well at one eating competition, I soon realized eating on a competitive level was not for me. Nonetheless, while I was doing so, you better believe I used any supplement that I could to my advantage, and ginger may have been the most helpful of all. Saying that ginger enhanced my appetite really is not true. It would be more accurate to simply say that ginger allowed me to eat more food, not that it necessarily made me feel hungry. Ginger served to shorten the time that I was full when taken after a meal, as well as allowed me to consume slightly more food when taken before the meal. In regards to increasing one’s appetite with a natural product, ginger root is the king. The anti-inflammatory effects of ginger are much harder to gauge, namely because I use several other anti-inflammatory ingredients. However, I can confidently say that I have found a very effective combination of anti-inflammatory ingredients that keep my levels of inflammation very low, and ginger is part of that combination.

Gingers potential does not stop at just these three benefits. In fact, the list of possible benefits of ginger, which are accomplished mostly via one of ginger’s components called 6-gingerol, is extensive. This list includes, testosterone production, an anti-cancer effect, fat loss, insulin sensitivity, lowering cholesterol, and improved brain function, just to name a few. That said, whether or not a given person will truly experience any of these benefits, is anyone’s guess. Another important benefit of ginger root is its low price. It is said that you get what you pay for, meaning the more expensive a good or service is, the more likely it is to be of high quality. While I certainly agree with this notion, especially when it comes to dietary supplements, in the case of ginger, it is of no concern. Luckily, for any person who decides to harness the multiple benefits of ginger, it is extremely inexpensive in comparison to most supplements. With that being said, it would definitely be in one’s best interest to do their research and make sure they are buying a high quality ginger product, even if it means paying slightly more money.

For all the reasons listed above, ginger remains one of my favorite supplements. Seeing as nearly all adults deal with either indigestion, upset stomach, or joint pain, ginger has the potential to help almost any person. If you decide to buy a comprehensive supplement for any of these common issues, it might benefit you to make sure that one of it’s key ingredients is ginger.