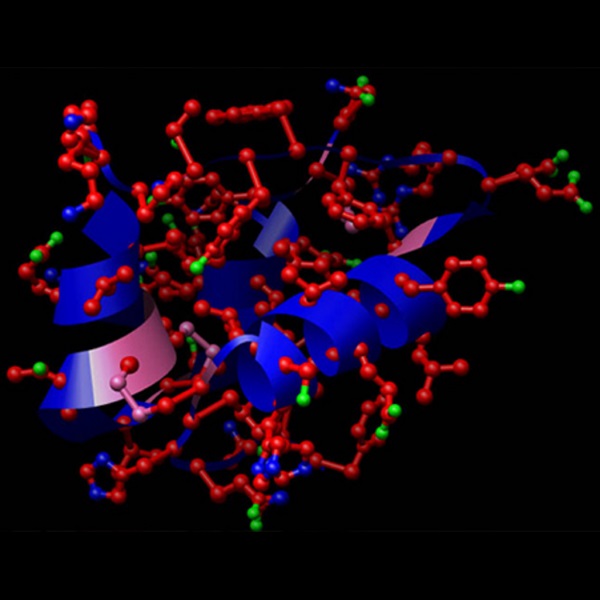 How to Bulk and Cut on the Same Day

Daily Manipulation
Forget the idea of the seasonal “bulking” and “cutting” phases that the newbies love to talk about. Instead, bulk and cut throughout the day, maximizing muscle gains while controlling body fat.

How? By manipulating insulin.

Depending on your background, you probably think of insulin as either the anabolic Holy Grail or the natural enemy of fat loss. Which is it?

Insulin is Like a Weapon
It’s human nature to label something as good or bad, but this myopic outlook often does us more harm than good.

How can one hormone be a fat boy’s nemesis and a skinny boy’s best defense?

The truth is, insulin is like a weapon: it can hurt you or help you. And the good news is we can accurately predict how insulin will act.

Know Your Opponent
Insulin is an anabolic hormone. In fact, it’s even more anabolic than growth hormone. The problem? It’s indiscriminately anabolic and doesn’t care whether it helps with the building of muscle or the accumulation of fat.

But you can’t blame insulin. After all, it’s just a hormone doing its job. And its primary job is to maintain safe and steady blood glucose levels of around 80-100 mg/dl.

So when blood glucose levels rise above 100, insulin is secreted by the pancreas. Then, ever-so-helpful insulin “picks up” the extra glucose out of the blood and takes it to a storage depot for safe keeping.

There are three different storage areas for this extra glucose:

Of course we prefer storage in the first one or two, but the reality is that insulin doesn’t care. It’ll simply do what it’s programmed to do.

So let’s look at exactly what insulin is programmed to do.

Muscle is made of protein. Protein is manufactured by ribosomes. Ribosomes are turned on by insulin. Allow me to quote Guyton and Hall’s Textbook of Medical Physiology:

“In some unexplained way, insulin ‘turns on’ the ribosomal machinery. In the absence of insulin, the ribosomes simply stop working, almost as if insulin operates an ‘on-off’ mechanism.”

2.  Insulin Inhibits Catabolism of Protein
Insulin inhibits the breakdown of muscle. The anti-catabolic nature of insulin is every bit as important as its anabolic nature. Every day, your body synthesizes some protein and breaks down some protein.

Whether or not you gain muscle mass over time is like a physiological math game. To build muscle, you must synthesize more protein than you catabolize.

3.  Insulin Transports Amino Acids into Muscle Cells
Insulin actively transports certain amino acids directly into the muscle cells. You can probably guess which amino acids get this special treatment. BCAAs – which are packed in workout nutrition for a reason.

Branched-chained amino acids are personally escorted into muscle cells by insulin, which is essential if you want to build muscle.

4.  Insulin Increases Activity of Glycogen Synthase
Insulin increases the activity of the enzymes (like glycogen synthase) which stimulate glycogen formation. This means it helps the storage of glucose in muscle cells, thereby improving performance, recovery, and the size of your muscles.

So far so good, but what about the other side of the coin?

Insulin inhibits an enzyme called hormone-sensitive lipase, which is responsible for breaking down adipose tissue.

If you can’t break down stored fat (triglycerides) and turn it into a form that can be burned (free fatty acids), you’re not going to get leaner.

Although that’s not good for our body composition, it makes perfect sense when you recall that insulin’s main function is to get rid of extra glucose in the blood. And insulin will accomplish this by both storing carbs and burning carbs.

3.  Insulin Increases Fatty Acid Synthesis
Insulin increases fatty acid synthesis in the liver, which is step one in the process of gaining body fat. This depends on the availability of excess carbs – the amount above what is immediately burned for energy or stored as muscle glycogen.

4.  Insulin Activates Lipoprotein Lipase
Once activated by insulin, lipoprotein lipase breaks down triglycerides into absorbable fatty acids which are quickly and easily soaked up, converted back into triglycerides, and stored by adipose cells.

But if you know a little medical terminology, lipoprotein lipase will sound like a good thing at first. After all, lipase is an enzyme that breaks down fat, so why wouldn’t you want to increase it?

Recall that we just discussed how insulin increases fatty acid synthesis in the liver.

Once those extra fatty acids are converted to triglycerides, they’re picked up by lipoproteins (i.e. VLDL), dumped into the bloodstream, and told to go find a home.

5.  Insulin Promotes Glucose Transport into Fat Cells
Insulin increases the movement of glucose across fat cell membranes and into the fat cells. The breakdown and burning of fat for energy is increased in insulin’s absence. (But remember, insulin also increases transport of glucose into muscle cells.)

Solving the Insulin Riddle
Insulin is simply an anabolic transport hormone that does its job. We’d die if it didn’t.

It doesn’t care whether you gain fat or gain muscle. All it cares about is keeping blood glucose in the normal range. When blood glucose gets high, insulin will be secreted and will work quickly to restore normal serum glucose levels.

It’s not up to insulin to secrete itself for leanness or muscle growth. It’s up to you to stimulate insulin release optimally through your nutrition. And there’s a way to do just that.

First, decide where on the fat loss/muscle gain continuum you lie:

“I Only Want to Build Muscle.”

If your primary goal is hypertrophy, then you want high levels of insulin throughout the day.

You especially want high-insulin levels around workouts to take advantage of the fact that at that time, the muscle cell membrane is extra permeable to insulin and whatever it is carrying (like glucose or BCAAs).

If your goal is strictly fat loss, then you want to decrease your levels of insulin throughout the day, on average.

But don’t misunderstand this. Some people think that having low insulin levels all day every day is the best way to lose fat. But unless your idea of exercise is mall walking, you need a more intelligent strategy.

Even if you couldn’t care less about building muscle, it’s still important to initiate some insulin secretion around workout time. This will stop the training-induced catabolism as well as shuttle glucose and amino acids into the muscle cells.

Otherwise you’ll find yourself losing valuable muscle and hampering the metabolic machinery that burns fat. You don’t want to look skinny-fat, do you? Well, that’s exactly what you’ll look like unless you routinely give your muscles carbs.

“I Want to Gain Muscle and Lose Fat.”

Now here’s a goal everyone can relate to: gaining muscle and losing fat.

Sadly, most of us believe the experts who say it’s not possible to gain lean muscle while losing body fat. Conventional wisdom still says that one must alternate between “bulking” and “cutting” cycles to achieve more muscle mass with less body fat. But this so-called wisdom isn’t so wise after all.

Insulin is like a switch that controls from moment to moment whether we’re burning fat or building muscle. It doesn’t take a whole day for this change to occur. In fact, it only takes minutes!

Want to gain muscle faster? Increase the amount of insulin you secrete. This is especially beneficial to do around weight training. Insulin will not convert glucose to fat if it can first store it as muscle glycogen.

And after an intense weight-training session, both muscle and liver glycogen are depleted and ready to soak up serious glucose. So, don’t be shy with the carbs at this time.

For even faster muscle gain you should also boost insulin levels another time or two throughout the day. You could accomplish this with a couple more carb-containing meals.

Then, in order to cover the fat loss part of this equation, keep insulin levels low during the remainder of the day.

Flip The Switch
Whether you’re promoting muscle gain or maximizing fat loss, insulin is the switch you need to learn to flip: “on” for gains, “off” for fat loss.

Whichever you choose, remember that the switch doesn’t have to stay flipped up or down for months at a time. Choose to manipulate insulin on a daily basis and you can reap the benefits while avoiding the drawbacks.