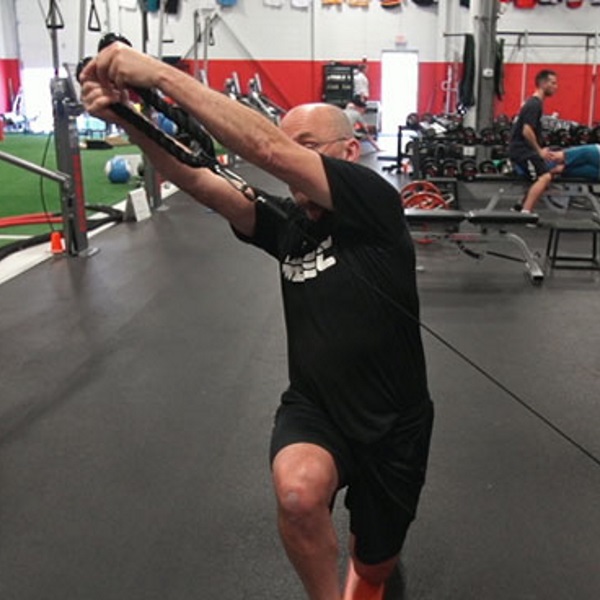 It may be both the most maligned and most important term in fitness today. I’m referring to the obligatory use of the term “core strength training.” Some wish to drive it off with pitchforks and torches; others would like to make it the “be all” of training. So, what is the truth?

I’ll be honest. My thought process and experience changed drastically this past year when a 25-year-old disc injury finally gave out. After two and a half decades, the disc literally lost all integrity and started to place pressure on my nerves and spinal cord. A few surgeries later, I had an L4-5 fusion and a big scar in the front of my lower abdominal area.

Although I was not new to low-back pain, this was obviously different. The surgery was necessary because I had lost a great deal of strength and overall use of my right leg. Even if you’re not among the 80 percent of Americans with low-back pain, you might expect that this served as a great motivator for me to spend time in the hospital examining what core strength training is all about and how best to use it

To really appreciate core strength we have to fully understand what it means. Unfortunately, most still believe the term refers to anything that makes you feel your abdominals working. That isn’t the intent or thought process you should have with core training.

The best definition of “core stability” comes from the leading expert on spinal mechanics and performance, Dr. Stuart McGill. We could speak about a bunch of different muscles that contribute to core training, but Dr. McGill breaks it down simply as “core stiffness.” That’s it?

You might be asking, “how does this relate to my core strength training?”

According to McGill, “The performance side, ‘Core Stiffness’ is mandatory. It is absolutely essential to carry heavy loads, run fast and change direction quickly. It determines the rate of speed for movement of the arms and legs. There are those people who state they do not need dedicated core training because they lift and squat. Yet when I assess their strength and speed abilities, often I find they are unable to translate their strength to on-field performance. Pointing out their weak links brings them to the realization: Training the core is non-negotiable.”

How can we use core training in a smarter way, one that actually translates to our performance in life and/or sport? For one thing, we can’t just use any one exercise or focus on one muscle or small group of muscles. That’s because the muscles that stabilize the spine really depend on the task you are performing. Instead of focusing on a singular type of training, a more well rounded approach will enhance all aspects of core training.

First, we should distinguish rehab from performance. If you have an acute injury, you need first to consult with a qualified health professional. However, if you have been dealing with chronic issues or are looking to enhance your performance, these strategies can help quite a bit.

Lateral Stability
Most people who think of core strength training immediately jump to exercises like Front Planks and/or Sit-Ups. In either case, they think primarily of the anterior part of the body, giving little thought to the lateral side. Why is that important to core strength?

Frontal plane stability is given to us by the strength of our “Lateral Sling System.” Basically, the gluteus medius and adductors work with the opposing quadratus lumborum to create lateral stability for actions like walking, running, and cutting. Experts like Dr. McGill assert that lateral strength is essential to maximizing change-of-direction speed and hoisting loads that exceed our spinal strength.

Exercises like Russian Twists have a long history in fitness, but that doesn’t mean they are great for our bodies. As our understanding of the body has grown, we now realize some of the things we were used to doing were quite horrible!

The lumbar spine possesses very little rotation, which is why it sits upon the pelvis and the hips. The hips are ball-and-socket joints, so they should facilitate a lot of movement. This has given rise to the idea among scientists and therapists that core training is more about resisting than producing force. Porterfield and DeRosa, authors of Mechanical Low Back Pain, talk about training the core as anti-rotators.

Rotation should come from the hips, and we should see the core’s ability to resist rotation.

As silly as it feels for many, especially guys, having great pelvic control is essential for transmitting great force and for being fast and explosive. As previously mentioned, the goal of core strength training should be to create a strong platform for force to be transmitted through the limbs. Learning this essential idea can be humbling, but it will be well worth it in the power you feel coming from it!

Exercises like the Bear Crawl have become all the rage in core training due to the fact that they work the highly underutilized cross patterning of the body. How does this relate to core strength? Very simply, watch someone walk or run. Their legs and arms work in opposition to create motion. This helps the body create stability and makes it more efficient through various kinetic chains (more sling systems).

If the body naturally works with cross patterns, it makes you wonder where they are represented in functional strength training concepts. There are more ways than crawling to build cross patterns, as you will see through these progressions. The hard part about embracing these ideas is that this is real core strength training, but you may not necessarily feel the same “pump” in your abs that you would with standard Crunches. It’s a different way to look at and feel core training.

I hope this article gets you thinking differently about functional training. The goal should be to teach your body to move more efficiently. When I ask coaches, “what is the purpose of strength,” many look at me like I’m crazy. What is it though? What is the goal of strength? If done correctly, it means helping your body move more efficiently. That is the way you perform better, you become more explosive and you dominate your opponents.