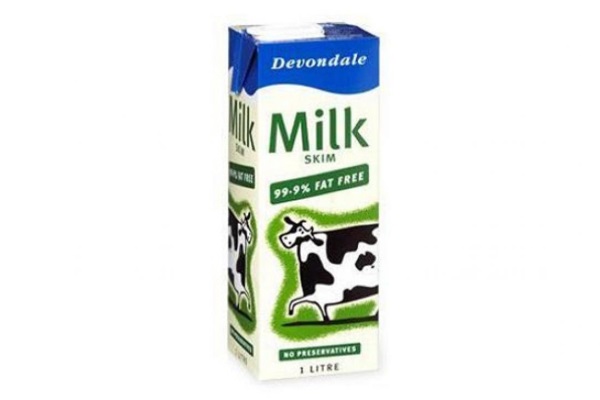 Strength athletes who lack time, money or motivation to optimise their diet can achieve good results just by drinking a litre of skimmed milk after each training session, write Canadian sports scientists from McMaster University in Medicine and Science in Sports and Exercise. The Canadians did trials with 20 female students whose average age was 22-23.

The researchers had the women do weight training for 12 weeks. They went to the gym five times a week. For the first few weeks the women trained using weights with which they could manage 10-12 reps, but the weights gradually got heavier. Towards the end of the 12 weeks the women got no further than 4-6 reps. They did 2 sets of each exercise, and rested for 2 minutes between each set.

Half of the women drank half a litre of skimmed milk immediately after every training session. An hour later they drank another half litre. [MILK] The other half drank instead of milk a drink that contained maltodextrin only, a carbohydrate. The number of joules in both drinks was the same.

For most exercises the maximal strength increased more in the MILK group than in the control group. The table below shows the percentage increase in the weight at which the women could just manage 1 rep.

The researchers monitored the women’s levels of testosterone, free testosterone, growth hormone and IGF-1. They found no difference between the groups.

If your protein intake is already considerably higher than 1.3 g/kg/day, then you might not react to drinking milk after a workout as well as the women in this study did.

The study was partly financed by the dairy industry.