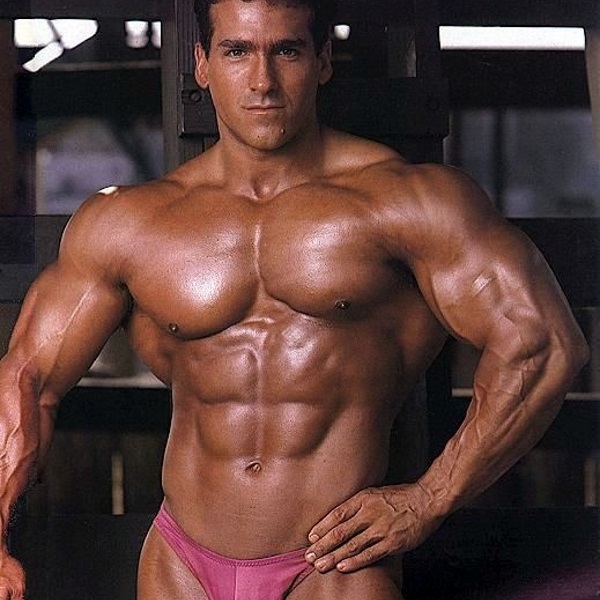 Bodybuilding is both a sport and an art, but that only begins to explain the tension. First, it’s the most subjective of all athletic contests. Which physique is ideal? Do you favor more mass or better proportions? Monster quads or a greater flow to the whole? And as art, styles clash, as if a lifelike sculpture by Michelangelo is next to an abstract painting by Picasso. Is bodybuilding foremost about the pursuit of harmonious refinements or the avant-garde urge to shock? On one side is Team Aesthetic, on the other is Team Freaky. And somewhere in the middle are men, like five-time Mr. Olympia Phil Heath, who combine elements of both. The debate has only grown with the creation of the classic physique division, which launches this year. How did we get here? Where are we headed? And what exactly is classic?

With his X-frame, proportionate development, and chiseled handsomeness, Steve Reeves emerged as the paradigm of physique aesthetics in the late ’40s. When, a decade later, he achieved worldwide fame as Hercules in the first of his several mythological movies, his superhero looks influenced the generation who hoisted up barbells in his wake. Reeves was the classic ideal, and to many he remains so today.

Divergent approaches to bodybuilding emerged in the ’60s and ’70s. Although he possessed a svelte waist and symmetrical unity, Sergio Oliva overwhelmed the competition with an unprecedented abundance of mass during his trifecta of Olympia wins (1967–69). Conversely, Serge Nubret’s body foretold the men’s physique division—flawlessly sculptured when standing relaxed but lacking the heft to hang with Arnold Schwarzenegger in poses. Frank Zane later perfected the Nubret formula of aesthetics first, and he frustrated much larger competitors during his Olympia trifecta (1977–79) a decade after Oliva’s.

It was in the ’80s when the divide between classicists and the avant-garde widened.

Bodybuilders like Bob Paris, Lee Labrada, and Mohammed Makkawy emphasized the harmony of proportionate development. They resisted getting too big—a tipping point where muscle crammed on their frames looked unattractive. Meanwhile, abstract artists like Tom Platz (legs) and Bertil Fox (pecs, arms) were celebrated for their freakish parts despite their overall imbalance. Platz pushed his lower body to shocking dimensions, and he was immensely popular after finishing third in the 1981 Mr. Olympia. On the other end of the spectrum, despite having what some consider the most flawless physique ever, Paris resisted the extra growth and definition needed to secure pro titles. A third course was traveled by eighttime (1984–91) Mr. O Lee Haney, who, like Arnold before him, won with both size and shapeliness. His dramatic X-frame remains a paradigm of mass with class.

In the ’90s, size ruled at the Olympia, but aesthetics earned its due. Dorian Yates, weighing as much as 265, overshadowed the competition while winning six straight Sandows (1992–97). At three of those O’s, 210-pound Shawn Ray (twice) and 235-pound Flex Wheeler were second. They displayed more proportionate and pleasing shapes and superior symmetry, but they couldn’t overcome Yates’ colossal lats and legs. In fact, the size increase in those two areas is what most distinguishes modern mass monsters from even giants of previous generations, like Arnold. After Yates supersized in 1993, there were those, including Arnold, who claimed he’d gone too far. They championed smaller, more classically shaped bodybuilders, especially those from yesteryear.

And then came the reign of Ronnie Coleman. You can divide his eight-Olympia win streak into the first five (1998–02), when he weighed 240 to 260, and the last three (2003–05), when he ballooned to around 300 and presented the largest conglomeration of muscle ever assembled. It wasn’t pretty. His once-svelte waist had expanded. His lats, traps, and legs had reached monstrous levels. Cartoonish muscle hung from him. If Reeves had resembled Superman from a ’40s comic book come to life, late-stage Coleman was like the ’90s Hulk in the flesh. His unprecedented enormity coupled with his stupendous strength made him the most popular bodybuilder worldwide since Arnold. But there was a backlash. Previously unnoticed Gustavo Badell rocketed to third in the Olympia twice (2004–05), behind Ronnie and heir apparent Jay Cutler, because of his smaller but more pleasing shape. He even beat Coleman in a controversial challenge round, judged by previous Olympia champs, which seemed designed to turn back the clock to an earlier era. As Coleman once said of his detractors: “Some people like apples, some people like oranges.” The apple won the Sandows, but the cry for more oranges was growing.

It wasn’t just that Mr. Olympia was IMAX-size. A rash of unattractive features marred the least aesthetic bodybuilders, including distended bellies, abject disproportion, severely blemished skin, muscles artificially inflated with Synthol, watery conditioning, and jittery posing. In fairness to the judges, the worst offenders didn’t make the posedown round. Nevertheless, they were appearing on stages and being mocked on message boards. Fans were revolting. There was a sense that change was necessary. For a strategy, one needed only to look to the female side of the sport, which launched multiple divisions (fitness, figure, bikini, and physique, in addition to bodybuilding) over the years to give options to competitors and fans alike.

In 2007, the IFBB Pro Leaguestarted a lighter-weight division (now 212 pounds or less), whichhas provided shorter and lighter men a venue to shine. Current and four-time Olympia 212 Showdown champ Flex Lewis has dominated the 212 division with his superb shape and high-def conditioning. Then, in 2012, the IFBB staged the first professional men’s physique contests to reward a fitness model look. Competitors wear board shorts (obscuring their legs) and stand semi-relaxed instead of striking traditional poses. “Extreme muscularity” is marked down by judges. The division’s popularity has exploded with amateur competitors, but a broad space has opened between Olympia Physique Showdown champ Jeremy Buendia and Mr. Olympia Phil Heath.

“We need to do something about the judging and stop just rewarding guys with the biggest muscles who don’t look as pleasing. Look at the old days when Steve Reeves won. When Steve Reeves won, and you saw him on the beach [in photos], you said, ‘I would love to have this man’s body. Look at how beautiful this man looks.’ But that’s not what you say about the guys today who win the competitions. So what I’m trying to tell the judges is, you have to look at everything, like, for instance, so many of those guys have their stomachs sticking out…It used to be that you should have a V-shaped body. Now, I don’t know, it’s like a bottle-shaped body—it doesn’t look right anymore. So we just have to make sure we’re rewarding the right guys, because if we’re rewarding the right guys, then everyone will start training to have a beautiful body again.”

The preceding proposal was made by Arnold Schwarzenegger at his seminar the day after last year’s Arnold Classic. It was sparked because he felt the classically shaped (but never high-def) Cedric McMillan should’ve been battling Dexter Jackson for first in the AC. (McMillan finished fourth behind mass monster Branch Warren and freaky phenom Justin Compton.) But it was something bodybuilding’s ultimate icon had been brooding over since the Dorian era. He framed it as a call to action, encouraging the magazines and fans to take up the cause. He wasn’t the first to say it, but when Arnold speaks, the bodybuilding world listens.

The idea had been percolating for some time. NPC and IFBB Pro League president Jim Manion explains that men’s physique competitors have been growing bigger at the same time many bodybuilders don’t want to have to play the “size game” of continuous expansion to win. Enter the classic physique division, which, as the press release states, will “bridge the gap between bodybuilding and men’s physique. Classic physique will be for competitors who want to present more muscular size than is currently acceptable for men’s physique but not as extreme as the current standards for bodybuilding.”

There are three height divisions, each with specific height and weight qualifications. For example, if you’re between 5’9″ and 5’10″, you must weigh in at 192 pounds or less. Competitors wear black spandex posing trunks, similar to the less revealing styles donned by Reeves and Schwarzenegger. Judging will be based on four semi-relaxed quarter turns as well as five poses: front double biceps, side chest, back double biceps, abdominals and thighs, and a choice of one classic pose. Routines will be performed at the finals. The press release states: “Judges will be looking for competitors who display muscular size, symmetry, balance, and proportion, with an emphasis on definition and condition. The ideal physique will display an aesthetic appearance highlighted by a small waist.”

With weight limits and a focus on conditioning and aesthetics, classic physique will provide bodybuilders and fans with a way of turning back the clock to the era of Reeves, when perfection of the male body was the goal. Meanwhile, the debate continues. Team Aesthetics or Team Freaky or some combination of the two? Sergio Oliva or Frank Zane or Arnold Schwarzenegger? Markus Rühl or Lee Labrada or Victor Martinez? To some degree, bodybuilding at its highest levels will always be about pushing the limits of the human body—more muscle, greater cuts, new dimensions. The classic physique division will emphasize additional qualities, and these, too, can reach new heights—more proportional, more aesthetic, and, ultimately, more classic.

Body-weight limits vary according to your height. Learn your number, and go no more than 15 pounds over this in the off-season. You can be too big. Be especially careful not to overexpand your glutes, traps, lower pecs, obliques, and hip flexors, as doing so will harm your physique’s flow. Conditioning is a principal judging focus. Unlike too big, there is no too lean. Diet and cardio are crucial. Strive for proportional development. Target lagging body parts more and better body parts less. Tight waists are at a premium to judges. Emphasize abs. To improve your X-frame, stress medial delts and outer quads