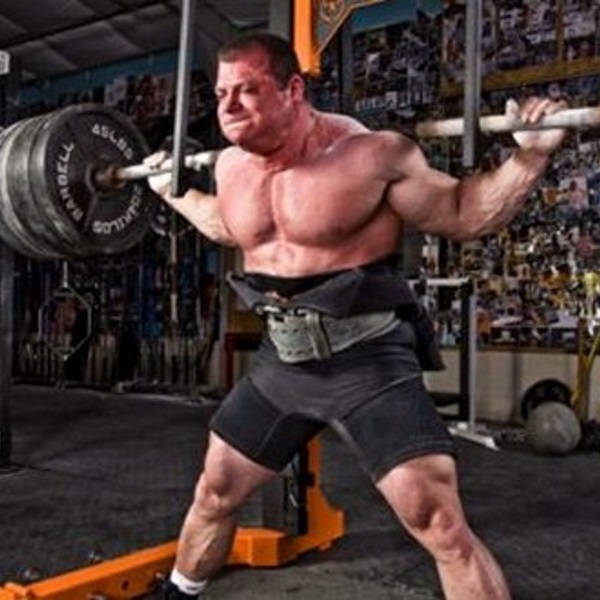 Want to know the cheapest and probably the most effective way? SQUAT! I have met people that never gained muscle until they got on a simple program that revolved around heavy squatting. I have had drug free people gain 20 lbs in three months doing a simple routine of 6 or 7 exercises with the emphasis on killing yourself squatting, and heavy eating. And I mean 20 lbs ALL over not just the legs.

I have met people that never gained muscle until they got on a simple program that revolved around heavy squatting. I have had drug free people gain 20 lbs in three months doing a simple routine of 6 or 7 exercises with the emphasis on killing yourself squatting, and heavy eating. And I mean 20 lbs ALL over not just the legs.

The typical hardgainer can forget about making big gains throughout the body until they get the thigh/back musculature growing. Think about it this way, if your body is not very efficient at growing muscle tissue and your current routine is like the routines of most trainees, (what I call the double B’s, bench and biceps) how much of a demand have you placed on your body to become more efficient at growing? Working chest, delts, tri’s, and biceps works approximately 10% of your overall lean body mass. Working hard on deadlift or squatting, works more like 70% of your musculature at once and sends a strong message to your body to “start growing”!

Because the demands on your metabolism are so great when doing these movements the results are also great. But like anything worthwhile in life it comes at a price: brutally hard work done consistently with ever increasing poundages. The original “recipe” for success for those that were previously unable to register significant gains in size and strength was the 20 rep squatting routine with one set (after warm-ups) to failure done along with a handful of other basic exercises, no fluff, just brutally demanding hard work done infrequently with an emphasis on heavy eating.

If you have never done high rep squatting or deadlifting with max poundages you will no doubt be amazed at how difficult they are. They will probably be the most demanding things you have ever done inside or outside of the gym. They will for sure be the most productive thing you’ve ever done in the gym. Twenty Rep squats are not done by putting a light-weight on the bar and doing twenty quick reps and racking the bar. They are done by using a weight that the trainee will have to almost kill himself to get 15 reps with. By rep 10 or so you will be breathing like a horse and gasping for your breath. You will fight to get the 15 reps, then instead of racking the bar you keep it on your shoulders and rest/breath long enough to get the next rep, and the next, then the next. You will have to fight every fiber in your body telling you to dump the bar. But you persist and make it to rep 20. Rep 21 should be impossible should you have attempted it. If you are able to do another set after this one you weren’t trying hard enough.

For this reason It’s recommended to do high rep squats (or deadlifts) as the last movement in the routine. Try them and see why! Many times I have trained people who swore they worked like animals in the gym and had them on the floor gasping like fish out of water, unable to continue with any additional work after one limit set of squats. These were people that swore they trained as hard as possible and were sure the proposed workout could not possibly be able to stimulate growth in so few sets. By the way these were usually people that were previously unable to add muscle mass and went on to become quite big and strong by applying hardgainer techniques to their training.

The Heritage High rep squatting has a history going back to the early days of the Iron Game. For a detailed history and training program promoting high rep squatting I suggest you purchase the book “Super Squats” by Randall Strossen.