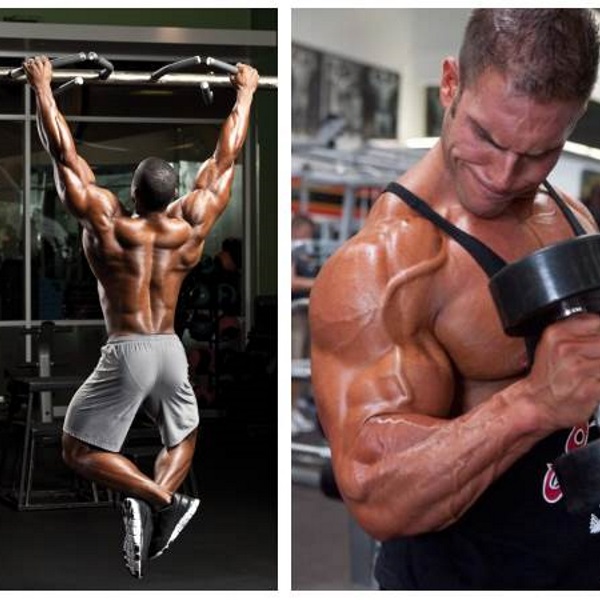 Although most of us tend to freak out at the first mention of the word cardio training, the truth is that it’s more than recommendable if you’re serious about building an impressive physique. Cardio exercises provide your body with a number of different benefits. In addition to strengthening your heart muscle and helping the fat burning process, it improves your overall stamina.

So what makes cardio training so appalling for so many different people. For some, it might be that the traditional cardio workouts can become extremely boring. Others say that they are time consuming, and time is, admittedly, a commodity that not many of us can afford. And there are those who avoid it because of fear that it’ll drain the energy needed for weight training and destroy their gains. Whatever the reason, that’s all just giving excuse for not doing something that is extremely beneficial for you.

Now, what if we can prove you that there is a way to increase the volume of your cardio workout, while simultaneously building muscle mass. That it is possible to improve your athletic abilities, and save time while we’re at it. Will you still look for some excuse to skip your cardio sessions, or will you start sweating your ass ?

Take a look at our five recommendations listed below, and you’ll find that cardio training doesn’t have to be tedious. Some of these recommendations will help you increase the volume of your workout, or reduce the time you spend in the gym. Use them whichever way they suit you.

Add Explosiveness to The Movements

It is no secret that compound lifts involve more muscles than the simple isolation movements. And some of them, like the clean and press or clean and jerk, also involve greater speeds for their execution. Even when performed with lighter loads, you need to activate almost all muscles in your body to clean a bar off the floor and press it up. At the same time the fast pace makes your cardiovascular system work twice as hard, providing both cardio exercise and muscle building movement.

Reduce the Rest Periods Between Sets

Performing the bench press, or any other exercise for that matter will do you no good in improving your cardio if you let yourself take long resting period before every set. Taking those 2 minutes of rest will also increase the time you spend in a gym. Time that can be put to better use for improving your lagging areas. Try shortening the rest periods to no more than 40-45 seconds. This will save you both time and boost your heart rate.

Another method for increasing your heart rate and reducing the workout time is combining two exercises into a single superset. Supersets allow you to give a break to a muscle group before loading it up again. For example, performing a set of heavy bench press will exhaust your chest muscles, shoulders and triceps. They’ll need some time to recover in order to handle the next heavy load. Now, instead of resting, you use this period to hit an antagonistic muscle group. In this case, complement you bench presses with a set of pull ups or barbell rows to create a superset.

Supersets can be upgraded to an extreme level, by creating circuits of several exercises performed with little to no rest between them. Although this approach is absolutely exhausting, the rewards of it are certainly worthy. The principle of combining the exercises is the same as with supersets, hitting the opposing muscle groups with a sequence of exercises. To create a circuit, just start adding one set of each exercise that you’ve planned to do on the current day, with as little rest as possible between them.

Normally, you would like to use this approach to give your body a total workout, hitting each muscle group with equal intensity. However, you can also narrow this technique to a just a couple of muscle groups (biceps and triceps for example) to provide them with a more rounded workout. However you decide to go about it, there is one thing for certain, it will increase your heart rate throughout the workout and reduce the time you spend in the gym.

Include Drop Sets Into Your Routine

The opponents of the previous two approaches, which rely on exercise combos, argue that they are not as efficient in muscle building, because your heart and whole body becomes fatigued as you are not providing the muscles with sufficient time to rest. As a result, supersets and circuits are mostly done using lighter weights.

If you’re one of those guys that are not as willing to give up heavy lifting, but you still want to increase the volume of your workout in a given period of time, the solution is performing drop-sets.

The trick in performing drop sets is starting the lift by performing a set with the heaviest load. When fatigue starts to kick in, you drop the load by 10-15% and immediately continue the set. By dropping the weight you are increasing the set length and still use heavier loads.