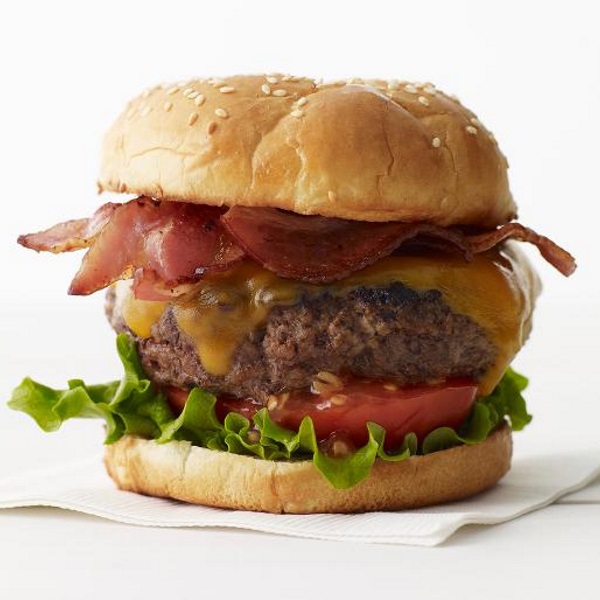 Plus, how to temper the negative effects of consuming fat-packed foods in general.

When it comes to nutrition and fitness, timing is everything. (Just read The Best Times of Day to Maximize Your Fitness for proof.) For example, recent research found that when guys ate carbs after exercise, they torched more fat in the three hours post-workout than if they ate carbs before. Now, scientists have pinpointed an optimal time to eat saturated fats to minimize their negative effects.

In the Texas A&M Health Science Center and Texas A&M AgriLife study, researchers discovered what makes saturated fats “bad” may have more to do with when you eat them than anything else. “[Because] chronic inflammation is determined by what saturated fats you have in your diet and when you eat them…the best time to eat a high-fat meal is early in the morning,” says study author David Earnest, Ph.D. (Hello, bacon and eggs!) “And probably the worst time is late at night.”

Researchers are unclear on why, but saturated fat produces the greatest degree of inflammation when consumed late at night, increasing your risk for metabolic diseases such as obesity and type 2 diabetes. (So you might want to work on that midnight snacking habit of yours—or swap out the chips and ice cream for one of these healthier alternatives.)

The irregularity in your work schedule and mealtime from weekday to the weekend isn’t helping, Earnest says. But, there is something you can do if you’re stuck with a late-night drive thru meal. (Other than checking out what a ripped guy would eat at every fast food restaurant ever.)

The researchers examined the consumption of saturated fats versus polyunsaturated “good” fats (specifically DHA). They found that the former basically causes “jet lag” in cells so some are reset to different “time zones.” When your whole body moves into a different time zone, you’re fine for the most part. But inflammation seems to happen when some cells are shifted but others aren’t. However, when researchers disrupted the inflammatory response (caused by bad saturated fat) with DHA, the omega-3 fatty acid blocked the resetting of body clocks to the wrong time.

So, to counter the effects of consuming meals at sporadic times and eating snacks high in saturated fats late at night, it’s important to bolster your diet with foods high in Omega-3s like nuts and salmon, per Earnest.

This won’t completely block the inflammatory effects of saturated fats that cause metabolic disorders, but it will regulate their negative impact and reduce your risk for disease, Earnest says.