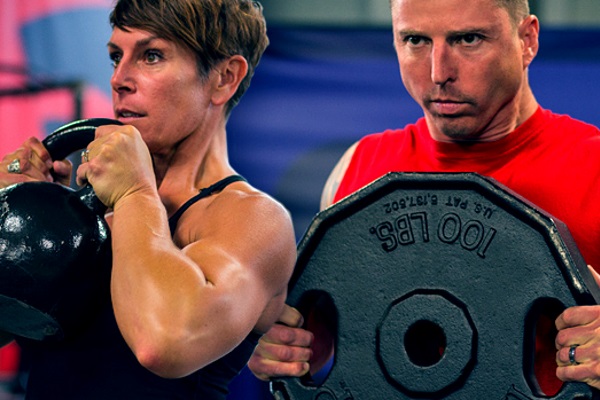 If You Can’t Do This You’re Out of Shape

Life Slaps You in the Face
Life gives you reality checks. And sometimes they sting.

In athleticism and fitness, it’s those moments when you think, “Well, I thought I was I pretty damn fit, but apparently I suck!”

We need these slaps in the face. Otherwise we’d become that 40 year-old guy with the beer belly who still thinks he’s in shape because he played high school football 23 years ago.

Maybe you got suckered into helping a buddy move his couch up a flight of stairs.

Maybe you were talked into doing a charity “fun run.” You know, as if those two things can co-exist.

Or maybe someone took a photo of you and when you saw it on Facebook your first thought was, “Who’s that chubby dude? Hold on a second… oh crap.”

Slap! Slap! That one always hurts twice as much.

It’s time to hit back.

What is Fitness?
What does it mean to be fit, strong, and athletic? Many have sought to define these terms, but let’s keep it simple.

But we also don’t want to be one of those wheezing lifters who can bench press a Buick but can’t be on top during sex lest they suffocate their partners with armpit flab.

Those folks specialize in one aspect of athleticism while other aspects suffer greatly.

So, what is “fitness” to those us who want to be well-rounded and also look good naked?

Well, you, as a fit human being and not a garden slug, should be able to do a lot of physical work without expelling a lung.

We’ve forgotten how to dig deep. And it’s not just a mental thing. Christian Thibaudeau notes:

“Being in that kind of distressed state activates a powerful survival mechanism. You create a potent growth stimulus that cannot be achieved any other way.”

In addition to work capacity and density, you should be able to use your body athletically in a number of ways, not just one or two. This means you, bench press specialist. It also means you, scrawny guy who does tons of pull-ups but can’t deadlift bodyweight.

Being able to accomplish all these things has a great side effect as well – those who can do it tend to build healthy, great looking bodies.

Challenge-Based Training
We’re calling this a “test” but it could also be called a quick workout, or more accurately, a challenge-based training session.

Not only does it test where you’re at, taking the test itself can be an effective training session when you’re short on time, a finisher, a fast warm-up, or a bonus workout.

Challenge-based training has a huge advantage over how most gym goers work out. It’s hyper-focused, there’s a specific goal, and there’s internal and external pressure to try harder when your mind starts providing plausible – but ultimately bullshit – reasons to slack off.

You know you’re doing challenge-based training when you have no desire (or time) to send a text, take a selfie, or watch one the many TV’s your lame gym has hung from the ceiling.

Now, let’s get to the test.

Set-up: Get four 100 or 45-pound weight plates, based on your strength and fitness level. These need to start on a rack or machine, like a leg press, preferably about chest height.

You’ll need about 30 yards of free space to walk and run.

Now do it twice per week, on an “off day” or as a finisher to your normal workout. Seek to beat your previous time.

In these 3 minutes or so, you’ll have completed four weighted carries of one style, two weighted carries in another style, four fast runs, and four strongman-style lifts (re-racking the weights from floor to chest-height rack.)

You’ll also be sucking air, dumping body fat, and having epiphanies about the meaning of life. And possibly hallucinating, which is fun.

You’ll have effectively used every muscle in your body in a “functional” or real-world manner, and you’ll have taxed multiple energy systems.

Create Your Own Test
Too hard? Too easy? Can’t do this exact test in your gym? Try these ideas:

Challenge yourself. Test yourself. And when life slaps you in the face just say, “Is that all you’ve got?”