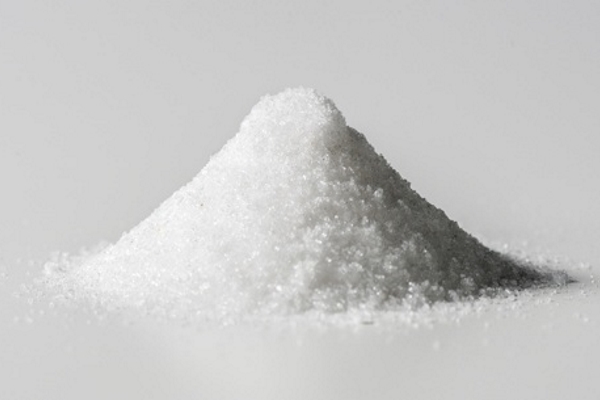 For many decades, sugar alcohols have been popular alternatives to sugar.

They look and taste like sugar, but have fewer calories and fewer negative health effects.

In fact, many studies show that sugar alcohols can actually lead to health improvements.

This article takes a detailed look at sugar alcohols and their health effects.

What Are Sugar Alcohols?
Sugar alcohols (or “polyols”) are types of sweet carbohydrates.

As the name implies, they are like hybrids of sugar molecules and alcohol molecules.

Despite the “alcohol” part of the name, they do not contain any ethanol, the compound that gets you drunk. Sugar alcohols are safe for alcoholics.

Several sugar alcohols are found naturally in fruits and vegetables.

However, most are produced industrially, where they are processed from other sugars, such as the glucose in corn starch.

Because sugar alcohols have a similar chemical structure as sugar, they are able to activate the sweet taste receptors on the tongue.

Bottom Line: Sugar alcohols are types of sweet carbohydrates that are found naturally or processed from other sugars. They are widely used as sweeteners.

Common Sugar Alcohols in The Modern Diet
There are many different sugar alcohols that are commonly used as sweeteners.

There are several differences between them, including their taste, calorie content and health effects (1).

Xylitol
Xylitol is the most common and well-researched sugar alcohol.

It has a distinct mint flavor, and is a common ingredient in sugar-free chewing gums, mints and oral care products like toothpaste.

It is about as sweet as regular sugar, but has 40% fewer calories. Aside from some digestive symptoms when consumed in large amounts, xylitol is well tolerated (2).

Erythritol
Erythritol is another sugar alcohol that is considered to have an excellent taste.

It is processed by fermenting the glucose in corn starch. It has 70% of the sweetness of sugar, but only 5% of the calories.

Along with the low-calorie sweetener stevia, erythritol is the main ingredient in the popular sweetener blend known as Truvia.

Erythritol does not have the same digestive side effects as most other sugar alcohols, because it doesn’t reach the large intestine in significant amounts.

Instead, most of it gets absorbed into the bloodstream and then excreted unchanged in the urine (3).

Sorbitol
Sorbitol is claimed to have a smooth mouth feel and cool taste.

It is 60% as sweet as sugar, with about 60% of the calories. It is a common ingredient in sugar-free foods and drinks, including jelly spreads and soft candy.

It has very little effect on blood sugar and insulin, but may cause significant digestive distress.

Maltitol
Maltitol is processed from the sugar maltose, and has a very similar taste and mouth feel as regular sugar.

It is 90% as sweet as sugar, with almost half the calories. While products that contain maltitol can claim to be “sugar-free,” it is well absorbed by the body and does cause spikes in blood sugar.

If you have diabetes, then be skeptical of “low carb” products that are sweetened with maltitol, and make sure to monitor your blood sugars carefully.

Other Sugar Alcohols
Other sugar alcohols that are commonly found in some food products include mannitol, isomalt, lactitol and hydrogenated starch hydrolysates.

Bottom Line: Many different sugar alcohols are common in the modern diet. This includes xylitol, erythritol, sorbitol, maltitol and numerous others.

Sugar Alcohols Have a Low Glycemic Index and do not Spike Blood Sugar or Insulin
The glycemic index is a measure of how quickly foods raise blood sugar levels.

Consuming foods that are high on the glycemic index is associated with obesity and numerous metabolic health problems (4, 5, 6).

The graph below shows the glycemic index for several sugar alcohols, compared with sugar and pure glucose:

As you can see, most sugar alcohols have a negligible effect on blood sugar levels. In the case of erythritol and mannitol, the glycemic index is zero.

The only exception here is maltitol, which has a glycemic index of 36. This is still very low compared to sugar and refined carbohydrates.

For people with metabolic syndrome, pre-diabetes or diabetes, sugar alcohols (except perhaps maltitol) can be considered as excellent alternatives to sugar.

Bottom Line: Most sugar alcohols have little to no effect on blood sugar and insulin levels, with the exception of maltitol.

Tooth decay is a well documented side effect of excess sugar consumption.

The sugar feeds certain bacteria in the mouth, which multiply and secrete acids that erode the protective enamel on the teeth.

In contrast, sugar alcohols like xylitol, erythritol and sorbitol actually protect against tooth decay (7). That’s one of the main reasons they are so popular in many chewing gums and toothpastes.

Xylitol is well known for its beneficial effects on dental health, and has been studied quite thoroughly (8, 9).

The “bad” bacteria in the mouth actually feed on xylitol, but they are unable to metabolize it, so it ends up clogging their metabolic machinery and inhibiting their growth (10).

Erythritol has not been studied as extensively as xylitol, but one 3-year study in 485 school children found that it was more protective against dental caries than xylitol and sorbitol (11).

Bottom Line: Xylitol, erythritol and sorbitol lead to improvements in dental health. Xylitol has been studied the most, but there is some evidence that erythritol is the most effective.

Prebiotic: Sugar alcohols may feed the friendly bacteria in the gut, having a prebiotic effect like dietary fiber (12, 13, 14).

Bone health: Many rat studies have shown that xylitol can increase bone volume and bone mineral content, which should help protect against osteoporosis (15, 16).

Skin health: Collagen is the main structural protein in skin and connective tissues. Studies in rats have shown that xylitol can increase collagen production (17, 18).

Bottom Line: Sugar alcohols may feed the friendly bacteria in the gut, and have been shown to be beneficial for bones and skin in animal studies.

Sugar Alcohols May Cause Digestive Problems
The main problem with sugar alcohols, is that they can cause digestive problems, especially when consumed in large amounts.

The body can not digest most of them, so they travel to the large intestine where they are metabolized by the gut bacteria.

If you eat a lot of sugar alcohols in a short period of time, this can lead to symptoms like gas, bloating and diarrhea.

If you have irritable bowel syndrome (IBS) or a sensitivity to FODMAPs, then you may want to consider avoiding sugar alcohols completely.

Sorbitol and maltitol appear to be the biggest offenders, while erythritol causes the least symptoms.

Bottom Line: When consumed in large amounts, most sugar alcohols can cause significant digestive distress. This depends on the individual, as well as the type of sugar alcohol.

Xylitol is Toxic to Dogs

Xylitol is well tolerated by humans, but is highly toxic to dogs.

When dogs eat xylitol, their bodies think that it is sugar and start producing large amounts of insulin.

When insulin goes up, the dog’s cells starts pulling sugar from the bloodstream.

This can lead to hypoglycemia (low blood sugar) and can be downright fatal (19).

If you own a dog, keep xylitol out of reach, or out of your house altogether.

This probably does not apply to other pets, and probably only applies to xylitol, not other sugar alcohols.

Which Sugar Alcohol is The Healthiest?
Out of all the sugar alcohols, erythritol seems to be the clear winner.

It has almost no calories, no effect on blood sugar and causes significantly less digestive problems than the others.

It is also good for your teeth, and won’t end up harming your dog.

Plus, it tastes pretty awesome. It’s basically just like sugar without the calories.