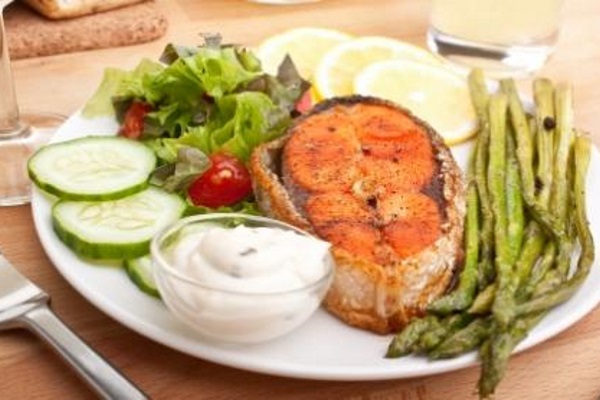 Researchers at the Norwegian School of Sport Science have good and bad news for the fans of a low-carb diet for strength athletes. If you get inexperienced women to do weight training and put them on a low-carb diet at the same time, then their fat loss is dramatic [good], but the lean body mass gain is nil [bad].

Study
The Norwegians did an experiment on a small group of 16 fat women aged between 20 and 40. Half of the women continued to eat ‘normally’. The other half was put on a ketogenic diet, following a diet in a book popular in Norway: Slank med ketolysekuren: en enklere vei til et lettere liv. The women were allowed to eat as much as they wanted, but their carb intake was restricted.

All the women – the low-carb dieters and the women whose diet had not changed – started doing weight training and did a workout lasting 60-100 minutes twice a week.

For the first 5 weeks the women used weights for which they could just manage 12 reps. After that the weight was increased, and they did sets of 8 reps.

Results
At the end of the 10 weeks, the women who had followed a low-carb diet [Lc=Ex] had lost 5.6 kg. Of that, 5.6 kg was fat. There had been no increase in lean body mass.

The women who had not changed their diet [Ex] had gained 1.6 kg lean body mass and lost 0.6 kg fat.

The figure below shows the amount of oxygen that the test subjects needed for each of the four different protocols to undertake the exertion. As you can see, the intensive exertion raised the energy burned during the moderate exertion. The shorter the resting period, the greater the effect.

If you look at the individual response of the women in the figure above, you’ll see that some of the women did build up lean body mass on a low-carb diet. One actually lost 8 kg fat and built up 3.5 kg lean body mass. That’s pretty good going in 10 weeks. But this was a ‘best responder’.

The researchers found no remarkable changes in cholesterol or triglyceride concentrations in the women’s blood.

The low-carb diet used in the experiment is a pretty extreme one. Strength athletes often reduce their carb intake during the day, but then eat controlled amounts of carbs just before, during and after a training session. Training stimulates muscle cells to absorb more glucose from the blood.