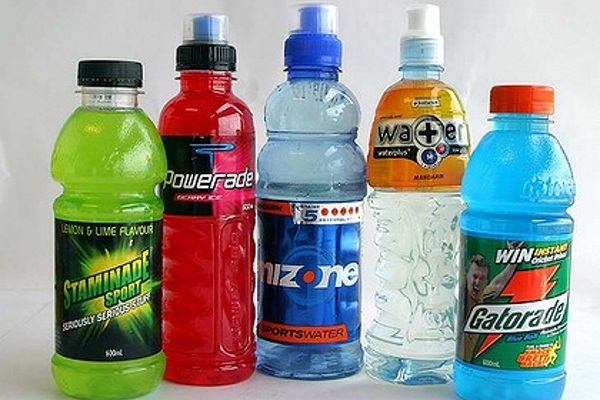 You go running and you’re going to lose a lot of fluid, but you can only take a limited amount of fluid with you. You’re better off choosing a drink that contains carbs than just water. Sports scientists at Loughborough University in England discovered that a drink containing ten percent glucose restores the body’s fluid levels for longer than a drink containing little or no glucose.

If your body dehydrates, and loses a couple of percent of its weight as a result of sweating, your brain and muscles start to function less well. Recovery from exertion takes longer as well. Rehydration can prevent this. Isotone drinks containing 6-8 percent glucose work fastest. So far nothing new, but the researchers wanted to know how long the drinks restore fluid levels for. So they got six male volunteers to cycle until they’d lost two percent of their bodyweight. Then the men drank enough to restore their fluid levels. One session they drank a drink that contained no glucose, the next session a drink containing 2 percent glucose, and the third session a drink containing 10 percent glucose. All drinks contained 25 mmoles of sodium.

The 10 percent glucose drink resulted in the lowest urine production after consumption, as the figure below shows.

The 10 percent glucose drink did make the subjects feel fuller. The researchers fear that this might mean that in practice athletes wouldn’t drink enough of this concentration. “This may result in a cessation of fluid ingestion before positive fluid balance has been attained, thereby hindering the rehydration process”, as they put it.

The Brits did not examine the extent to which this fear is justified.

The researchers do however indicate what they consider the best way to restore fluid balance: eat a well-balanced meal.