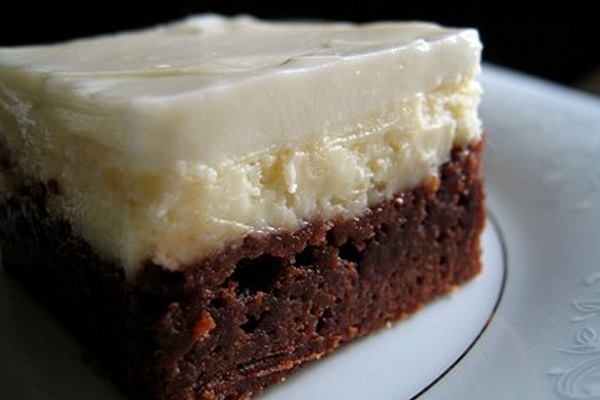 Who doesn’t love the way a creamy delicious bite of cheesecake slowly pulls off the end of your fork as you savor the rich, decadent flavor? Ooh, my mouth is watering thinking about it. But store bought cheesecake is typically a lean, healthy bodies worst nightmare. The sugar, the trans fats, possibly gluten, it is a landmine of fat storage and a sluggish body at every bite. But have no fear, I scoured the internet for a recipe that would leave you wanting more… more mouthfuls that is! And, like any good Samaritan, I took one for the team and tested the recipe out (twice, just to be sure quality control was at its finest). I do need to heed a warning. If you live alone or have zero self-control with desserts, I beg you to make a smaller version or invite people over to eat some of it. I have to confess I did eat almost half the cheesecake in less than a 12 hour period, so don’t say I didn’t warn you! This version may not have many carbs, but I’m pretty sure eating a whole cake will put you over your normal caloric intake for the day! The creamy fats are so satisfying, the chocolate is just enough to smear a grin on any chocolate lovers face and the mix of a crispier crust with a smooth rich topping will have you licking the fork, your plate and your cutting knife! (yes, I did that too – back off, I am human!)
Skinny Brownie Cheesecake, Not an oxymoron any longer!

Keto friendly Brownie Cheesecake. The original recipe I found on the awesome site www.alldayIdreamaboutfood.com and you will see my notes in parentheses on how I altered it)

Ingredients
Brownie Base:
•½ cup butter (I used Kerry Gold because it is grass-fed; making this form of far healthier than non-grass fed butter. I also cut the butter by a few TBSP and added Brain Octanefor the MCT oilbenefits)
•2 oz unsweetened chocolate, chopped (once I used Enjoy Life mini chips (they have sugar though)
•½ cup almond flour
•¼ cup cocoa powder (I used an organic powder)
•pinch salt (I used sea salt for the minerals)
•2 large eggs
•¾ cup Swerve Sweetener or granulated erythritol (I used half of each)
•¼ tsp vanilla (I used Vanillamax by Bullerproof)
•¼ cup walnuts or pecans, chopped (I left this out to lower the calories a bit)

Instructions
•For the brownie base, preheat oven to 325F and butter a 9-inch springform pan. Wrap bottom of pan in foil.
•In a microwave safe bowl or glass measuring cup, melt butter and chocolate together in the microwave in 30 second increments. Whisk until smooth. Alternatively, you can melt them together over low heat in a small saucepan.
•In a small bowl, whisk together almond flour, cocoa powder and salt.
•In a large bowl, beat eggs, Swerve and vanilla until smooth. Beat in almond flour mixture, then butter/chocolate mixture until smooth. Stir in nuts.
•Spread evenly over bottom of prepared pan. Bake 15 to 20 minutes until set around edges but still soft in the center. Let cool 15 to 20 minutes.
•For the filling, reduce oven temperature to 300F.
•In a large bowl, beat cream cheese until smooth. Beat in eggs, Swerve, cream and vanilla until well combined.
•Pour filling over crust and place cheesecake on a large cookie sheet. Bake until edges are set and center just barely jiggles, 35 to 45 minutes. Remove from oven and let cool.
•Run a knife around edges to loosen and then remove sides of pan. Cover with plastic wrap and refrigerate at least 3 hours.