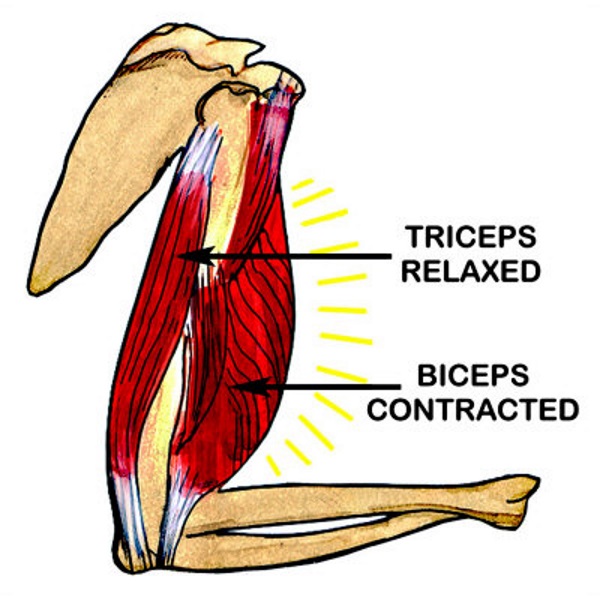 Study
The researchers divided 29 male students into two groups. The subjects in both groups trained their upper body twice a week in a gym.

One group did so by doing bench presses, lat pull-downs, dumbbell inclined presses and dumbbell rows [MJ]. The other group used the same exercises, and did the same amount of sets, but added two single-joint exercises to their routine: biceps curls and triceps extensions [MJ+SJ].

The researchers measured the muscle mass and muscle strength in the subjects’ upper arms before they started the training schedule and after the students had been doing the resistance training for 10 weeks.

Results
The subjects that had added biceps curls and triceps extensions to their workouts built up an itsy-bitsy amount more muscle mass in their upper arms than the subjects who had only done multi-joint exercises for their upper body. The difference between both groups was not statistically significant, however. So both groups built up the same amount of muscle mass.

[Hmm… Would the differences between groups still not be significant after six months of training?

Conclusion
“In summary, this study showed that the stimuli provided during multi-joint exercises were sufficient to promote gains in muscle size and strength in previously untrained subjects”, the researchers summarise. “No additional benefit was seen with the addition of supplemental single-joint exercises over a period of 10 weeks.”

“Thus, coaches and athletes could save time by not including single-joint exercises in the training program and still achieve gains in muscle size and strength.”

“Future studies should analyze the use of single-joint exercises over longer periods of time and in different populations. It would be also interesting to study this concept in lower body muscle groups.”