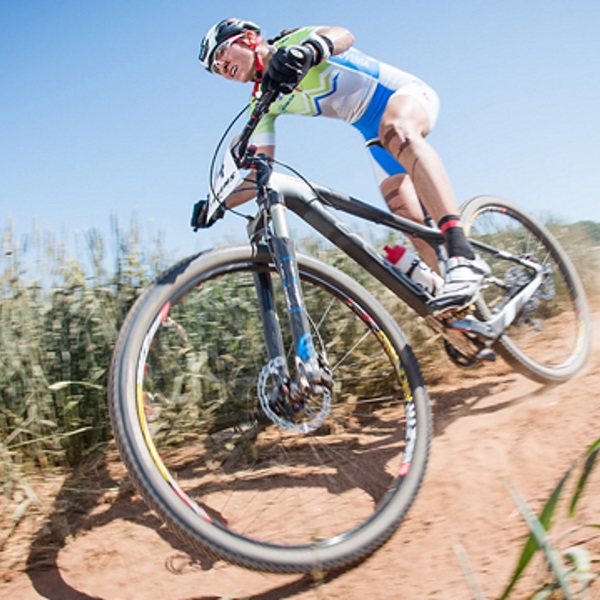 Runners who want better results when running on Saturday afternoons might be helped by Rhodiola rosea. According to health scientists at Gettysburg College in the US, the athletes’ finishing times become a wee bit sharper after taking just one capsule.

If you give that same Rhodiola rosea to people, however, the effects are not as clear since, although it sometimes improves physical achievements, sometimes it doesn’t. [Metabolism. 2007 Aug;56(8):1111-7.]

In 2004 Belgian researchers reported that taking Rhodiola rosea one time did improve achievements slightly, but that this effect didn’t increase if the supplement was used for a period of several weeks.

Study
In imitation of the Belgians, Eric Noreen at Gettysburg College studied the effects of a one-time dose of Rhodiola rosea. Noreen experimented with 20 physically active female students who had been “recruited from the indoor cycling spinning classes on campus”.

The students had to cycle a simulated 10 km twice. The programmed trajectory included a number of hills with slopes ranging from 1-5 percent.

One time the students were given a placebo before mounting their bikes, and the second time they were given a supplement with a 3 mg extract of Rhodiola rosea per body weight. The extract used consisted for 3 percent of rosavin and for 1 percent of salidroside.

Results
The subjects biked 10 km in 25.4 min after they had taken Rhodiola rosea. Those who had taken a placebo needed 25.8 min to finish. According to the researchers, the effect was probably substantial. These sharper times were found for nearly all of the subjects, as shown in the second figure below.

During the simulated bike ride, the students were slightly less tired after they had taken Rhodiola rosea.

During the bike ride, the concentration of the enzyme alpha-amylase in the students’ saliva was higher after they had taken Rhodiola rosea. This suggests a sympathetic effect, meaning that the nervous system stimulated the muscles more strongly after Rhodiola rosea had been taken.

The researchers, however, are thinking along other lines. Older studies [HerbalGram 56: 40-52, 2002.] suggest that Rhodiola rosea reduces fatigue because the herb lets the body make more pain-killing endorphins or makes the receptors for endorphins more sensitive.

Conclusion
“Acute ingestion of Rhodiola rosea by recreationally fit women can lower the perception of effort during high intensity endurance exercise, and improve performance when the goal is to complete a given distance as quickly as 15 possible”, the researchers concluded. “This has obvious implications for recreational athletes, or ‘weekend warriors’, who may choose to compete in endurance events. However, caution should be used when extrapolating these results to other populations.”