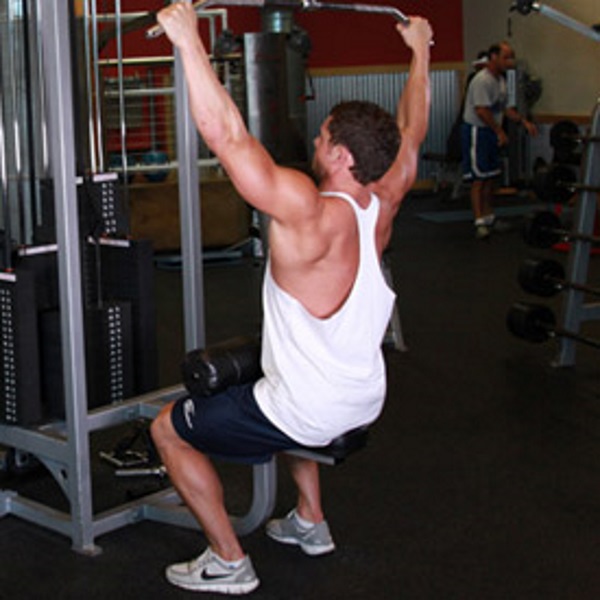 Bodybuilders build strength and muscle mass in a muscle group just as easily from doing a single-joint exercise as doing a multi-joint exercise, according to a study that sports scientists at the University of Brasilia published in the Asian Journal of Sports Medicine. So bodybuilders can develop their biceps just as well whether they do lat pull-downs or standing curls.

So what’s better?
Should bodybuilders be training their muscles by doing single-joint or multi-joint exercises? Bodybuilders can argue the toss on this for hours.

Trainers who are Cross-Fit adherents, on the other hand, think that strength athletes do better to include multi-joint exercises in their routine. This way you shift more weight, tax your body more and therefore give your muscles a bigger growth stimulus. Following this reasoning, bodybuilders looking to develop their biceps should concentrate on multi-joint exercises such as pull-ups, rows or pull-downs.

There’s something to be said for both arguments, so trainers, gurus and athletes tend to go head to head in the single-versus-multi joint exercise debate. In a situation like this you’d expect scientists, preferably using taxpayers’ money, to produce studies that add fuel to the fire, thus causing both sides to entrench, convinced that they are right and thus able to symbolically bash in the other side’s brains.

And that’s exactly what the Brazilians did.

Study
The Brazilians got 29 male students to do strength training twice a week for ten weeks. The researchers divided the students into two groups: a Single Joint Group and a Multi Joint Group. The students had never done weight training before.

The researchers measured the torque – in other words strength – that the men’s biceps were capable of developing on a Scott machine. The amount was pretty much the same in both groups.

Conclusion
“The results of the present study shows that multi joint and single joint exercises are equally effective for promoting increases in muscle strength and size in untrained men, confirming our hypothesis”, the researchers wrote.

“Based on the present results, it can be suggested that the selection between multi joint and single joint exercises should be based on individual and practical aspects, such as equipment availability, individual preferences, movement specificity, time commitment etc. Further studies are required to test if the results will be the same in trained people and other muscle groups.”