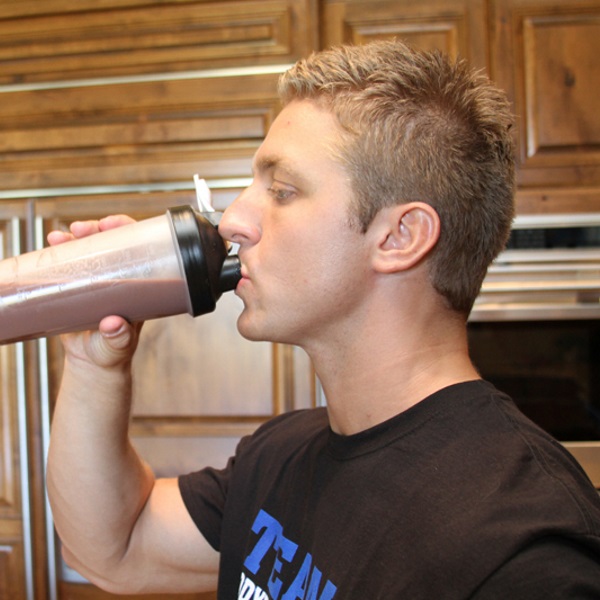 Many athletes like to consume a last protein shake just before turning in for the night. This provides their muscles with extra amino acids while they sleep, and that’s good for muscle growth, they say. And they’re right too: Dutch nutritionists confirmed the theory in Medicine & Science in Sports & Exercise.

Study
The research was carried out by sports nutritionist Peter Res [website], and is a first. It’s the first scientific study that’s been done on the effect of a nocturnal protein shake on athletes’ muscles, and thus differs from all the studies that look at the effect of protein or amino acid intake just before or after a workout.

The researchers did their experiment with 16 reasonably active – but not weight-trained – males in their twenties. During the day the men ate normally and trained their legs in the evening under lab conditions: they did eight sets on a leg-extension machine and another eight sets on a leg-press machine. Immediately after their training session the subjects were given a shake containing 60 g fast carbohydrates and 20 g whey.

The protein in the shake was radioactive, which meant that the researchers could track the amino acids in the men’s bodies.

Results
The men in the PRO group had noticeably higher levels of essential amino acids in their blood during their sleep than the men in the PLA group.

The researchers were able to follow the comings and goings of amino acid in the sleepers’ blood. The researchers also took small samples of leg muscle tissue before the men went to sleep and when they woke up. This is how the researchers found out that the intake of extra casein led to an increase in muscle protein synthesis and more muscle tissue growth.