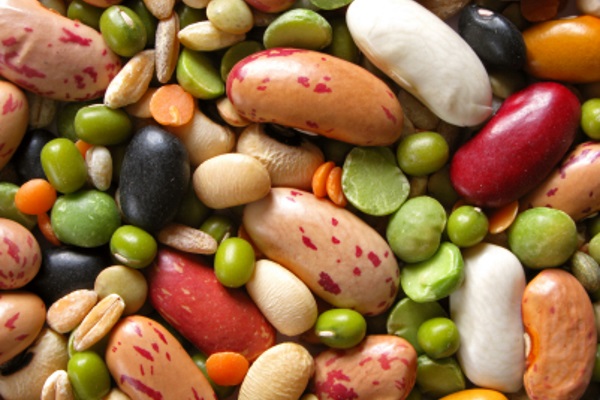 Growing numbers of people suffer from chronic kidney disease. Risk factors include diabetes, high blood pressure and – as you age – a diet containing large amounts of protein. People who want to protect their kidneys are usually advised to eat less protein. Canadian researchers suspect however, that a protein-rich diet is not always bad for the kidneys, as long as the proteins come from plants rather than animals.

Kidney & protein
Healthy kidneys filter the blood and remove toxic compounds from the body via the urine. But aging and disease can damage the kidneys and reduce their functioning, resulting in higher levels of protein in the urine and more creatinine [the waste product from creatine] in the blood. In the early stages of chronic kidney disease, the best remedy is to reduce intake of all nutrients that put stress on the kidneys. The diet recommended for someone with kidney problems, or who wants to protect their kidneys, is exactly the opposite of a power athlete’s diet. It contains little protein.

Study
The Canadians, working at the University of Manitoba, are looking for an alternative way of protecting the kidneys, and think they’ve come up with one: plant proteins. These place less strain on the kidneys, the researchers discovered when they did experiments on rats with damaged kidneys. The technical name for these animals is Han:SPRD-cy rats.

The lab animals were given the same feed, containing 17 percent protein, for a period of eight weeks. The kind of protein in each feed differed: one group got casein, a milk-based protein; the other groups got hemp, pea or soya protein. Some of the plant proteins contained much lower concentrations of some amino acids than found in casein, so the researchers supplemented these.

Results
At the end of the eight weeks, the researchers measured the effects of the different types of protein on the kidneys. The kidneys of the rats that had been given hemp and soya protein weighed less – a positive sign.

The amounts of creatinine in the blood and protein in the urine were also lower in the hemp and soya groups. In fact, the scores for the soya group were the same as those of the control group rats with healthy kidneys.

The kidneys of the Han:SPRD-cy rats in the hemp and soya groups had less fibrosis and smaller cysts than the rats that had been given casein or pea protein.

The rats that had been given hemp or soya protein also had a lighter heart muscle, which suggests that the plant-based proteins cause less increase in blood pressure. As blood pressure rises the heart has to work harder and therefore gains weight. This increase is not good.

Conclusion
So plant proteins spare the kidneys, except for pea protein. The researchers don’t know why this is. They speculate that hemp protein contains large amounts of arginine, and arginine supports kidney functioning. Soya protein contains isoflavones, which may have a similar effect, although how this works is not yet understood, as the researchers openly admit.

High-protein diets are in among athletes, weight watchers and those pursuing longevity. Going by the Canadian study it seems that this kind of diet is less taxing on the kidneys, the more hemp or soya proteins it contains.