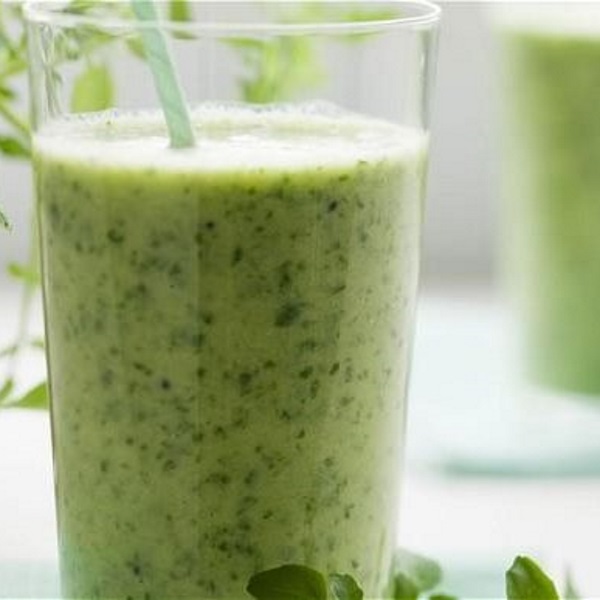 By India Sturgis The Telegraph

Carrie Armstrong’s fixation with ‘clean’ eating began, as it so often does, with good intentions. Struck down by a virus eight years ago, she was bed-bound and unable to lift her head off the pillow let alone walk.

Doctors said there was little more medicine could do so, to speed up her natural recovery, she began researching alternative remedies and healthy, body-boosting diets online.

“My first thought was no wonder I had got so sick because I’d been eating badly for years,” says the 35 year-old sports presenter from London.

“But then I starting reading about the transformative affects of giving up meat and sugar, then carbohydrates and it went from there.’

Over 18 months she dropped from 11 stone to 6.5 stone, stopped menstruating, became “completely obsessed” with “detoxing and cleansing” bordering on being fanatical about what she put in her stomach.

“I even went through a phase of only eating organic melon (because it was water-based and I couldn’t see how it would poison me). Every time I cut something out someone else – a nutritionist, well-meaning blogger or someone on a health forum – would tell me I was doing the wrong thing. I was not motivated by weight loss – it was about healing and being pure. You get an adrenaline rush from sticking to it and get stressed if I ate anything I considered ‘bad’.”

Carrie Armstrong went through a phase of eating only organic melon.

Armstrong’s case, is a text book example of orthorexia nervosa. The term was coined in 1997 when Dr Steven Bratman wrote of his personal experience of evangelical eating; he wouldn’t eat vegetables picked more than than 15 minutes earlier and insisted on chewing every mouthful 50 times. He defined the condition as “a pathological fixation on eating proper food.”

A bit like OCD and closely connected to anorexia nervosa, although sufferers are concerned with quality rather than quantity of food, orthorexia has yet to be officially recognised as an eating disorder by the Diagnostic and Statistical Manual of Mental Disorders.

“One day, after I had come back with yet another detox kit, she said to me, ‘What are you doing? That sounds like a waste of a life.’ It was then that I realized that there was nothing healthy about what I was doing”

As a result it is hard to quantify the rise in cases in recent years, although anecdotally experts and charities say it has been marked, encouraged by social media, targeting marketing and bad science.

On Instagram the hashtag orthorexia has almost 70,000 posts with users swapping clean-eating tips and dietary advice and the eating disorder charity Beat blames a shift on emphasis from losing weight to seeking physical perfection.

“The increasing emphasis on body muscle and tone over and above size and shape may well be affecting incidence of orthorexia, along with more imagery available on social media and the increase in marketed products for ‘fit’ bodies,’ says Beat’s Chief Operating Officer Lorna Garner.

Armstrong realised the extent of her orthorexia after moving in with a “glamorous” friend who she idolised. “She cooked and went to the theatre and did normal things,” says Armstrong.

“One day, after I had come back with yet another detox kit, she said to me, ‘What are you doing? That sounds like a waste of a life.’ It was then that I realized that there was nothing healthy about what I was doing.”

“It is brainwashing. I had created and bought into this belief system that if I ate meat I would eventually die”

Kevin Gianni
It is not just women who succumb. Author and wellness blogger Kevin Gianni, 36, whose health and fitness videos have had over 10 million YouTube views, suffered orthorexia on and off for almost six years.

He became a raw food vegan after being introduced to the concept by a friend and because he became preoccupied with his family’s history of cancer.

“I was eating purely, straight from the earth, as nature intended,” says Gianni who is married with two children, Hudson, 3, and Basil, 1, and lives in California.

“I ate kale salad, raw nut berries, goji berries, raw chocolate and dehydrated flax crackers. I drank green smoothies, wheatgrass and hemp milk. I was striving for dietary excellence and trying to be the best I could be. It felt great.”

But after 12 months Gianni was struggling to get out of bed before 11am, suffering debilitating cramps, anxiety and his sex drive plummeted. A blood test with a doctor confirmed he was dangerously low on key hormones.

“I was at rock bottom. I had low cholesterol, vitamin D and B12. My pregnenolone [a hormone relating to energy, memory function, stress and immunity] was in single digits and the same level as you’d find in an 85 year old man.” He was 31 at the time. But the pull to ‘eat clean’ was hard to resist.

“It is brainwashing. I had created and bought into this belief system that if I ate meat I would eventually die. So many things in our lives are out of our control. For me, orthorexia was about control.”

He started to reintroduce food such as yogurt into his diet and slowly reaped the benefits including improved energy and better sleep. Now Gianni gets blood tested every year, look at the results and determines what to do from there.

Getting annual blood tests to tailor a diet regime is becoming an increasingly popular trend.
Indeed, using annual blood tests to tailor your diet regime is a trend that is gaining traction among disillusioned foodies. Markers gauge cholesterol, cortisol, pregnenolone, vitamin B12, vitamin D and iron to determine which diet – from gluten free to Paleo and Atkins to the 5:2 – might work best for you. You are monitored by a registered expert and rather than blindly cutting out whole food groups, moderation is often preached.

Sport nutritionist James Collins at Harley St clinic The Centre for Health and Human Performance says that diets outlawing whole food groups are causing more deficiencies than he’s ever seen before. Context, he says, is essential.

“The core principles of a diet might be good but if you’re applying them to someone who is training at the gym daily, working a 10 hour day or has two children, energy levels are going to flat-line. The result can be reduced concentration, coordination and irritability and depression.”

James Collins conducts blood tests for clients at his clinic to better understand their metabolism and spot any alarming deficiencies.

It’s good to want to be healthy but the overriding advice from health professionals is in agreement with Oscar Wilde: “Everything in moderation, including moderation.”