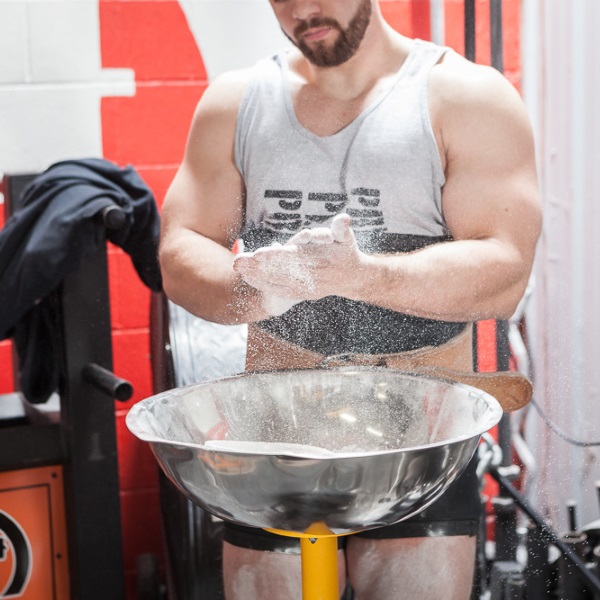 Mythbusters is back with its latest installment of in your face, non-stop action! We’re dwelling into and disseminating the truth behind many training, nutrition, and industry trends, often accompanied by pseudo-scientific ridiculousness that has little scientific support or even practical rationale. Sadly, training and nutrition myths proliferate for nearly every person who trains, either recreationally or competitively. Despite what ”TV” doctors, or any other celebrity endorsement (thanks Gwyneth Paltrow), dubious testimonials, books, or media and consumer outlets say, some of them are totally ridiculous and some of them have—like anything else—a grain of truth. The Research Meathead has come to your rescue once again and has activated the “bullshit” meter, pulling no punches. We’re working our way through some of the most heinous training and nutrition myths that continue to plague the industry that just won’t die. We are laying the Smackdown with real truth and real science. Although this is not an exhaustive list, it’ll help set the record straight.

Myth 204: Increased Cortisol Is Going to Ruin Your Training

Truth: People can react to a stressor in different ways. When the stress is prolonged and seen as hopeless, the individual becomes more distressed and feels defeated. This activates the hypothalamus in the brain. What follows is a cascade of hormonal pathways resulting in the final release of cortisol from the adrenal cortex.

Cortisol is a steroid hormone that is produced in the cortex of the adrenal glands located on top of each kidney. Many factors can cause the release of cortisol such as fasting, food intake, exercising, awakening, and psychosocial stressors (3, 8, 35). One of the many “never-ending’ myths about cortisol stems from the catabolic nature of resistance training. Specifically, training in the gym is mainly catabolic and anabolism takes place outside in the gym during recovery.

Okay, okay, we know this. So what? For some unexplained reason, many have this belief that you only want to train a certain duration, otherwise cortisol will increase substantially and wilt you down into an oblivion. They often believe that cortisol is merely “all a rage” and “bad.” Many people, (exercisers, coaches and trainers) make big issues about the overall duration of their workout, due to the thinking that ‘cortisol’ is going to put them into the ground. Although cortisol is catabolic in nature, first and most important, those studies examining cortisol throughout a given workout were examined with endurance runners. Second, there is marketable difference between continued endurance events versus strength training performance regimens for brief periods of time, or short bursts followed by resting.

In addition, short-term increases in cortisol are NOT catabolic (36). Cortisol is mainly facilitated on a DNA level, and helps increase the transcription (i.e. transcription factors) of various types of DNA. Thus, cortisol is a slower acting hormone. Short-term increases in cortisol from a given training session are more indicative of the difficulty of the training, amount of damage, amount of stress, and metabolic stress (36). Hence, if your workout was effective, it should be doing these things. Recent research shows that cortisol is not catabolic, and not associated with lack of hypertrophy, but that cortisol is elevated after exercise programs that induce hypertrophy and is more strongly associated with hypertrophy and lean body mass (36).

However, I am not saying that Cortisol is anabolic, but that short-term elevations in cortisol are more indicative of a good quality training session because of the amount of stress. Also, the short term increases in other hormones (testosterone, GH,) are not as critical as traditionally thought. However, they (other hormones) are not unimportant, but there is more data that suggests it’s the overall chronic levels of testosterone and other anabolic hormones that pave the way for overall hypertrophy responses than short-term increases. (25, 26)

Myth 205: You Only Need The Big Three to Get Strong

Truth: Sorry to bury your hopes and dreams but the “big three” powerlifts—the squat, the bench press, and the deadlift—just aren’t enough to promote maximal or optimal hypertrophy and overall max strength. However, instead of taking this out of context, this is not a universal prospect, as exceptions do exist. Let’s get more specific.

The main mechanisms that promote muscle hypertrophy are 1) mechanical tension (time under tension), 2) metabolic stress, and 3) muscle damage (25, 27). In short, in order to promote optimal hypertrophy, you need to stimulate all three mechanisms. However, most people simply stress TUT to a greater degree than metabolic or even muscle damage. In addition, very compelling evidence has shown that a certain degree of damage is necessarily to facilitate increases in strength and hypertrophy, particularly with eccentric training and its overall effectiveness to training (14, 16, 19). For example, the deadlift is a great strength exercise but overall falls short when is comes to promoting total body hypertrophy.

Stated another way: I didn’t say you can’t build hypertrophy with the deadlift. You certainly can. But the deadlift alone isn’t a great hypertrophy-building movement. This is mainly due to the lack of eccentric activity coinciding with deadlifting. Case in point, there is very little eccentric loading and activity, and very little TUT (time under tension) especially if you count the time the muscles are actually producing a lot of force, rather than the time that the lift lasts. Similar notions hold true for the bench and squat.

Here’s the real deal. The greater the hypertrophy, the greater increases in PCSA( physiological cross-sectional area) of the muscle, the more CSA you have, the more contractile proteins (actin and myosin) you have per cross-sectional area, and thus the better capability you have to generate fore and power. Ever see a pro powerlifter who did not have large cross-sectional areas of muscle in their backs, arms and legs? The overwhelming majority of the strength gains that accompany max strength are facilitated through volumes of work through hypertrophy at various rep schemes, manipulation of eccentric duration, isometrics, high intensity techniques, exercise variations, and volume changes. All effect outcomes of strength and hypertrophy.

Myth 206: You Cannot “Fat Adapt” Your Way to Training

Highly trained individuals and athletes have a much better ability to utilize fats and carbs during training and recovery periods, and have a greater affinity to switch fuel usage for training and non-training days (i.e. metabolic flexibility). Adaptations that enhance fat usage in trained muscles involve improving fatty acid availability to the muscle and mitochondria and improve the ability to oxidize fatty acids. These adaptations lie largely within endurance training but in recent years have transitioned over to lifting and other competitive sports (i.e. fat adapt). From a nutritional perspective, this has to do with the concept on fat adaptation. “Fat adaptation” is a protocol in which mainly endurance athletes consume a high-fat, low-carb diet for up to 14 days while undertaking their normal training (both high volume and high intensity) (38). It can also be used as a stand-alone dietary strategy or can be followed immediately by a period of CHO restoration, consuming a high-carb diet and tapering for 1–3 days.

Further, there exists a lot of controversy regarding the specific approaches to take and which fuel source people believe to be the “best”, as many feel that fat should be the main preferred fuel source over carbs for training. This is grounded in the belief that it enhances performance to a greater extent while others, and some scientific evidence says otherwise. This, of course, is highly variable for each person, population (i.e. diabetes, fat loss clients, athletes), sport, individual responses to training and nutrition, goals, and genetics. There is no one-size fit all approach. Due to these physiological occurrences, you can now begin to understand the idea and real life applications of how energy intake can influence substrate oxidation, the importance of nutrient timing; it’s effect on muscle strength, hypertrophy, and protein synthesis, all of which govern and effect the large implications of sports performance.

15. Leonard MM and Vasagar B. US perspective on gluten-related diseases. Clinical and experimental gastroenterology 7: 25-37, 2014.