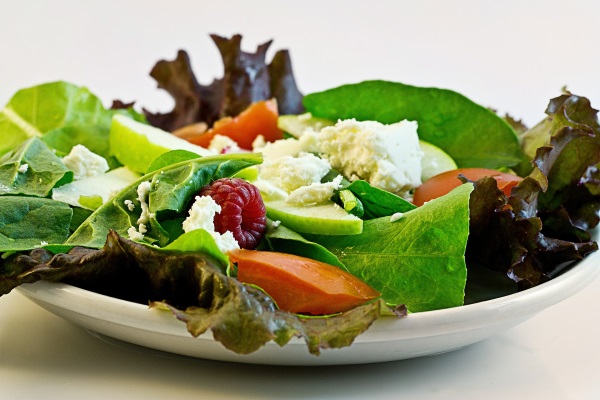 Mythbusters is back with its latest installment of in your face, non-stop action! We’re dwelling into and disseminating the truth behind many training, nutrition, and industry trends, often accompanied by pseudo-scientific ridiculousness that has little scientific support or even practical rationale. Sadly, training and nutrition myths proliferate for nearly every person who trains, either recreationally or competitively. Despite what ”TV” doctors, or any other celebrity endorsement (thanks Gwyneth Paltrow), dubious testimonials, books, or media and consumer outlets say, some of them are totally ridiculous and some of them have—like anything else—a grain of truth. The Research Meathead has come to your rescue once again and has activated the “bullshit” meter, pulling no punches. We’re working our way through some of the most heinous training and nutrition myths that continue to plague the industry that just won’t die. We are laying the Smackdown with real truth and real science. Although this is not an exhaustive list, it’ll help set the record straight.

Myth 201: Stay Away From Gluten, It Will Kill You

Truth: We’ve all heard the “war on carbs” phrase and recently have created the “gluten will kill’ and gluten is “toxic” crazes. It’s true, our bodies repeatedly undergo natural detoxification through various excretory functions, mainly through the liver, kidneys, and even sweat (although less pronounced).

So what are these toxins? In it’s simplest form, it means a biologically produced poison. In a broad sense, it includes worldwide dissemination of industrial chemicals, pesticides, heavy metals and radioactive elements (5). In current nutrition and training culture, we often like to narrow down and categorize specific foods as “toxins”, and completely disregard everything else that could be categorized as a toxin. The fact is, few know what gluten truly is yet erroneously claim that it will make you fat, bloated, and that eating it is analogous to Satanism. The problem is that anti-gluten has developed into an exaggerated food movement that has disregarded the true nature of society’s unhealthiness, gluttony for food and beverages and shortage of exercise, and instead evolved into a “reign of terror” for gluten.

There are three major players when it comes to issues of gluten: Celiac Disease, Wheat Allergy (WA), and Non-Celiac Gluten Sensitivity (NCGS). Celiac Disease is an auto-immune-mediated reaction to gluten, which occurs in genetically predisposed individuals (24) and damages the small intestines. Individuals with CD react to dietary proteins, called prolamins, in certain grains. Although all grain products, including rice, contain prolamins, the specific prolamins found in wheat (gliadin), rye (secalin), and barley (horedin), have been shown to be the ones implicated to cause an immunologic reaction in those who have CD.

A genetic predisposition and exposure to gluten are necessary but not sufficient to develop CD (15). A distinguishing aspect of wheat allergy compared with CD is wheat allergy often develops throughout early infancy or toddler years and is less common in adolescents and adults. Non-Celiac Gluten Sensitivity (NCGS) is now commonly used to describe those who have a reaction to gluten without meeting the criteria for Celiac or Wheat allergy. Despite the severe lack of published epidemiological studies on gluten sensitivity, it is estimated that the prevalence of gluten sensitivity is between 3–6% (4, 17, 18).

Although immune mediated, the pathogenesis of NCGS is unknown (1). The idea that gluten itself is the number one villain creating metabolic madness is not only false, but is accompanied by an abundance of pseudoscience and exaggeration. Recent studies also raised the possibility that, beside gluten and wheat, low-fermentable, poorly absorbed, short-chain carbohydrates (2) can contribute to symptoms. Considering gluten has a deleterious effect on such a small proportion of the population, and even those that ought to be “careful” also represents a small percentage, it’s safe to say that the other 90%+ of individuals are just fine. Based on the science, and considering the nocebo effect, who’s to say those who withdraw from gluten feel better because of the gluten? In all likelihood, it’s because they have eliminated refined processed foods. Fact is, the promulgation of gluten creating serious adverse health effects for the overwhelming majority of individuals is misleading and erroneous.

Truth: “Clean” is a rather misleading term. It’s what launched the fat-free, cholesterol/saturated-fat-phobia that plagued the 80’s and 90’s and actually contributed to the horrendous prevalence of obesity today. There are still bodybuilders and fitness competitors out there who avoid perfectly nutritious foods that they feel are not “clean” enough (whatever that means), yet they’re perfectly okay with downing a giant proprietary blend of stimulants full of human-engineered ingredients, then slamming non essential supplements after training. Irony at its finest.

Much of the present day rules on “clean eating” are essentially adaptations of dogma from the 1980’s and 1990’s fat phobia that continue to plague the nation today. Numerous bodybuilders and physique competitors alike thrive themselves on being hardcore but yet neglect foods like fruit and dairy throughout their training. It must be all a conspiracy (conspiracy theorist stand up). Nonetheless, it’s likely this debacle was created from the pre-contest “getting ripped” process, that included reduction in carbohydrate consumption. Essentially, milk and fruit got blamed as the worst thing since the great depression on all fronts, despite only applying to aggressive diet and carb-restriction approaches. The two most commonly cited features of foods considered clean are a lack of processing and a high nutrient density.

First, foods in their naturally occurring state are often referred to as clean rather than foods that are altered or engineered or removed from their original “wholesome” state and are deemed not clean. For example, most supplements are dirty, since they often undergo extensive processing and are far-removed from their original source. Yet whey protein has a higher total than all other proteins tested, including beef, egg, milk, and soy based on biological value, protein efficiency ratio, net protein utilization, and protein digestibility corrected amino acid score (12, 32). It also has numerous positive effects on muscle strength, lean body mass and body composition (6, 13, 29, 31). Second is nutrient density. Based on the science from Miller and colleagues, (20) there is no scientific consensus on what nutrient density actually means. Specifically…

“There is currently no science-based definition for either nutrient density or nutrient-dense foods. Without a definition that has been developed using an objective, scientific approach, the concept of what is a “nutritious” food is subjective and, therefore, inconsistent.”

Oftentimes, context is lost among us. Attempting to define nutrient density of food on an individual basis have often failed and not an ideal strategy and may even be counterproductive. Thus, labeling foods with higher or lower ratio of macronutrients to overall calories or high ratio of calories to any micronutrients would seem plausible. However, many athletes, particularly endurance athletes utilizing a high exercise demand that warrants high volume would experience deleterious effect on performance if energy density were disregarded.

Ultimately, it’s impossible and unrealistic to criticize a food in isolation from the rest of the diet. In addition, it’s impossible and unrealistic to criticize a diet without any base knowledge or any comprehensive understanding of the specific training protocol, goals, responses to training, and overall tolerances of the individual. One of the primary consequences of dichotomizing foods as “good” or “bad, or “clean” or “dirty’, is that it can initiate a withering relationship with food.

To help illustrate this, Smith and colleagues (28) found that flexible dieting was associated with the absence of overeating, lower bodyweight, and the absence of depression and anxiety. They also found that a strict all-or-nothing approach to dieting was associated with overeating and increased bodyweight. A similar study (30) found that rigid dieting was associated with symptoms of an eating disorder, mood disturbances, and anxiety. Flexible dieting was not highly correlated with these qualities. While these are observational study designs with self reported values, those who spend enough time surrounded by legit fitness and nutritional professionals know findings from these studies have a higher degree of accuracy than what you might you think. Lastly, it’s wise to keep scientific research at the head of the class, but you should also not discount personal experience or client and athlete feedback.

Truth: WRONG! While moderate-intensity steady-state aerobic exercise (the “fat-burning zone”) results in an increased percentage of fat burned during a workout, total caloric expenditure and lipolysis (i.e., fat breakdown) are substantially lower but yet greater in an HIIT protocol. The resulting effects on fat loss are significant. Tremblay et al. (33)) who compared two groups of subjects: an endurance-trained group versus an HIIT-trained group. Despite a significantly lower energy cost of the HIIT workout at the end of the study, participants in the HIIT group experienced a nine-fold greater reduction in skinfold thickness. Several factors appear to contribute to this lipolytic advantage.

For instance, HIIT increases the body’s potential to use lipids as an energy substrate to a greater extent than steady-state aerobic exercise, with an increased up-regulation of enzymes responsible for beta-oxidation (fat loss) (33). Often, these workouts are described as a compromise between sustained moderate-intensity training and sprint-interval training. From the science, it shows that the cardiovascular adaptations to HIIT are similar to and in some cases superior to those of continuous endurance training (7, 9, 11, 21, 37). Increased mitochondria size and number is an adaptation you gain and has become a hallmark adaptation to HIIT (10).

15. Leonard MM and Vasagar B. US perspective on gluten-related diseases. Clinical and experimental gastroenterology 7: 25-37, 2014.