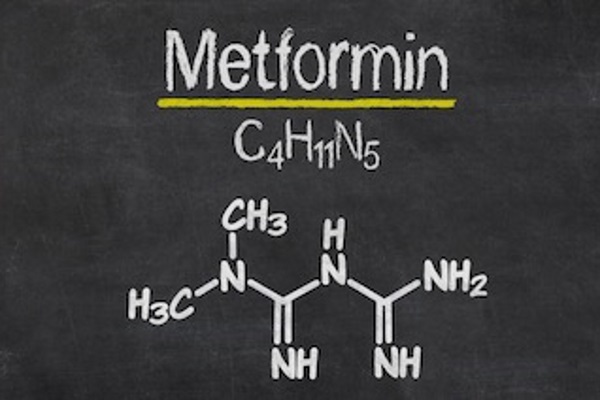 Over the last few years insulin sensitizers, and metformin in particular, have become quite popular among bodybuilders due to their many positive effects, one of which is the ability to combat growth hormone/exogenous insulin induced insulin resistance. While their physique and health enhancing benefits are undeniable, many have begun utilizing these compounds indiscriminately, adhering to a more is better philosophy in terms of dose, frequency of use, and the number of compounds employed. This may be advantageous with some drugs, but is it true in this instance?

Insulin sensitizers are rather unique in that many of their positive and negative effects are mediated through a single pathway; an enzyme known as adenosine monophosphate-activated protein kinase, or AMPK for short. Acting as a cellular energy regulator, AMPK is responsible for maintaining cellular energy homeostasis via the regulation of ATP levels. When the body is exposed to stresses that deplete ATP, such as heat shock, or much more commonly, low blood glucose and hypoxia as a result of diet and exercise, this enzyme is activated. As a result, processes which involve ATP consumption (fatty acid and cholesterol synthesis) are turned off, while processes which involve ATP production (fatty acid and glucose oxidation) are turned on in an attempt to replenish cellular energy levels.

This has a number of beneficial effects. It improves insulin sensitivity (via improved insulin receptor function and increased Glut-4 translocation), increases glucose uptake into muscle tissue, simulates fat loss, improves cholesterol values, and results in an overall improvement in metabolic health. With such a diverse number of benefits and with all of them directly applicable to the goals/circumstances of a bodybuilder, referring to these compounds solely as “insulin sensitizers” undermines their full value. Nevertheless, it makes sense why so many have chosen to include them in their programs.

Unfortunately, when it comes to bodybuilding, their negative effects have the potential to outweigh the good. Of course, rather than having undesirable effects in an area of minimal significance, they hit us right where it hurts by blunting protein synthesis, and often in more than one way. Protein synthesis is a very energy consuming process, so naturally, it makes sense that AMPK would work to limit it, which it does by inhibiting the activity of a protein called mTOR (mammalian target of rapamycin). As a critical player in the initiation of protein synthesis, any decrease in mTOR signaling is technically a bad thing for bodybuilders. You see, AMPK and mTOR are oppositional in nature in the sense that when one is activated, the other is typically suppressed, but this doesn’t mean that it’s impossible to activate both at the same time. In fact, there are several scenarios in which this can happen, making it a regular occurrence for bodybuilders. This is possible because AMPK doesn’t inhibit mTOR directly. Rather, it inhibits another protein that increases mTOR, so by manipulating those aspects of our physiology that interfere with this function, we can minimize AMPK’s negative effect on protein synthesis while continuing to receive its benefits.

Up to this point, I haven’t addressed metformin directly, but have referred to sensitizers in general. Here’s where that changes. While the majority of sensitizers (including metformin) in use today work to increase insulin sensitivity via AMPK activation, metformin has other negative effects on androgen receptors which compound its negative effect on protein synthesis, the most problematic of which is its ability to reduce androgen receptor density. In other words, this stuff doesn’t just have a suppressive effect on androgen receptor function, it actually gets rid of them! Being that androgen receptor signaling is the primary mechanism through which testosterone and other steroids stimulate muscle growth, anything which eliminates this critical mediator not only reduces the rate of muscle growth, but total growth potential as well.

Metformin has also been proven to reduce endogenous testosterone production in both men and women—significantly. This may not matter much to steroid using bodybuilders who are already experiencing H.P.T.A. suppression, but to a natural bodybuilders or those engaged in PCT, it is about the worst possible side effect. In terms of non-protein synthesis related side effects, metformin impairs thyroid function by inhibiting TSH (thyroid stimulating hormone) production, thereby lowering T4 and T3 levels. I could list numerous other well known side effects ranging from lactic acidosis to digestive upset, but I will stop there. For all these reasons and more, and given the fact that natural alternatives exist which have been clinically proven to work just as well without these side effects, I can see no good reason why a bodybuilder would continue using this drug once informed of the risks.

When reviewing the various natural insulin sensitizers, berberine appears to be the most potent (there are many other useful sensitizers, as well), providing insulin sensitizing effects equal to metformin when compared on a mg per mg basis. However, berberine has not been shown to cause many of the more serious side effects associated with metformin use, such as decreased androgen receptor density. Neither does it appear to lower testosterone levels. In fact, there is substantial evidence to indicate that berberine may have a positive impact on testosterone levels in both men and women, as has been demonstrated in several in vitro clinical trials. THS levels also remain unaffected and when it comes to digestive compatibility, it is well tolerated. Berberine also has several other benefits which positively affect whole-body health, such as the ability to improve cholesterol levels, reduce inflammation, and protect against oxidative damage. These are only its clinically proven benefits. Researchers speculate that there are still many others.

Despite this, many of you are probably wondering if even natural alternatives like berberine should part of your program, given the potentially negative effects of AMPK activation on protein synthesis. Without the right information, the kneejerk reaction might be to run the other way. After all, what could be more important to a bodybuilder than protein synthesis? However, when taking the bigger picture into consideration, it quickly becomes apparent that these fears are unfounded. In reality, a little AMPK activation isn’t going to have a noticeable impact on muscle growth. We already activate AMPK whenever we do cardio, yet cardiovascular exercise has proven to be a complement to our mass-building efforts, not a detriment.

Still, if we are going to be activating AMPK to a greater degree than normal, we should take steps to ensure mTOR continues exerting its anabolic effects at maximum capacity/near maximum capacity. Fortunately, mTOR can be activated in many different ways, and with bodybuilders already taking advantage of many of these on a continual basis, there is no danger of suppressing growth rate to a significant degree. Factors such as training, diet, drug use, and even the consumption of certain amino acids are all capable of activating mTOR to various degrees. When combined, they can provide a dramatic increase in mTOR that far exceeds the inhibitory influence of any insulin sensitizer, not to mention the positive effects that sensitizers themselves have on recover and growth via improved insulin sensitivity, increased Glut-4 expression, increased muscle glucose uptake, etc. There really is no need for concern. Real-world results confirm this, with innumerable bodybuilders having reaped the benefits of these products without any report of hindered growth.

Still, proper use should be dictated by one’s circumstances. Obviously, off-season bodybuilders attempting to maximize muscle growth shouldn’t load up on them 24/7. Rather, they should be used on an as needed basis, such as with moderate-large carb containing meals. On the other hand, pre-contest bodybuilders prioritizing fat loss will benefit from utilizing them more often. In conclusion, natural insulin sensitizers can be a valuable addition to one’s program, whereas pharmaceutical preparations like metformin just have too many negative side effects to justify their use in bodybuilders, especially with more suitable alternatives are available.