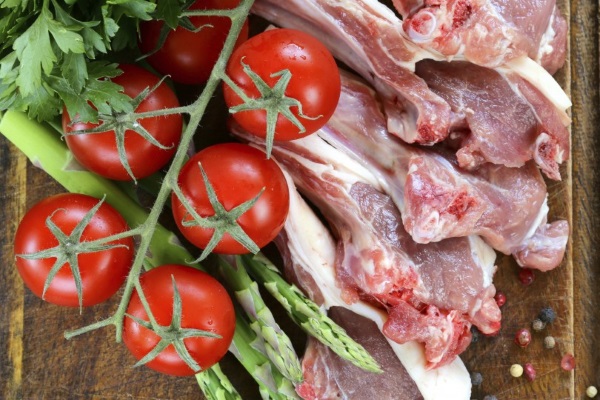 Trained athletes who a) cycle hard for an hour a day and b) eat little carbohydrate produce less testosterone and more cortisol [structural formulas shown below], write physiologists from the University of North Carolina in the European Journal of Applied Physiology.

Intensive training requires energy. If there’s no more glucose available for your muscles and they are forced to turn to fat for burning, your body starts to produce more cortisol to provide more energy. Cortisol stimulates the conversion of proteins into glucose. This is not desirable, but even worse; cortisol also depresses the production of steroid hormones like testosterone.

In a nutshell, this is what’s behind the advice to athletes to keep their training sessions down, both in time and intensity, and to eat before, during and after a session. In the eighties, experts claimed that it was carbohydrates above all that protected against muscle breakdown.

Nowadays sports scientists and nutritionists are less enthusiastic about carbohydrates. The low-carb diet is wildly popular, and comes in all shapes and sizes. This research suggests that there may be a shadow side to the low-carb diet.

When the researchers measured the concentrations of free testosterone and cortisol in the subjects’ blood, they noticed that in the Low CHO group these declined during the trial.

Sports scientists are interested in the ratio between free testosterone and cortisol. This remained more or less constant in the Control CHO group. In the Low CHO group, however, it declined rapidly.

The experiment only lasted 5 days. From other studies – and also from the experiences of people who go over to a low-carb diet – we know that the body takes a few weeks to get used to a lower carbohydrate intake. The athletes in this experiment may well have reacted differently if the experiment had lasted a few months instead of a few days.

One of the take-home messages of this study is that, especially if you’re on a low-carb diet, it seems like a good idea to consume the carbs you are allowed near to your training session.