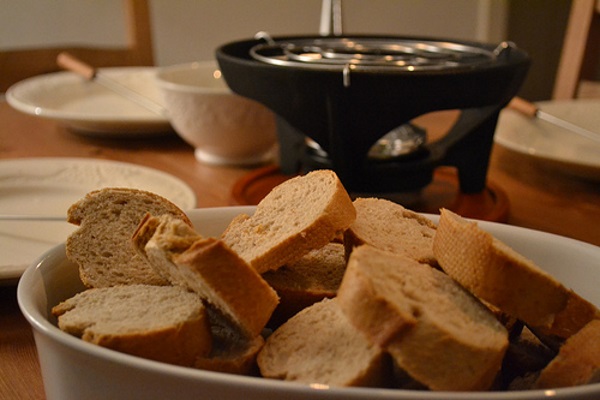 If you are slimming you’ll lose weight quicker if you confine your carb intake [like pasta, rice, bread, potatoes and fruit] to the evenings. Nutritionists at the Hebrew University of Jerusalem discovered this when they put about sixty overweight policemen and women on a six-month diet.

Intermittent fasting
Intermittent fasting is popular the sports world, not least because of the good results that trainers and athletes have had with this. Take a look at the website of bodybuilder, trainer, consultant and writer Martin Berkhan [leangains.com]. The essence of intermittent fasting is that, instead of trying to divide up the different classes of food you eat, as many dieticians recommend, you concentrate your food intake so that you have relatively long periods of not eating.

There are several ways of doing intermittent fasting. Berkhan advises that you only eat during an eight-hour period of the day, and that you plan your workouts in the first part of that eight-hour period. Your biggest meal, which is also the one containing the most carbs, you plan for after your training session.

Study
That this approach may be effective is suggested by the Israeli study, which will soon be published in Obesity. In the study, test subjects with a BMI of over 30 followed a diet that contained 1300-1500 calories per day. The energy was derived for 20 percent from proteins, 30 percent from fat and 50 percent from carbohydrates.

Results
Concentrating the carbohydrates in the evening meal resulted in a higher weight loss, as the table below shows. The control group lost five kg fat; the experimental group lost seven kg.

The researchers asked the police subjects how hungry they felt, and translated their answers into hunger-satiety scores [H-SSc]. The higher the score, the less the hunger. As the experiment wore on, the sensation of hunger diminished in the experimental group.

Conclusion
“We have demonstrated improvement in hunger/satiety status, persistence in the weight loss process, better anthropometric outcomes, improved insulin sensitivity, improvement in metabolic syndrome parameters, less inflammation and hormonal changes, following simple carbohydrate manipulation”, the researchers conclude. “Our results provide a scientific basis for proposing possible dietary alternatives that may be beneficial for people suffering from obesity, insulin resistance, and the metabolic syndrome and experiencing difficulties in maintaining a weight loss diet over the long term.”