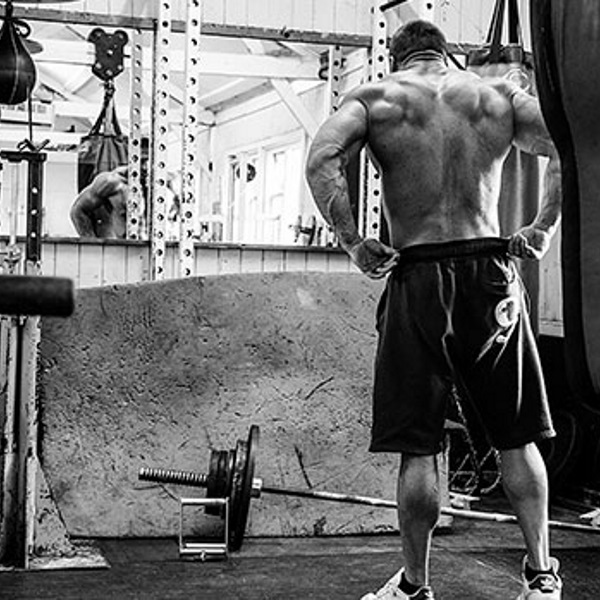 RP-21: Strength Training and Aesthetic Training
Programs are typically designed to focus on one aspect of your fitness with a smaller focus on other areas. Some workout plans are designed mainly for changes in the aesthetic quality of your physique. Let’s call them “bodybuilding” programs. Others are designed mainly to get you stronger in the big lifts and help you hit new PRs in the 1-5 rep range.

There’s some overlap here of course. You can get stronger with a bodybuilding-focused program and you can get bigger with a strength-focused plan. But what if there was a way to blend strength, performance, and aesthetics into one system? That’s where RP-21 (Rest-Pause 21) training comes in. When you run the training system properly, you’ll get stronger, increase performance in the gym or in your sport, and build a great looking physique.

The Power of Training Density
Unlike traditional programs where you rest up to several minutes between sets, rest-pause training generally incorporates heavy weights with short rest periods, usually around 10 to 15 seconds. It’s a way to increase both training density and training efficiency with big compound movements.

But what if you did 285×3 for 7 sets, resting only 1 minute in between rounds? That’s 6 minutes of rest plus an estimated 8-15 seconds per set. This puts us at 7-10 minutes to complete those 21 reps while using a heavier load. And that’s RP-21. It allows you to get more done – more load and more reps – in less time.

Frequency and Exercises
This is a four-day-a-week lifting program. The best split is:

RP-21 Parameters
The average weight percentage to use for RP-21 is 70-80% of a 1-rep maximum. So if you can deadlift 405 pounds, 285 pounds is good place to start your first week of the program. Start on the low percentage end, closer to 70%. You don’t want to set yourself up to fail right away and put the kibosh on any further progression in the following weeks.

The opening sets and weight may not feel tough. The goal is to find an opening week number and build from there. If 70% of 1RM isn’t comfortable for you, then start lighter. As each week passes, the weight will get heavier and the rest period will feel like it’s getting shorter. You’re guaranteed to run into a wall of pain and doubt very soon. RP-21 will sneak up on you, real nasty like.

The RP-21 set is the most important set of your workout, so prepare your mind and body for it. Success requires struggle and there will come a time in RP-21 when you can’t get to 21 reps. Anyone who’s training hard will eventually get folded. So let’s say you fail and the total rep number for your chin-ups is 15 for that day. You’ll just try to improve on that number the next week. If you can’t reach 21 at a certain weight within 3 workouts, sub out that move for a different one that targets the same muscles.

7×3 Then 6×5
The first exercise is always 7 sets of 3 with 60 seconds of rest. The subsequent sets are 6×5 rest-pause sets with 30-seconds of rest between sets.

The 6×5 sets are muscle incinerators as they’re also performed with a light-moderate to moderate load that feels very unforgiving after a few short rounds. The 6×5 sets are important because they’re where you earn your conditioning, character, and toughness.

The Workout Plan
You need to have an idea what your max is in the exercise that you choose. You can do this by maxing out a few weeks before you start the program or if you’ve maxed out within the last 1-3 months, use that number. This will give you a good starting point on week one. If the weight is too heavy or too light, make adjustments.

The great part about RP-21 is that you can be flexible with movements. Rotating your movements is a great idea when it comes to building a respectable physique. On the other hand, worrying about trying to find out where to add in your cable curls is a bad plan for long-term success.

The moves that you need to do will be responsible for the vast majority of your improved performance and physique. A sample RP-21 mesocycle is below. Run this at least 3 weeks before a deload week.

Options and Deloading
Any of the exercises above could be replaced with another tough move that will target the muscles in a challenging fashion. You should stick with the same segment of movements for 3 weeks before thinking about changing them slightly or doing a deload.

RP-21 is a high intensity protocol that classifies as low-to-moderate volume. Offsetting it every 3 weeks with a higher volume scheme (Gironda 8×8, German Volume Training, 5×10, etc.) is a great idea for building a complete physique. You can’t go high intensity and heavy loads every single week. At that rate, your joints and your performance will start to unravel.